Imperius, Anduin, Qhira, Deathwing, and more: Heroes of the Storm 2019 in review 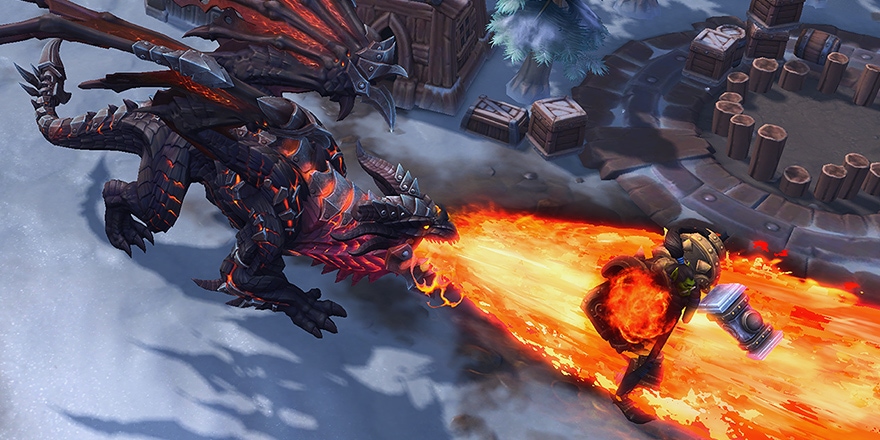 2019 was a year full of radical new approaches in Heroes—we experimented with our biggest Hero ever, Deathwing, a new slice of the Nexus’ lore in Qhira, and our very first Nexus Anomaly, Experience Globes, among others. We added game-changing Heroes to the roster—including Imperius and Anduin—and seasonal events offered quests and skins that allowed us to pummel our enemies in style. To top it off, we added both innovative and quality-of-life features to the game, including more accurate roles and descriptions, mastery rings, and the very first multi-hero mount.

Here’s a deeper look at some of our favorite moments from the year.

Starting the year off with a power move, the leader of the Angiris Council and Aspect of Valor Imperius arrived to purge darkness from the Nexus. Imperius valiantly led armies of the High Heavens against the forces of hell, and as a Bruiser, there’s no shaking his resolve nor his constitution. This Archangel was one of the most highly requested Heroes, and his entrance was a beacon of hope to all.

The High King of the Alliance, Anduin, made his royal Heroes debut in early 2019. After his father fell to the Burning Legion, he learned that peace must be fought for wherever it is challenged—even in the Nexus. 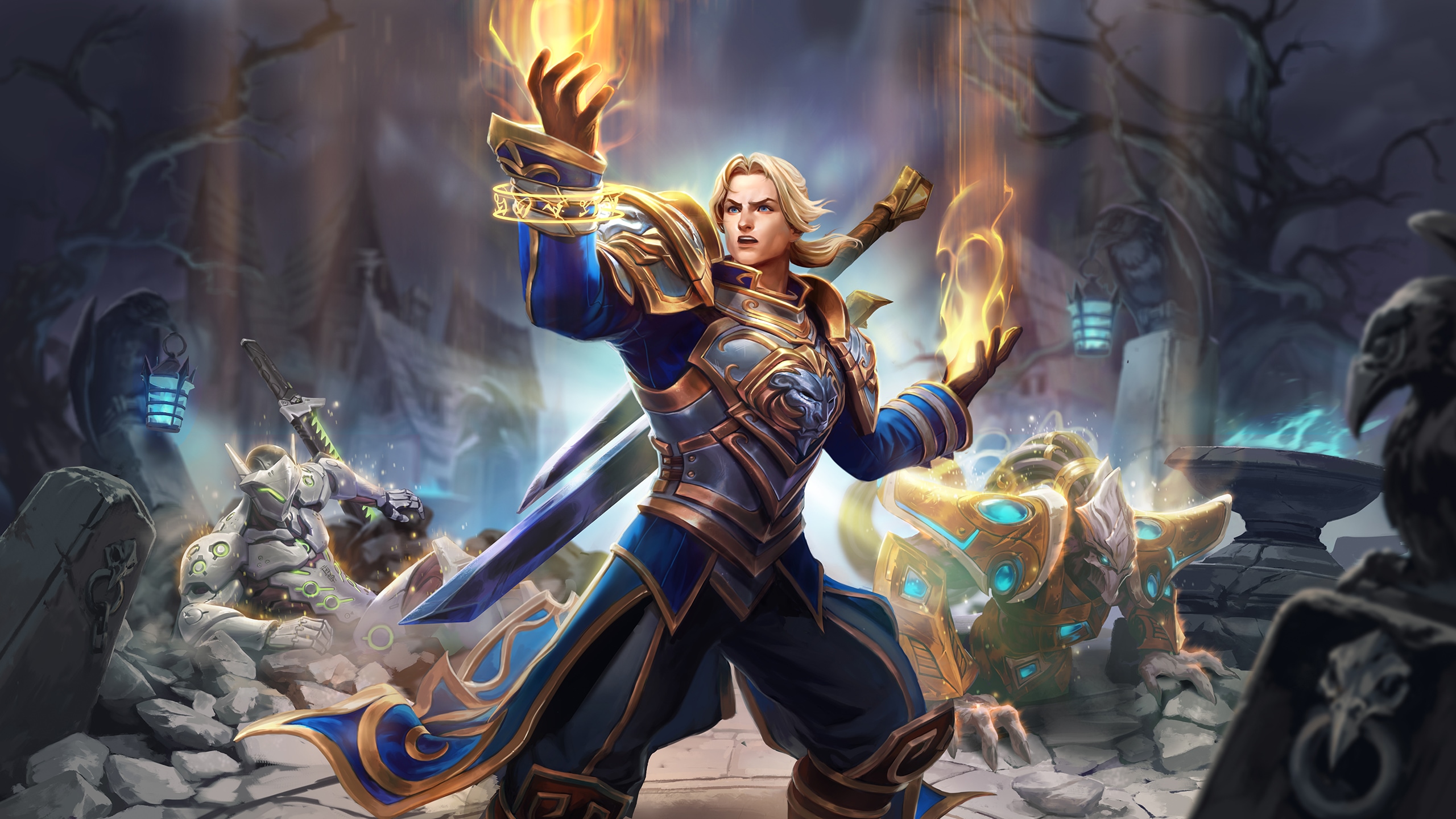 “Justice didn’t come for you—I did.” The Iresian Bounty Hunter Qhira, a Melee Assassin, came for her enemies in the Nexus in summer 2019. Qhira is the second Hero, after Orphea, who is exclusive to Heroes of the Storm. After the Iresian people tore their realm apart in a struggle for power, Qhira escaped with a Chainblade and began her search for survivors. However, if she finds an enemy Hero instead, she’s sure to make quick work of them before escaping with her Grappling Hook. 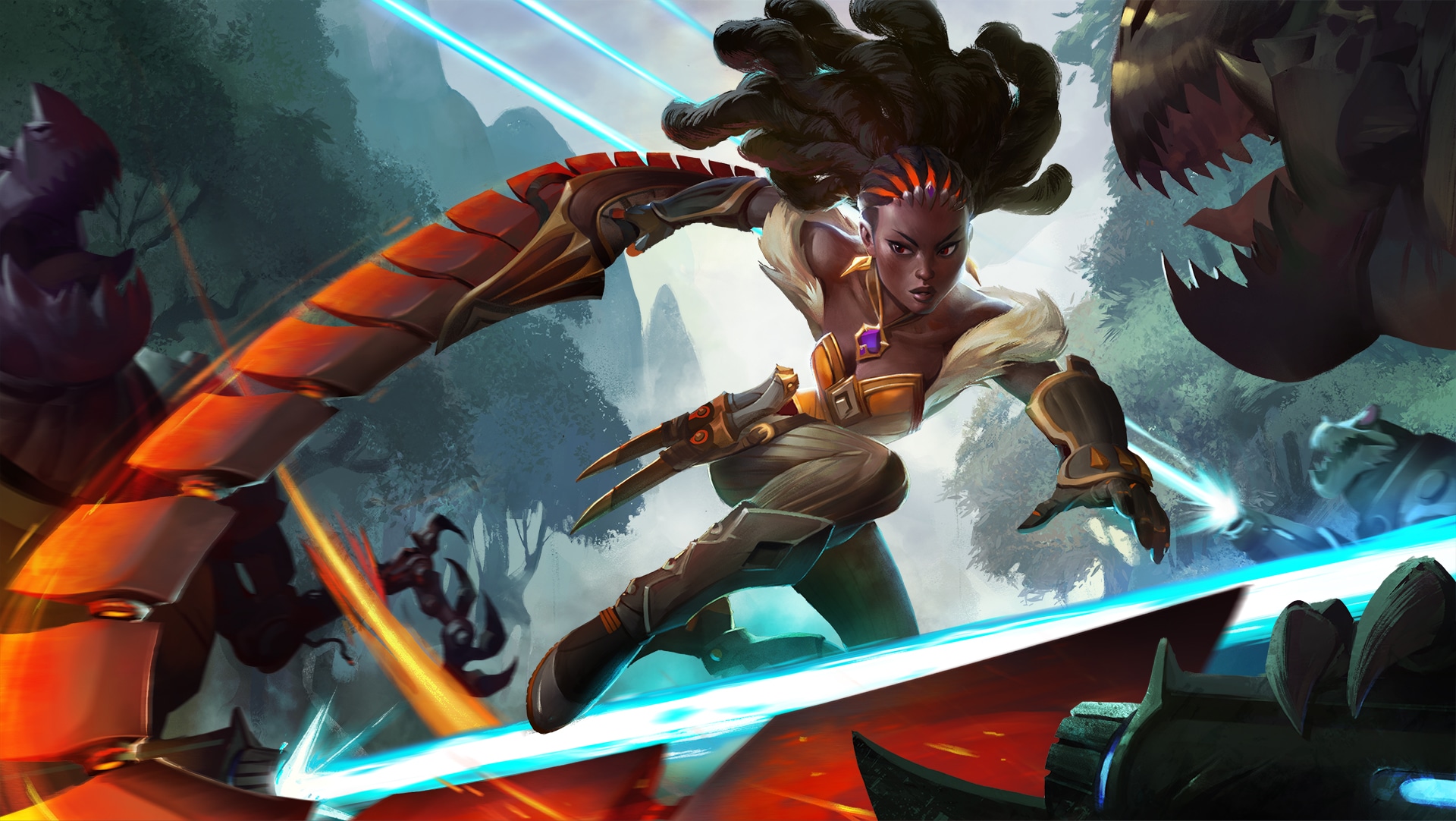 Announced just before BlizzCon, the dragon of many names shocked the world when he staked his claim on the Nexus at the tail end of 2019. By far the most requested Hero, Deathwing is the first on the roster to be permanently unstoppable and immune to both Crowd Control and allied abilities. He has two forms, Destroyer and World Breaker, which give him access to different abilities—whichever he uses, he rains terror on his foes. 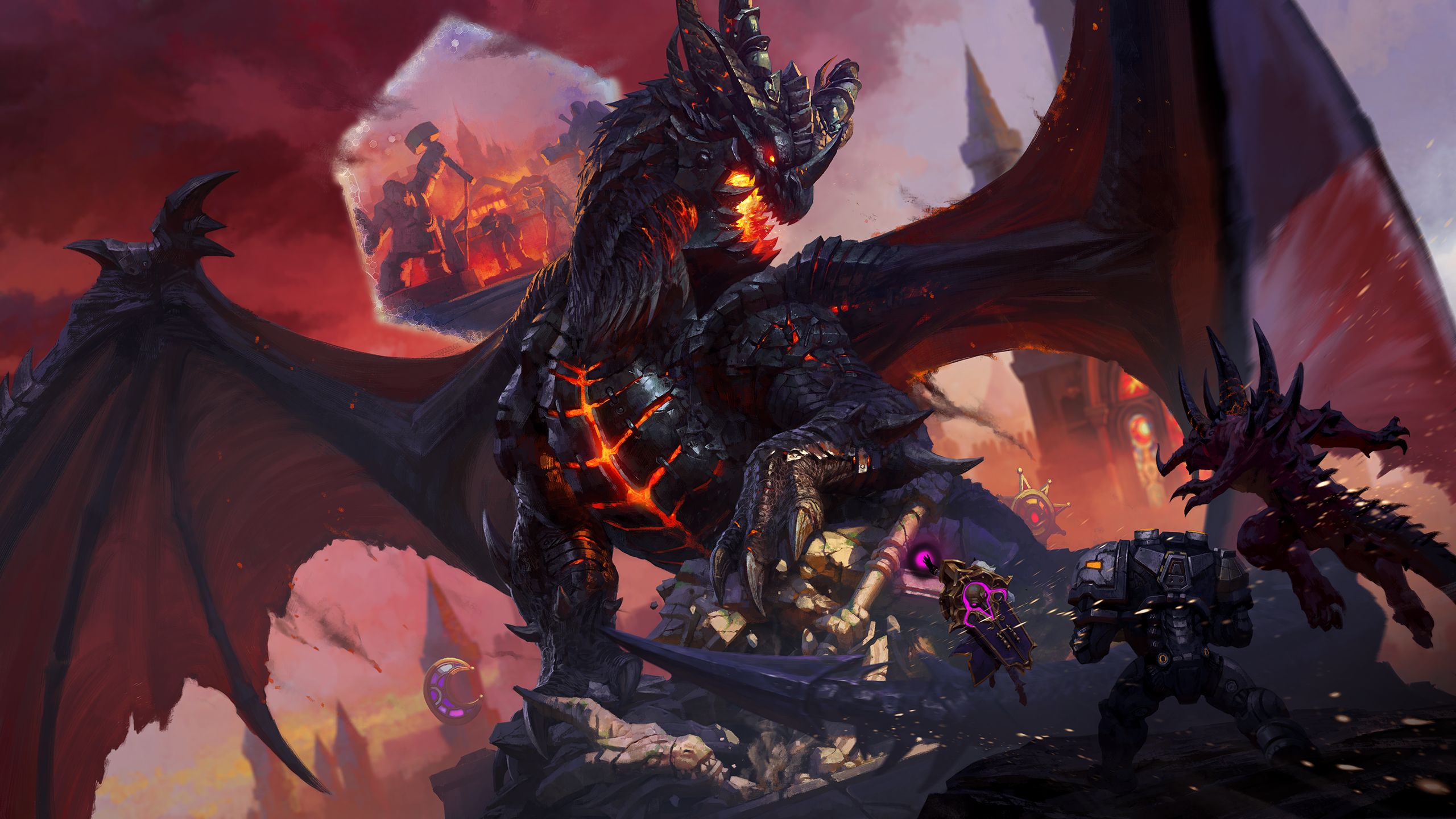 The Heroes 2019 spring event took place in Caldeum Acropolis, a city where all struggle to find their place in a cyberpunk dystopia. In this event, the Azure Dragons and Onyx Turtles gangs, led by Chromie and Kharazim respectively, clash against the Jigoku Cybernetics Corporation and their elite agents over systemic oppression. Caldeum Complex featured a quest chain loaded with rewards, and players had the chance to earn unique skins such as Street Cyborg Kharazim and Techno Vandal Chromie.

The evil forces of Xenotech returned in summer 2019 with new skins like Mecha Yrel and Mecha Valla, special event quests, and bundles. This year Xenotech Malthael was at the head of the invasion, but a new generation of young pilots stood valiantly against the mecha Archangel of Death’s chaos and destruction.

2019’s fall event took place in New Tirisfal City, where the largest criminal empire in the city, headed by Whitemane, was finally set to receive some payback. Players had the chance to go through with Baby-Face Orphea’s, Wiseguy Junkrat’s, and Bama “The Hammer’s” plan to infiltrate Whitemane’s Scarlet Mafia and abscond with their biggest haul yet. With all the drops during this event, it was practically a steal.

2019 reminded us to appreciate the smaller things in life—like fun-sized Heroes, for example. The Toys event returned in the winter with an array of themed collectibles, such as the new skins Tickle Mephisto, Cosmonaut Qhira, Galactic Force Valeera, and more. The event also included Heroes of the Storm’s very first multi-hero mount, the Toy Train.

As the roster and breadth of mechanics steadily increased, new roles and descriptions were created in the first quarter of 2019 to more closely represent Heroes currently in and coming to the Nexus. The new Hero Roles were: Tank, Bruiser, Support, Healer, Melee Assassin, and Ranged Assassin. (Tag yourself.)

As of 2019, reaching level 15 with a Hero means you can unlock the ability to use a Mastery Ring! Mastery Rings came to the game late in the year as a bit of extra flair that displays on a Hero in-game. They are purchasable with gold and upgradable with additional purchases, so the humble-brag progression is ever-present.

The little engine that almost didn’t, really did! The Nexus’ very first multi-hero mount made its arrival at the end of 2019 along with the Toys event. All aboard!

Thank you for being part of another great year of Heroes of the Storm. See you in the Nexus for another year of fun!