Everything You Need to Know About Draconic Lackey

There is a new Lackey in the Tavern courtesy of the new Descent of Dragons expansion, the [[Draconic Lackey]]! If you check out the card description, you’ll see that Draconic Lackey is a 1 mana 1/1 that Discovers a Dragon. If you’re playing Standard, Draconic Lackey will pull from all collectible Dragons in Standard, and if you’re playing Wild it will pull from the pool of Dragons in Wild. It follows the normal Discover rules, meaning you will only get to choose between Neutral Dragons and those that belong to the class you play. 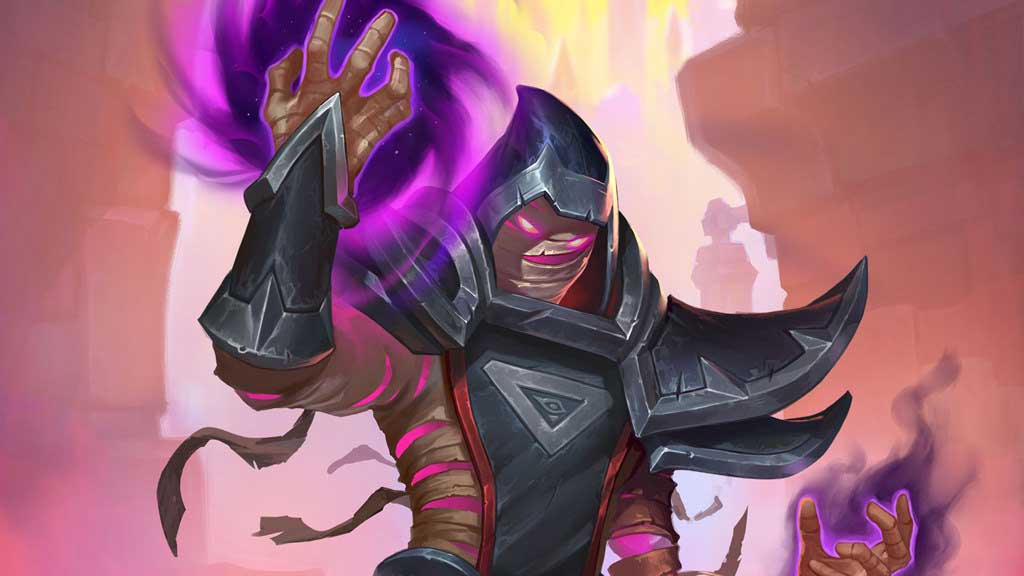 Lackeys are also generated in Galakrond Rogue every time Galakrond is Invoked, and with the use of [[Galakrond's Guile]].

Like other Lackeys, Draconic Lackey is an non-collectible card generated by several cards introduced since the Rise of Shadows expansion. There are seven Lackeys in total, so there is a ~14% chance of getting a Draconic Lackey every time one is generated.

“It’s a very strong inclusion toward the overall Lackey pool,” said Masters Tour Bucharest Champion Eddie "Eddie" Lui. “The overall quality of the Dragons in the pool has also increased dramatically since the new set came out. When playing Draconic Lackey, in most matchups, you’ll want to look at your future curve and decide which Dragon might be the best suited for the situation.”

Quest Shaman is one of the most prominent Lackey-dependent decks on the ladder currently. Outside of that, Eddie thinks Draconic Lackey feels best in Highlander decks—his favorite being Rogue—where it can generate [[Dragonqueen Alexstrasza]] in the late game and develop a huge board.

2019 Global Finals Champion Xiaomeng “Liooon” Li agrees. “Lackeys this expansion should largely benefit Rogue and Shaman decks,” said Liooon. “In Highlander Rogue, I look for Dragonqueen Alexstrasza to produce significant tempo swings. You can look for [[Deathwing, Mad Aspect]] for board clear when playing Warrior, or other high-value Dragons when playing matchups like Quest Shaman versus Control decks.”

Liooon said the Draconic Lackey generally comes in handy when you’re looking for high-value in the late game. “It’s also common to see other classes add a single Lackey card in their build,” Liooon said. “For instance, Control Warrior with [[EVIL Quartermaster]] or Nomi Priest with [[Whispers of EVIL]].”

“My favorite Dragons to get from Draconic Lackey are [[Evasive Wyrm]], [[Evasive Drakonid]] and the Dragons that cost 9 mana or more,” said seasoned Hearthstone esports veteran and 2017 World Champion Chen "tom60229" Wei Lin. “Draconic Lackey is extremely powerful when you're playing an aggro deck and run out of cards. It will help aggro decks stay in the mid-game and late-game.”

Game Designer Stephen Chang is focused on Hearthstone card design and worked on the year-long Lackey mechanic. “We had a lot of ideas for different Lackey designs that we wanted to introduce after Rise of Shadows and ultimately whittled them down to the ones that best fit the gameplay and theme of Saviors of Uldum and Descent of Dragons,” Stephen said. “We wanted a defensive Lackey for Saviors of Uldum, and thus [[Titanic Lackey]] was born. Originally it summoned a 1/3 minion with Taunt, but that felt very similar to the [[Faceless Lackey]] from Rise of Shadows. So, we changed it to a minion buffer, which felt a lot better and made it so and you would want Titanic Lackey in different situations from the rest of the Lackeys in the pool.”

For Descent of Dragons, the idea was to create a Lackey focused around the theme of the expansion. “One of the areas that was lacking a bit (no pun intended) was a good value generator from hand,” said Stephen. “We already had [[Ethereal Lackey]] which generated some value, but usually you would want to use it to find removal options. Draconic Lackey always gives you a minion, so it can help give you a threat on the board and activate some of the cards that need Dragons in your hand for value. As a bonus, it helps showcase all of the cool Dragons we added in the set!”

Now go forth, play that Draconic Lackey with purpose! We hope you’ll Discover the right fire-breather for the situation at hand.