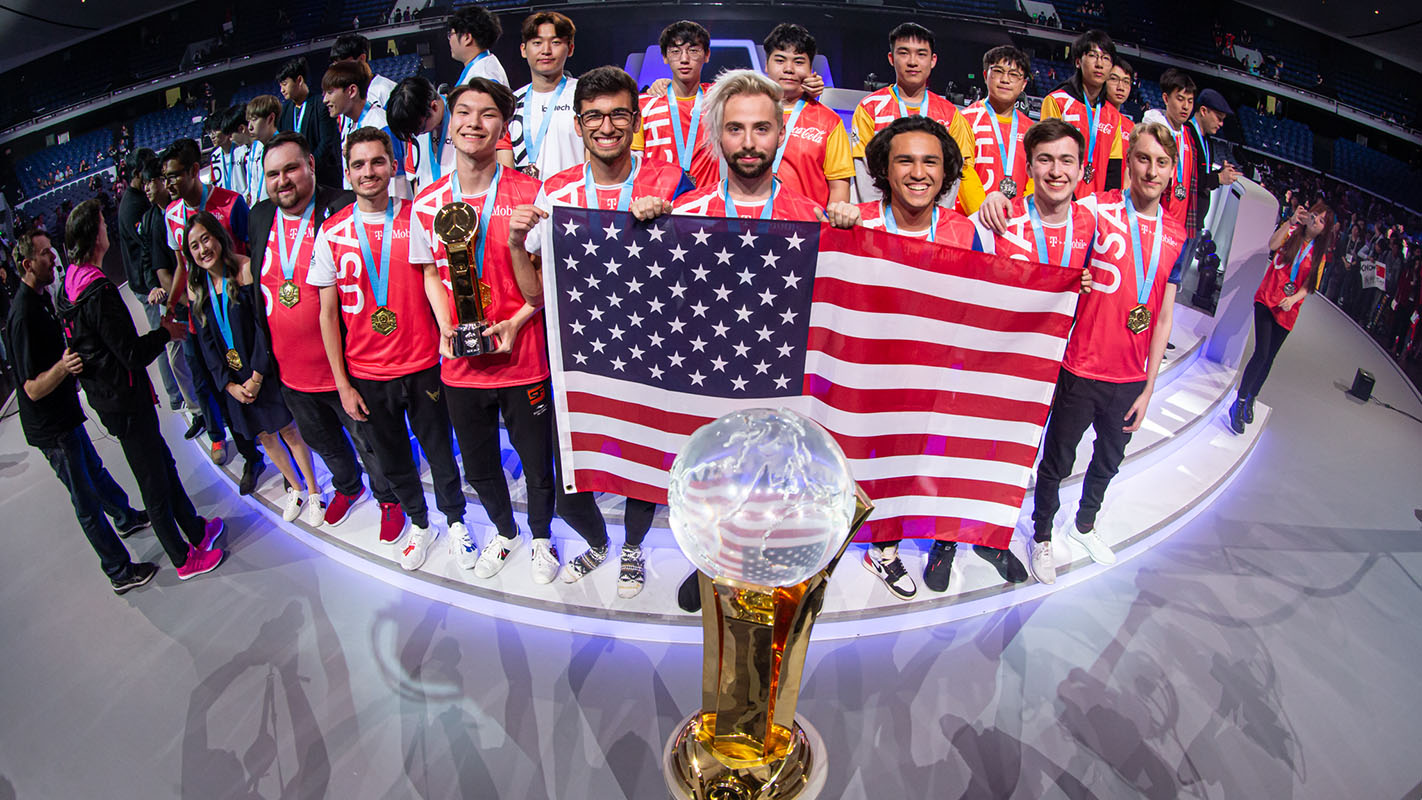 When Shane “Rawkus” Flaherty walked into the press conference area late Saturday evening, the haze of triumph in the air was still fresh. He and his Team USA teammates settled into their seats, two golden trophies exuberantly smudged by fingerprints set on the table like conspicuous dining table centerpieces. And then, suddenly, the fog was broken.

“Last time I was here was when I lost,” he said. “I was just sitting here feeling depressed!”

If only the Rawkus from last BlizzCon could see him now: an Overwatch World Cup gold medalist, part of a Team USA roster that will go down in history as the first to break South Korea’s stronghold on the tournament.

“It feels so good, actually, to finally do it,” he said. “I don’t even have words to explain how I feel right now, it was something that I wanted to do no matter what. I wanted to finally get the win after doing so bad the last two years.”

“Last year we just thought as players, as everybody, we thought we would only have to worry about Korea, so we only reviewed for Korea,” Sinatraa said. “But this year we reviewed literally every possible team that we could play and every map, every comp, everything about them.” 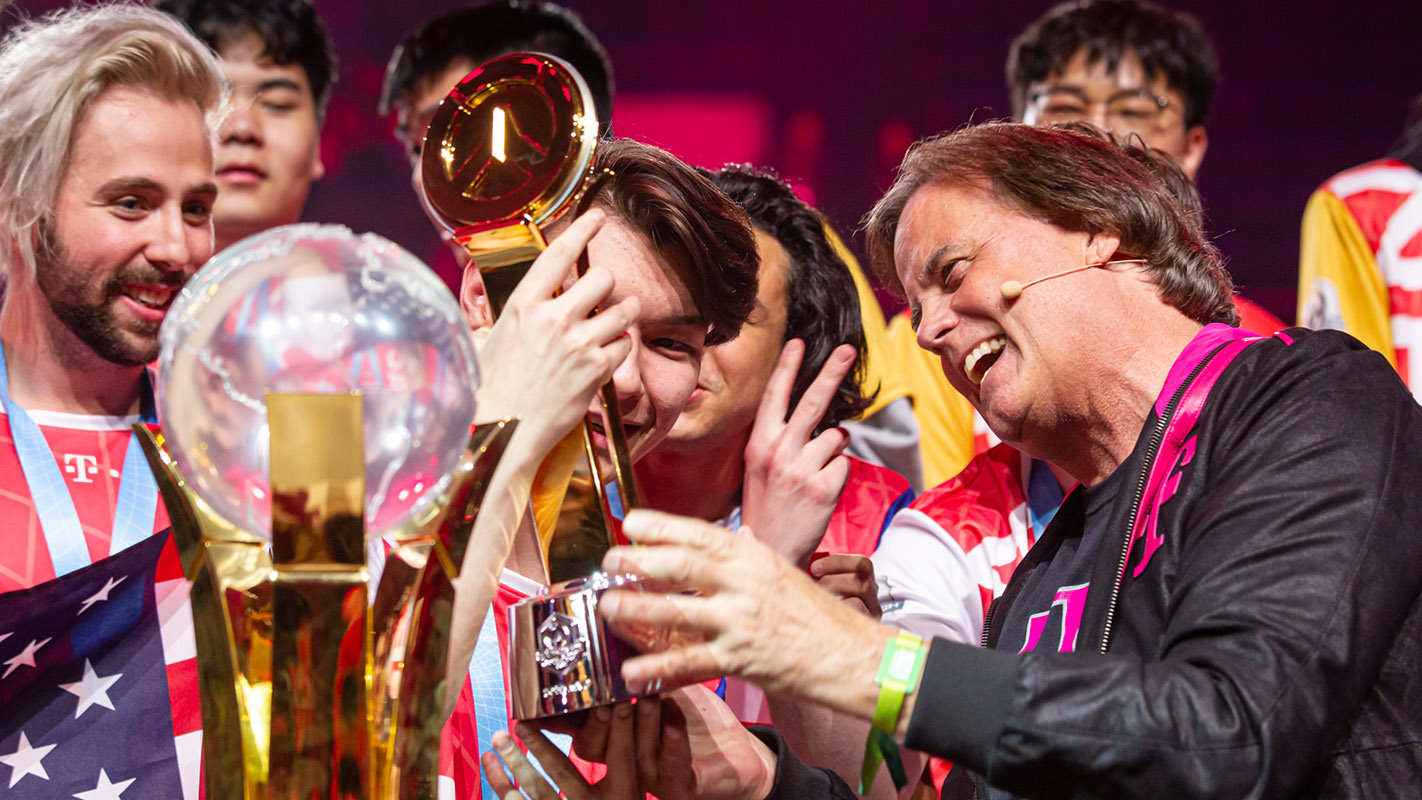 Friday’s group-stage results stand as proof of their amped-up preparations, as Team USA summarily dispatched France, Sweden, the UK, and South Korea—four countries with wholly different playstyles: 3-0, 3-0, 3-0, 3-0. On Saturday, their opponent in the gold-medal match, China, theoretically should have posed a fresh set of problems. They didn’t: 3-0.

So when off-tank Indy “Space” Halpern said onstage that the team’s victory was entirely expected, he wasn’t being flippant, but rather affirming the sheer amount of work that went into this year’s tournament. If every single possibility was truly accounted for, then why should there be any surprises?

In order to break out of history, though, first the team had to practice selective amnesia.

“We didn’t really worry about previous years, we never talked about it, we didn’t ever mention it, didn’t ever think about it because we just wanted to focus on what was ahead,” Sinatraa said.

Those last two years of disappointment? It’s like they never happened. If that sounds like an impossible task, consider that half of Team USA’s starting lineup was plucked from the San Francisco Shock roster. Yes, the same one that lost their opening match of the 2019 playoffs, then didn’t drop another map for the rest of their march to the Overwatch League trophy. Even when they felt in their bones that they were destined for a championship, they chose the mindset of underdogs (and knocked on a lot of wood, for good measure).

South Korea may have claimed two other Shock players, plus head coach Dae-Hee “Crusty” Park, but Team USA embraced the very spirit of the team. They focused. They brought clear heads to each match. At the same time, they kept loose and enjoyed each other’s company—there was even a special handshake, albeit one that Kyle “KSF” Frandanisa was allegedly left out of due to a “really weird pinky.”

Our secret to success? A secret handshake. The tank chemistry between @super_OW and @SPACEOW is off the charts. #WeBelieved pic.twitter.com/5U3X5xFPVV

“The synergy’s there, the trust in each other’s there, and that’s what made Shock really strong, and it’s the same thing here,” support Grant “Moth” Espe said.

The Shock synergy was evident even in those supposed grudge matches against South Korea, which pitted Sinatraa, Moth, and Super against Crusty, Hyo-Bin “Choihyobin” Choi, and Min-Ho “Architect” Park, as demonstrated by the warm embraces shared by the Overwatch League teammates both onstage and offstage—there was a lot of hugging, by all accounts.

That’s part of the beauty of the Overwatch World Cup. It was always meant as a celebration of global talent rather than pitched battle—at least not to the degree of the league, with its massive prize pool and constant stoking of rivalries.

That’s why, despite the disappointment of not being able to bring home another gold medal, main tank Dong-Gyu “Mano” Kim was able to take a wider perspective on the experience. 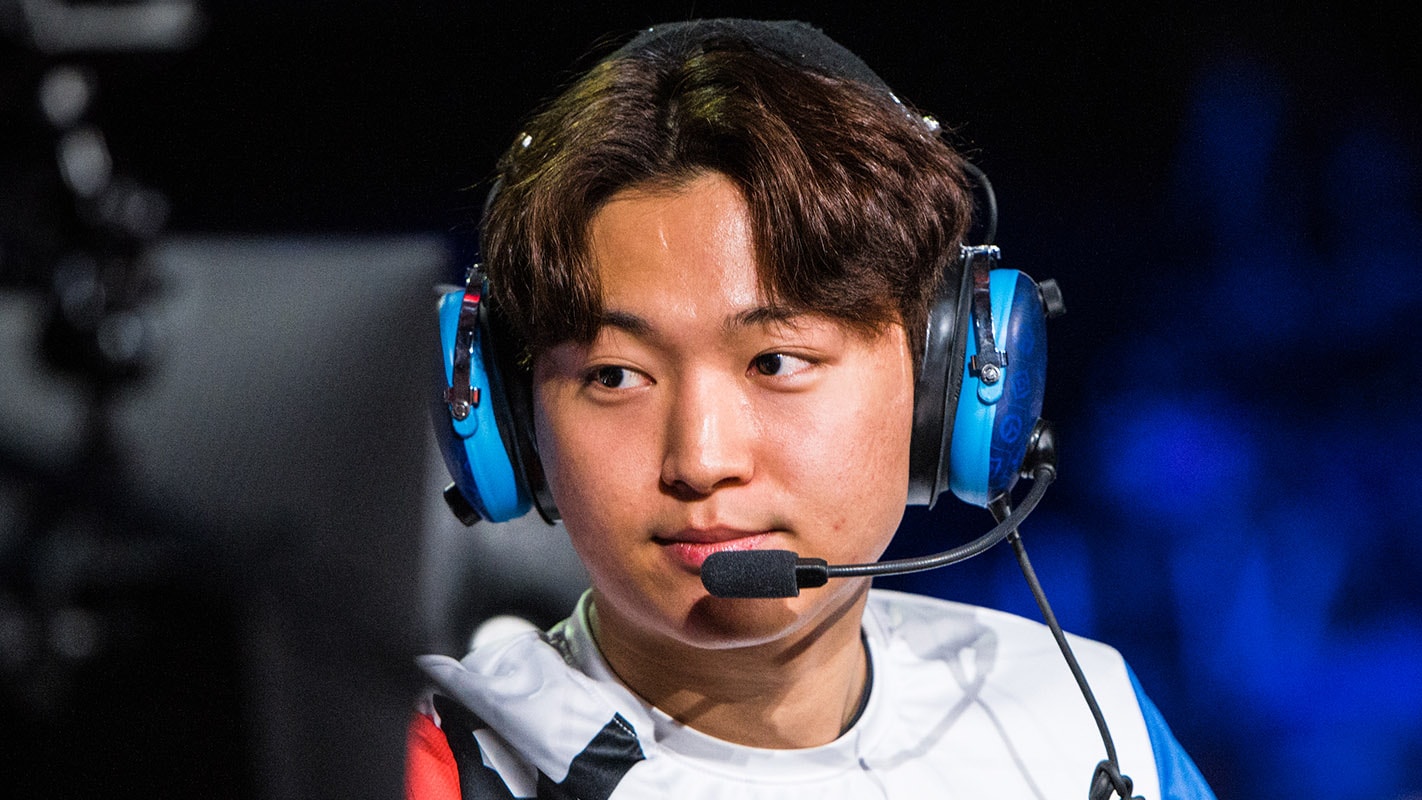 “Before coming to the Overwatch World Cup, I thought that if Korea were to lose, we’d have a lot of regrets,” he explained. “After playing all of these matches and getting bronze, though, I don’t have any regrets. I’m thankful that I got to meet a lot of really talented players, the coaching staff and everyone on Team South Korea. Getting close with all of these players was a big gift for me. Also, I want to tell all the first-timers here at the World Cup—of course we wanted to win a gold medal, but don’t beat yourself up too much. Just let it go and focus on elevating yourselves for the 2020 Overwatch League season.”

Here, there’s a prevailing sense of camaraderie and discovery, and this year, with the expanded field all congregating at BlizzCon, the reach of Overwatch esports was truly on display. We had the usual participants, of course, but we also saw teams from Saudi Arabia, South Africa, India, and Singapore. The flag ceremony before Saturday’s matches was longer and more colorful than it has ever been in previous years. 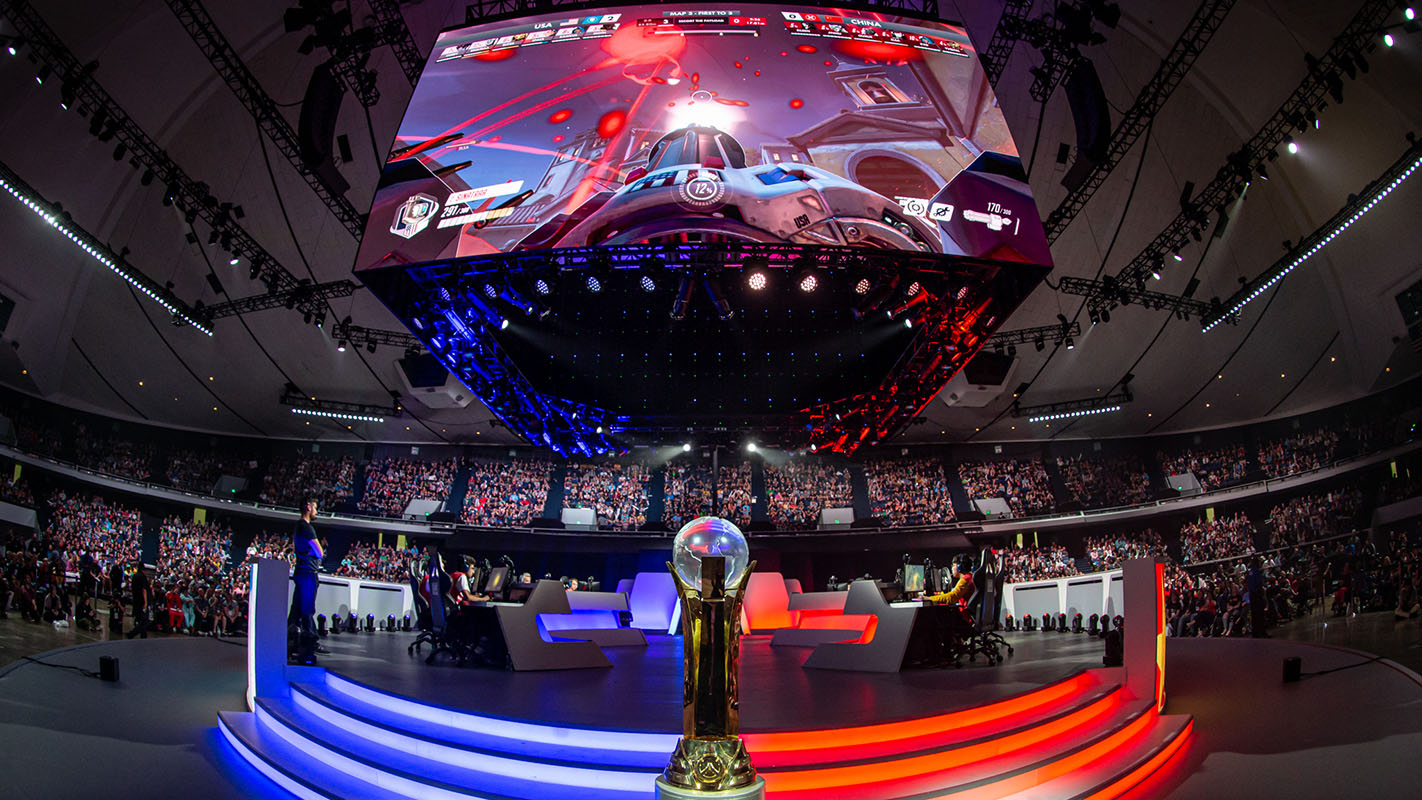 Denmark and the Netherlands, previously impressive in group stages but never beyond, finally made it to the BlizzCon stage, and once they arrived, they blossomed under the big lights. Denmark forced two draws against mighty South Korea, while the Netherlands took a map off perennial podium threat France. And despite being a mainstay in the medal rounds, this year France debuted a mostly new roster that was largely untested on the big stage.

It was a valuable reminder that new generations of Overwatch talent are constantly emerging, and the Overwatch World Cup is often the place where they first become known to the world.

It’s not that Team USA’s victory represents some massive sea change in the cosmology of Overwatch esports. Rather, it feels like 2019 is a fated year for this specific group of players. Sinatraa, as he confirmed onstage with no small amount of bemusement, is the best player in the world right now, and Moth and Super have been with him the entire ride. And with dynamic teammates like Space, Rawkus, and Corey “Corey” Nigra, it seemed inevitable that a team would take on Sinatraa’s most distinctive in-game trait—unbridled aggression—and run with it all the way to a gold medal.

No other team right now has the creative vision to bust out a team comp featuring Genji, Symmetra, and Reinhardt, or the confidence to do it on a fifth map against the three-time Overwatch World Cup champions. Or the right frame of mind to execute it, according to Space.

“I’m pretty sure two or three teams tried to steal that strat, but nobody could execute it because they weren’t going aggressive like we were,” he said. “It was pretty funny to see, like, after we beat everybody [in scrims] with that strat, everyone just trying to copy it.”

What’s the old saying? If you can’t beat ’em, join ’em. This year, no one could beat Team USA. 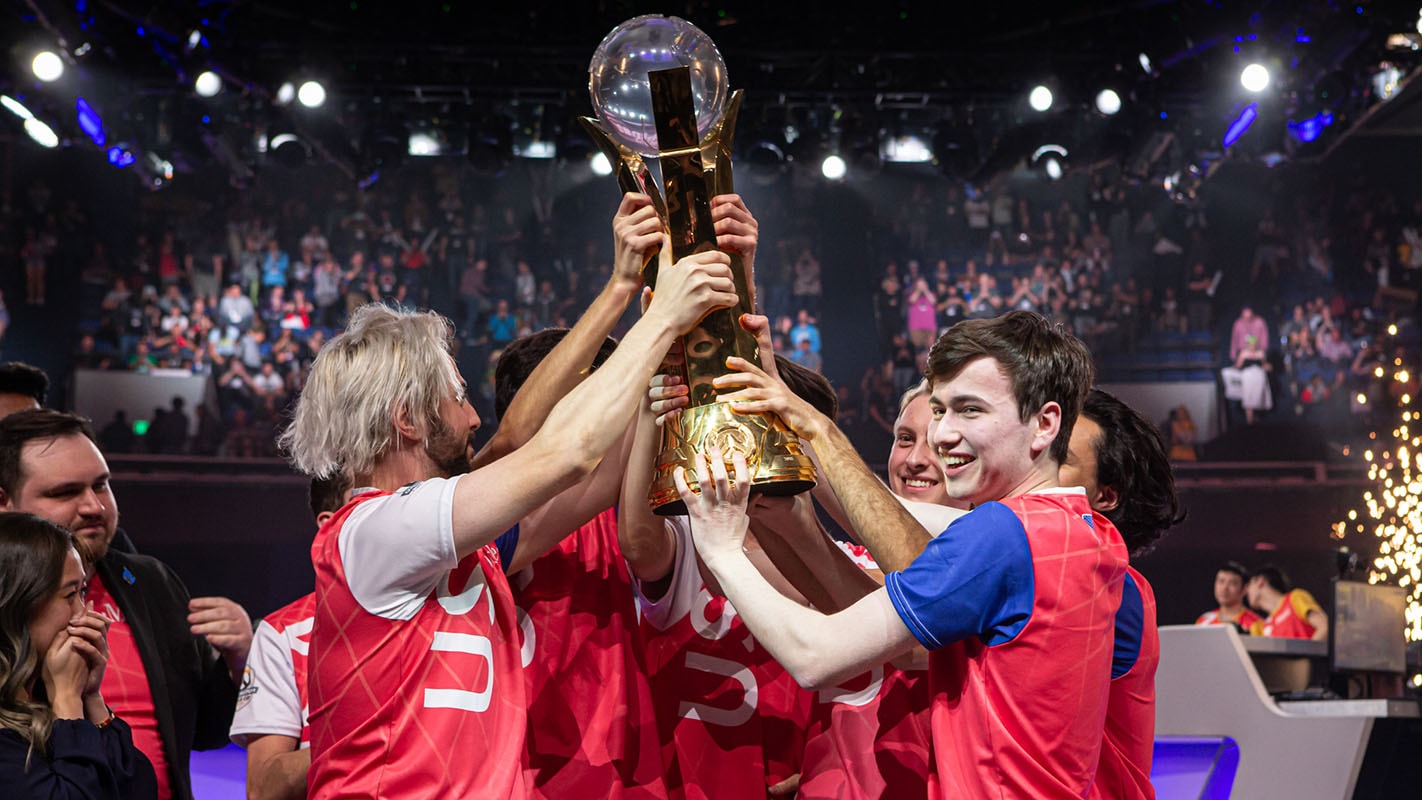