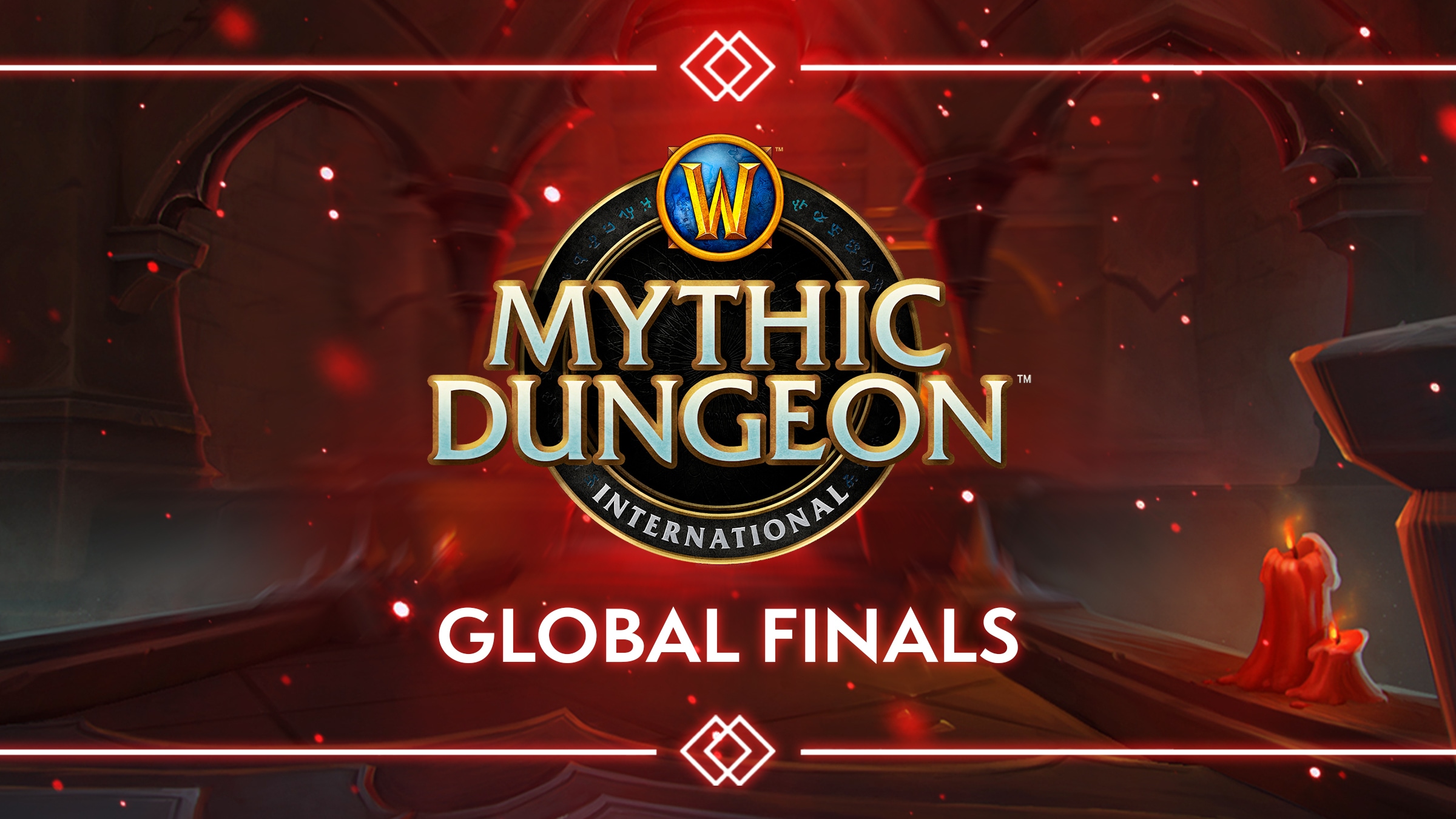 The Mythic Dungeon International (MDI) Season 1 Global Finals are here! The top eight dungeon racing teams from around the world are set to compete for their share of the $300,000 (USD) prize pool and title of World Champions, April 23-25, only on YouTube.

Following the culmination of four incredible weeks of MDI Cup competition, the top six teams from around the new Global region will join the top two teams from China, where they will compete in a series of Best of 3, double-elimination matches, on their path to the Grand Finals on April 25. Each broadcast day will begin at 10 am PDT / 7:00 pm CEST, live on YouTube. 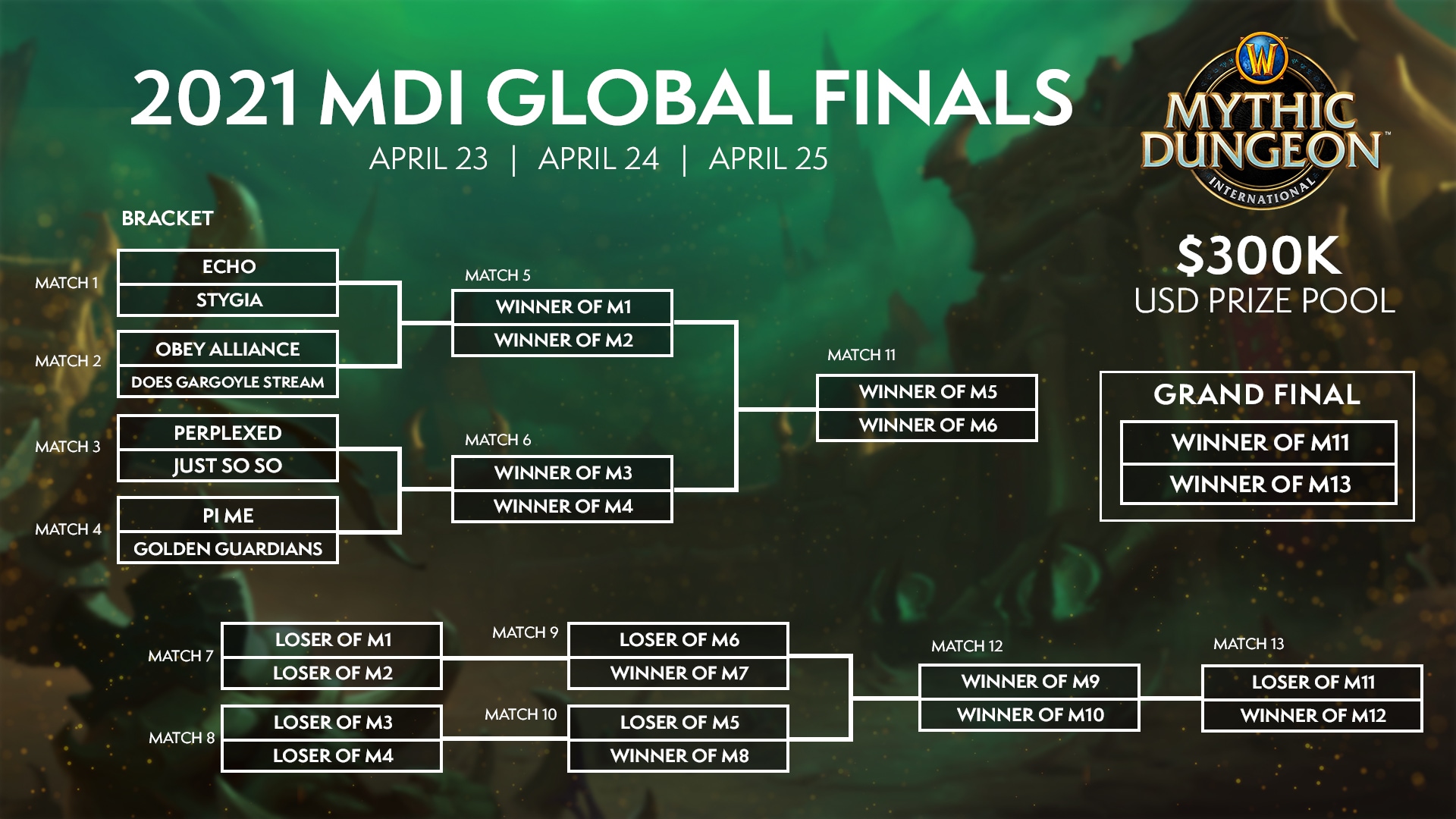 To put these teams to the test and determine the best dungeon-runners in the world, we’ve upped the ante from Keystone level 18 to level 20 dungeons. Which dungeon do you think will challenge teams the most? Check out our caster predictions to gauge for yourself, and don’t forget to catch the live broadcasts where we’ll have live stats, analysis, and gear inspect features to keep everyone up to speed on the final dungeon races of Season 1. The time for preparation is over, and with $300,000 (USD) on the line the teams have just one weekend left to prove they’re the fastest dungeoneers in the world! 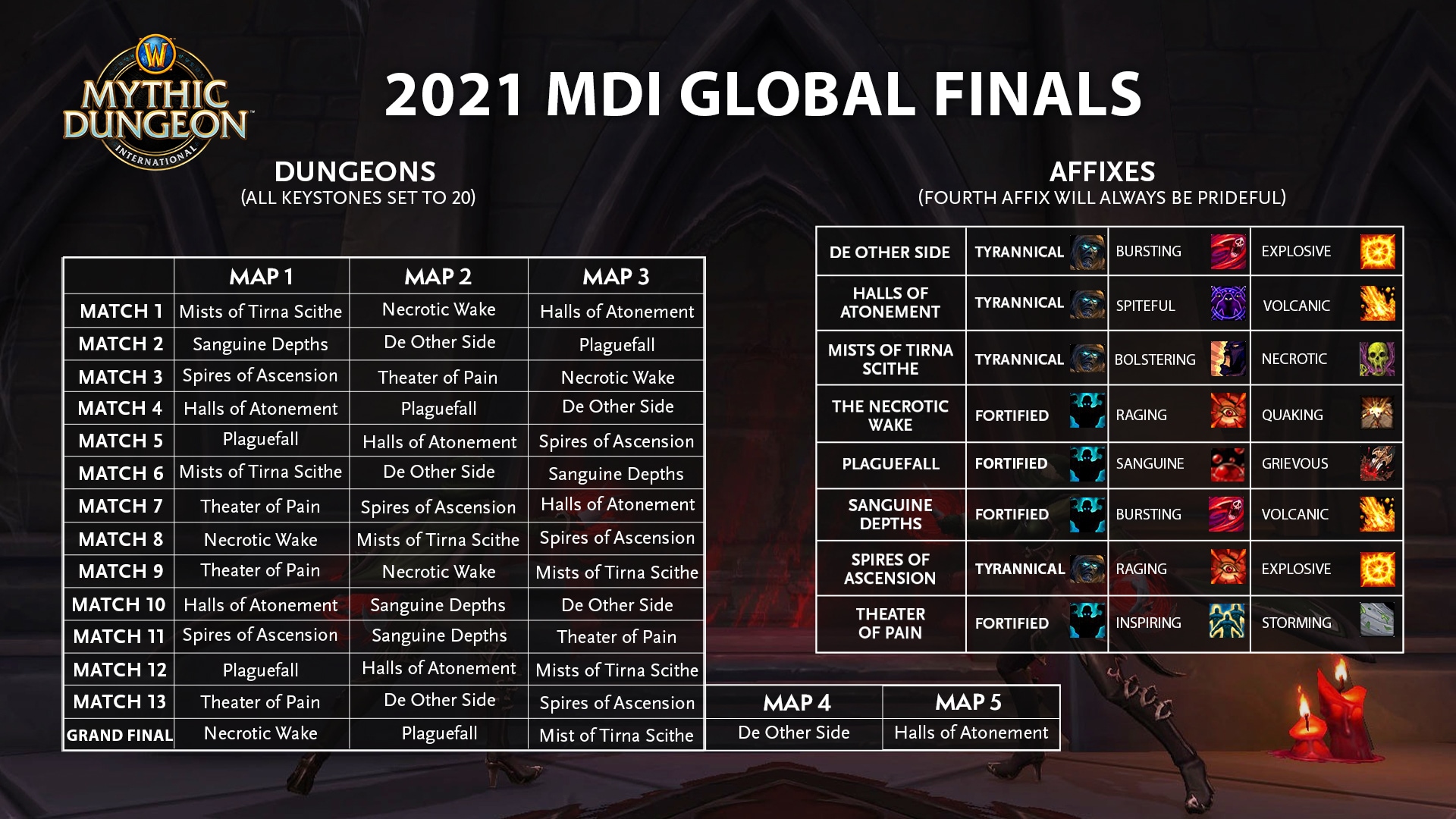 Tune in this weekend to YouTube.com/Warcraft and follow the brackets on Raider.IO, while joining the discussion on the WoW Esports Twitter for all of the MDI memes you can handle.  Good luck and have fun!