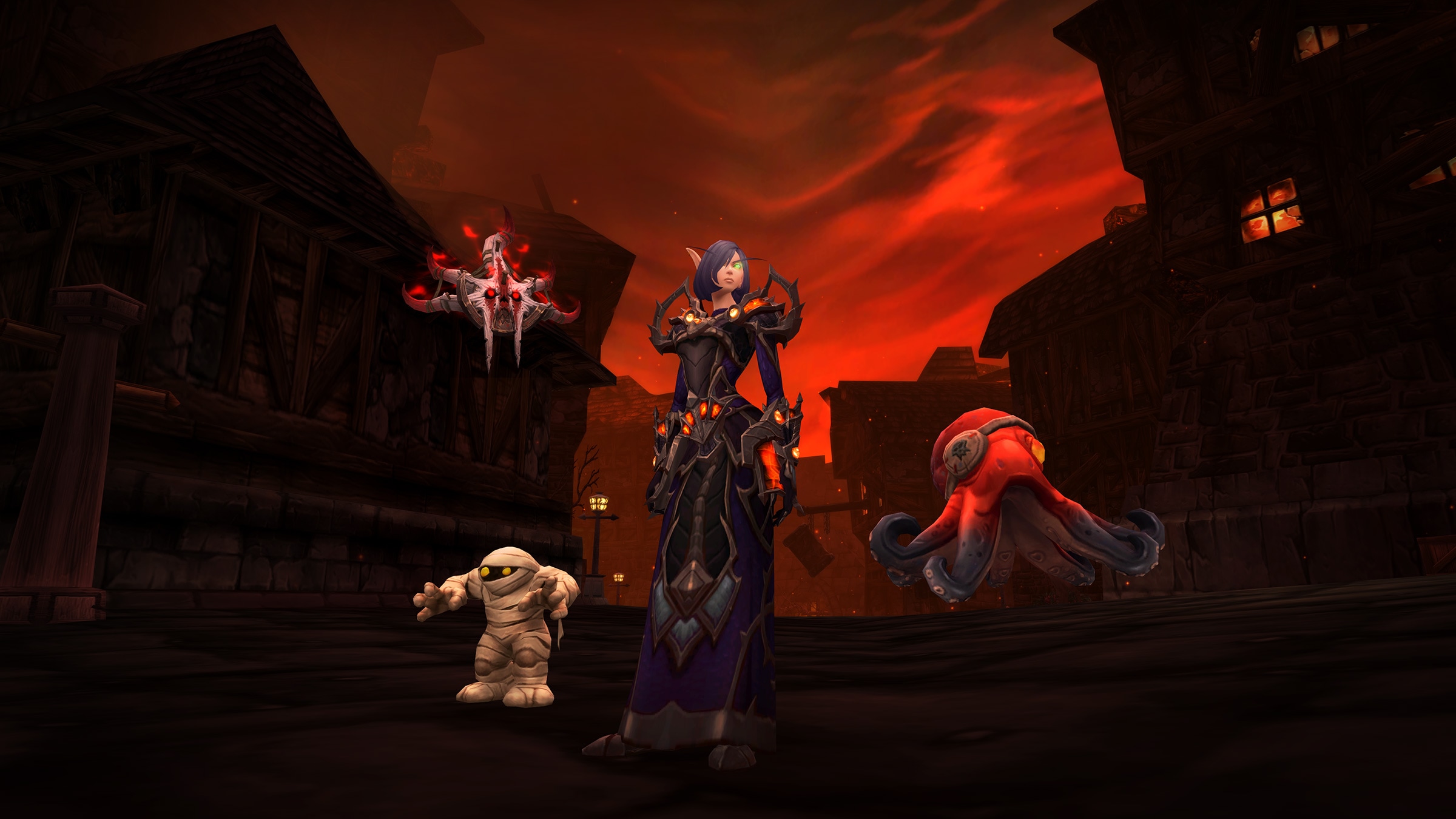 It’s time to marshal your menagerie and put your best battle pets forward in the undead streets of Stratholme, a new Pet Battle Dungeon with Normal and Challenge difficulties available with the release of Rise of Azshara.

To get started on your journey, you’ll need to have earned the achievement All Growns Up! (have one level-25 pet) for Normal difficulty or Pro Pet Group (have 15 level-25 pets) for Challenge difficulty. This will open up a new quest from Tizzy Gearjolt in Boralus or Fuselock in Dazar’alor. You won’t need to complete the previous pet battle dungeons to gain access, and once the upcoming Rise of Azshara content update hits, you’ll be able to play through all four pet battle dungeons in any order.

You’ll find pets from the undead, dragonkin, and magic families in Stratholme. You’ll be able to heal and revive your pets between each of the 12 stages in Normal difficulty, but not in Challenge difficulty.

Defeating the dungeon on Normal difficulty will earn players an Ultimate Battle-Training Stone. You’ll also be able to avail yourself of Manapoof’s aid to teleport directly to Stratholme’s dungeon entrance as a part of the quest reward.

Those who prove themselves to be the very best on Challenge difficulty will earn the achievement Pet Battle Challenge: Stratholme along with the Minimancer pet. Completing Challenge difficulty will count toward a weekly quest that rewards Cleansed Remains, an account-bound currency that you redeem for an Unopened Stratholme Supply Crate filled with pet supplies, or four new pets—Ziggy, Crypt Fiend, Shrieker, and Gruesome Belcher. Speak with Sean Wilkers at the entrance of the dungeon to add one of these spooky fiends to your ranks.

Whether you’re new to pet battle dungeons or a companion-combat veteran, you’ll want to get in on the ongoing story as it unfolds. Who are the shadowy figures that keep appearing in each pet battle dungeon? What chilling experiment are they conducting in Baron Rivendare’s slaughterhouse? Will you come upon an opportunity to take the fight to them?

Discover what awaits your critter pals next in Stratholme!

Next Article
World of Warcraft
16h