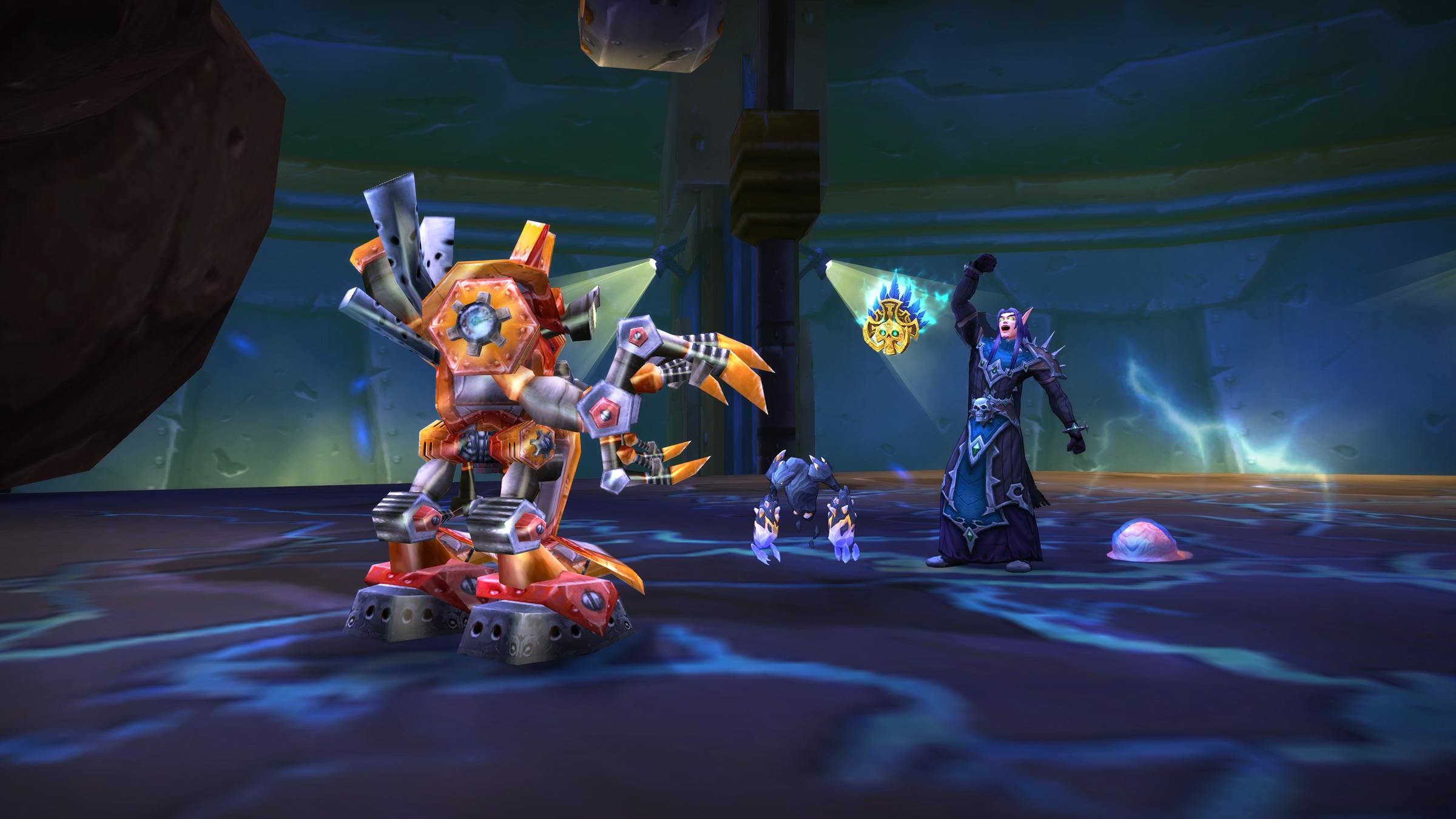 It’s time to marshal your menagerie and put your best battle pets forward within the halls of Gnomeregan.

To get started on your journey, you’ll need to have earned the achievement All Growns Up!, which requires you to raise a pet to level 25. This will make a new quest available to you from Radek Fuselock, who is located near the pet battle trainers in Dazar’alor, or Tizzy Gearjolt, who is located just outside of Dana Pull’s shop in Hook Point in Boralus. You won’t need to complete the Wailing Caverns or Deadmines pet battle dungeons to gain access, and with the release of the Tides of Vengeance content update, you’ll be able to play the three pet battle dungeons in any order.

Completing the quest and pet battle dungeon the first time earns you an Ultimate Battle-Training Stone. You’ll also be able to avail yourself of Manapoof’s aid to teleport directly to Gnomeregan’s dungeon entrance as a part of the quest reward.

For those daring to push your team, you can take on the Challenge Mode version of the dungeon, which requires you to have at least 15 maximum-level battle pets. This will open an account-wide weekly quest that you can pick up from Micro Zoox, who’s waiting outside the Gnomeregan instance portal.

Whether you’re new to pet battle dungeons or a companion-combat veteran, you’ll want to get in on the ongoing story as it unfolds. Who are the shadowy figures that keep appearing? What do they want? What are their nefarious plans? Discover what awaits your critter pals next in Gnomeregan!