Death by Frog: Your WoW Stories told in Comics 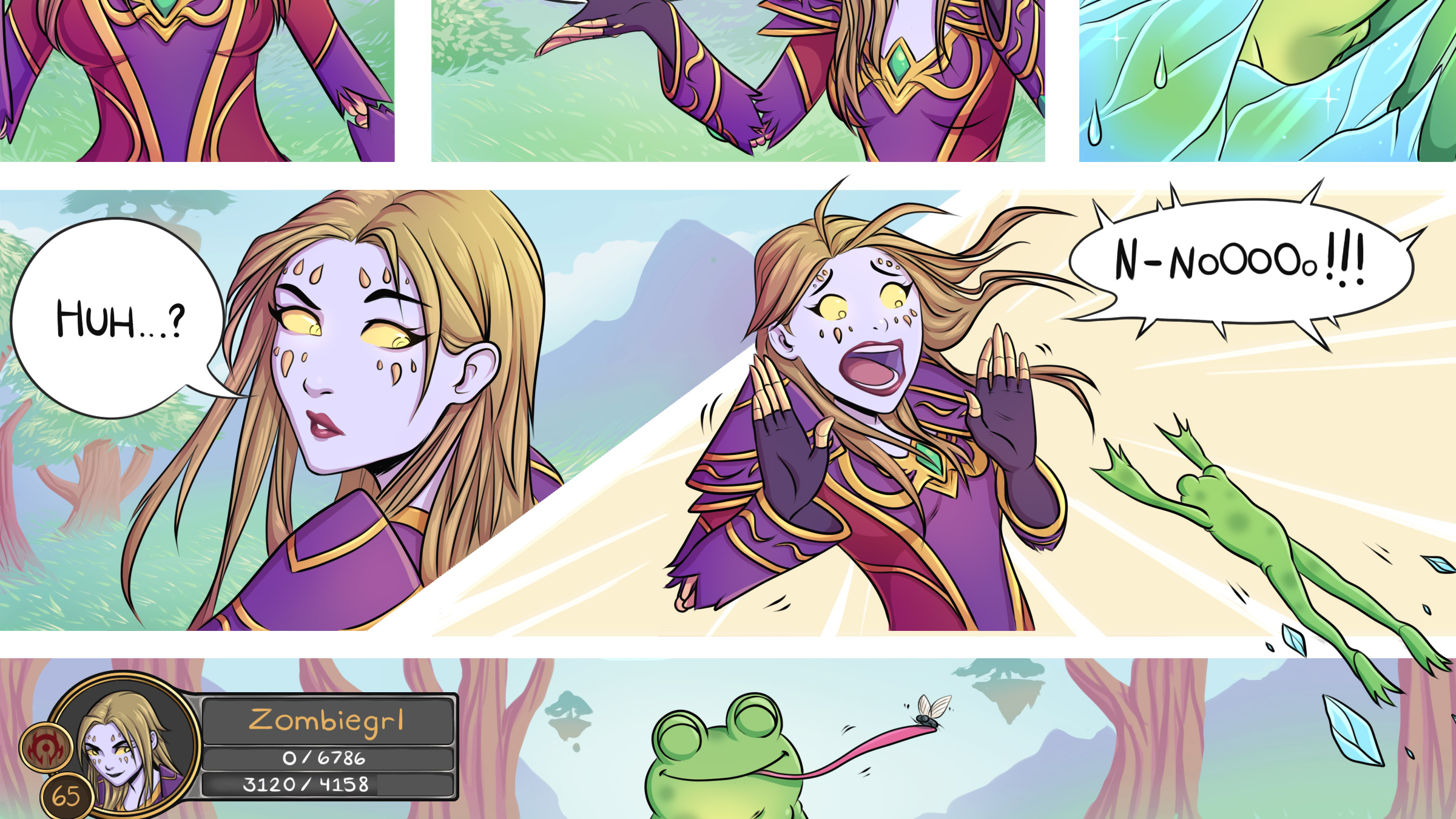 As part of our 13th anniversary celebration, we asked you to tell us your most epic and hilarious World of Warcraft stories - and you did not disappoint. In return, we commissioned some of our most beloved and talented community artists to bring your stories to life.

Death by Frog, Erica and Faebelina

"I had gotten in a fight with an NPC and had just won the fight with only 1 HP left. But I must have used an AOE spell that made a frog attack me. It killed me. I got killed by a level 1 frog" - Erica
"That Time I Got Killed by a Frog"

"Going for the first kill of Archimonde in Mount Hyjal...I disconnect. I hear everyone in Vent panic. I get back on RIGHT on time to break the fear and use Tears of Elune. We got our first kill and I got my tier piece." - Onnik
"That Time I DCed at a Crucial Moment"

Worth the Wait! Erik and Nick Robles

"My best memory was traveling from Darnassus to Stormwind. I spent a week trying to get there by my noob self, but when I got there it was everything I expected. Huge beautiful city with many races I'd never seen before!" - Erik
"That Time I First Saw Stormwind"

Hug, Anyone? Fusecraft and Mary Varn

"The group told me to hug the tank, so I spammed /hug and ended up dying. I felt dumb for not knowing what they meant." - Fusecraft
"That Time I Literally Hugged the Tank"

You Keep Using That Word... Bruce and Lacey Brannen

For the longest time, I thought Soulbound meant that you could never take it off and I didn't wanna be stuck with low level gear when I hit max level. So I wore gray gear up until a guildie told me what Soulbound meant." - Bruce
"That Time I Finally Understood the Meaning of Soulbound"