We have a goal of bringing the 1v1 ladder map pool into alignment with the maps being used in the World Championship Series, and we're adding two 1v1 maps to the pool for Season 4. As we’re now starting each ladder season with the start of a new WCS season, this will allow pro players (and prospective pros) to practice on the ladder using more of the same maps that will be used in WCS.

After discussions with our eSports partners, agreement was reached to add the following: 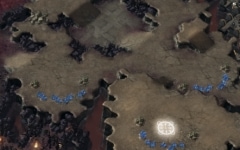 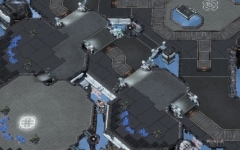 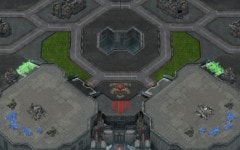 In addition to these nine maps on the 1v1 ladder, there are two additional maps created by Ongamenet that will be available for 2013 WCS Season 2: Gwangalli Beach and Anaconda. These two maps bring the total WCS 2013 Season 2 map pool to 11; however, they will not be published to the ladder.

For 2013 WCS Season 2, we worked with our eSports partners to put together a pool of 11 maps from which each WCS region can select 7 for use in tournament play.

We’ve also been carefully considering the finalists of the Team Liquid Mapmaking Contest. The finalists all look excellent; however, time constraints have forced us to consider these maps for the 2013 Ladder Season 5 instead of Ladder Season 4.

In addition to the changes being made to the 1v1 map pool, we are also making changes to the 4v4 map pool. Below are the maps that we’ll be removing, along with descriptions of two new 4v4 maps that we are adding. 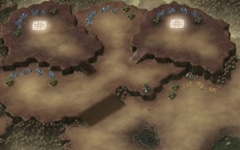 The best thing to do on this map is to work together with the ally you start next to. Because the layout of the map is more 2v2v2v2-style, it might not always be possible to focus and help out everyone on your team. Play the map more specifically with the ally right next to you towards the early- and mid-game stages. Be sure to make good use of the Xel’Naga Tower to watch for incoming attacks. Another interesting thing about this map is if you can protect the center of the map, gaining access to the High Yield expansions will put your team much further ahead. 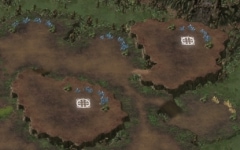 This map is a fairly straight forward top vs. bottom map. Because you and your allies don’t start off within the same fortress, rushing is viable. At the same time, because your team is still fairly close to you and there are plenty of expansions to take on your side of the map, it’s also possible to play a macro game. Plan ahead from the beginning with your teammates to decide what will be best for that specific game.

These five new maps have already been published to the custom games list in order to give you a chance to check them out before the season roll. Once the season has rolled on June 10, they will then appear in the matchmaking queues for competitive play. Feel free to play a few games on the new maps and let us know what you think in the comment section below.