The Sounds of Koprulu

Sound is a delicate thing. It bypasses language barriers and affects us at a subliminal level. It doesn’t do those things very well in the vacuum of space—but the Koprulu sector’s a noisy corner of the galaxy.

StarCraft: Remastered is composed of 2,381 total audio files, including unit dialogue and effects: roaring rockets, susurrating Zerg, and the sad bleep of deactivating Probes. Some of those sounds are entirely new, and presented in languages that StarCraft didn’t support when it was released in 1998. Many are almost 20 years old—they’ve been recovered from the archives in a nearly-archaeological process, and enhanced to expose their hidden frequencies and take advantage of modern sound systems.

When we set out to remaster StarCraft, we decided that polishing its visuals and interface but leaving the audio in 1998 would feel extremely jarring, but radically changing the way the game sounds would be even worse. Throughout the development of StarCraft: Remastered, the goal of the Blizzard Sound Team has been to try and reveal—not reinvent—what the game sounds like. 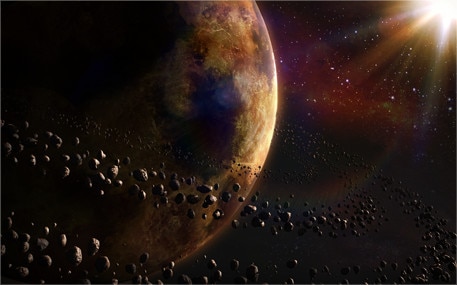 The original StarCraft used audio files at a 22 kHz sample rate (the number of samples of a sound taken per second when the sound is digitized). A higher sample rate generally produces a more accurate, fuller representation of the recorded sound.

Some of StarCraft’s 22 kHz sounds chopped off higher frequencies or masked upper harmonics (tones produced by vibrations from fundamental notes, which can be heard separately from those fundamental notes). For most of the sounds in StarCraft: Remastered, we’ve doubled the audio sample rate to 44 kHz—boosting the game’s original audio files to expose the notes concealed within those earlier recordings.

"If we had the original source material at its full fidelity, what would it sound like?"

When revisiting an established sound, it’s tempting to take any file that feels “old” and make it better. But to do so cavalierly could rob a sound of its authenticity, so the team set guidelines. No tweaks would be made to just a few race, unit or scene sounds at a time—every change should be made to groups of related sounds in unison.

The sound team working on the project, including QA Analyst Jake Davidson-lingo, developed a technique to heighten the fidelity of the original sound files to 44 kHz without radically changing the sound mix. Listening to one modified sound set at a time alongside the original recordings, they identified any individual files that seemed too far removed from the original, and pulled them back from the brink.

Redoing any aesthetic decisions at all was forbidden. Sound Design Supervisor Evan Chen says that the remastering of a popular science fiction film served as a cautionary tale:

“There’s a particular sound that [the old mentor character] makes in an early scene, something like ‘RRROOOOUUUUEEEE,’ that he uses to scare away [alien scavengers]. In the remastered version, years later, they changed just that sound. It’s somebody making [monstrous], “RAAAA RRAAAA RAAA,” noises with a big echo.

The original sound was totally [shocking]—it seemed out of place, but it was so memorable that it became part of the franchise. When it got changed [in the remaster], that scene just didn’t feel like the original any more. That’s how nostalgia works!”

StarCraft’s balance is no less delicate than its sound mix, and the team also needs to consider the impact of remastering audio on gameplay. The distinct noise of Protoss photon cannons firing lets a player instantly understand what’s going on, and the frequency of blast sounds convey just how bad things are. We can’t change those sounds drastically, or anybody using them as cues is likely to make mistakes—and close off an avenue to victory. 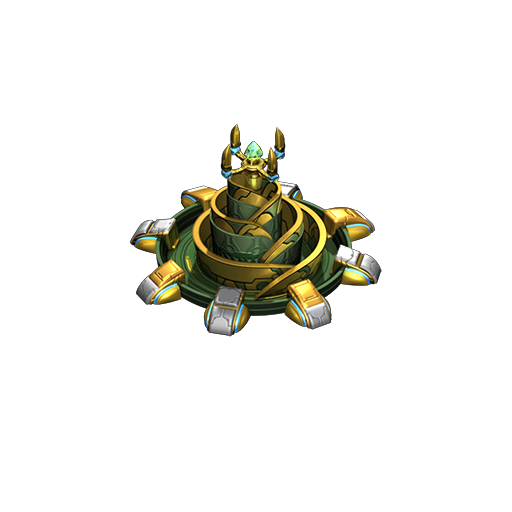 With the release of StarCraft: Remastered, we’re increasing the number of languages StarCraft is available in from 5 to 12.

We’ve completely recast French, German, Italian and European Spanish recordings, but we’re intent on remaining completely faithful to StarCraft’s original English-language recording, which can be challenging given our natural affinity, as consumers, for the sounds and voices we’re familiar with. It’s common for the sound team to get feedback—even internally—that a placeholder line (or even a placeholder voice actor) is just too good to replace. 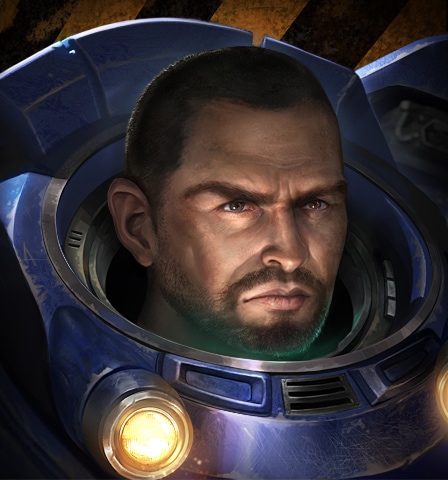 Says Senior Sound Designer David Fries, who leads the audio remastering effort: “We hear [a final voice recording] and we think, ‘That’s such an improvement, it’s so much better—this guy’s a professional actor, he sounds great.’ And that may be true, but for some of us, our link [to the placeholder voice] has already been established. You can’t beat human memory.”

It’s a difficult problem to solve—but, as with most things remastered, the team’s looking to the past for inspiration. Some of StarCraft’s most memorable lines emerged only after merging the human voice with very particular sound effects. 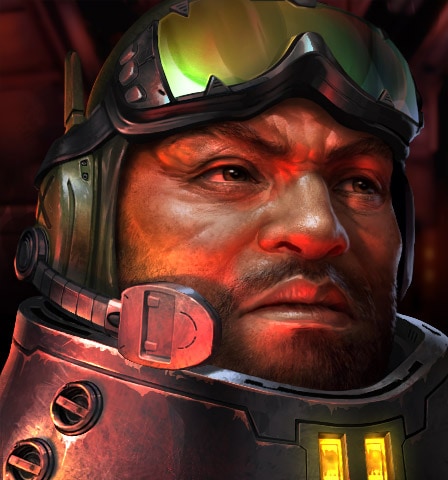 Issue a command to your Siege Tank and you’ll hear the whir of the tank’s servos in the background, below their response line, as though you’re speaking to the pilot over the comms. Click on any unit too much, and they’ll do or say something funny (what we refer to as “pissed” lines)—the same tank pilot hums Wagner’s “Ride of the Valkyries” (by way of Apocalypse Now). Several unit dialogue lines included sound effects sneakily baked in to their dialogue files, which helped them feel immersive—as much a part of the StarCraft universe as any visual. 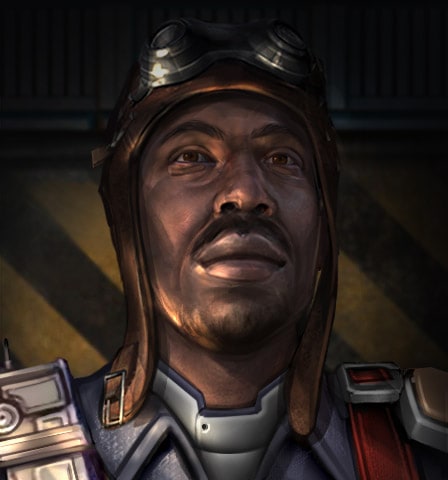 An even more personal touch made its way into much of StarCraft’s original dialogue. Senior Composer (and original StarCraft “Sound Guy”) Glenn Stafford recalls the surprising number of Blizzard veterans who voiced aliens, robots and soldiers:

“I know I was like half of the Protoss units, probably, because it was just processed voices, pitch shift, multi-pitch voices stacked together. I did the Templar. [Co-founder] Allen Adham was the Dark Templar. [Chief of Staff] Shane Dabiri did something… [former SVP of Story] Chris Metzen was the Marine, and the Battlecruiser…”

Typically, the team would record voices just as concepts—but plenty of those concepts wound up in the final game. Carrying these idiosyncratic recordings forward almost 20 years is challenging, but it’s too symbolic to pass up. 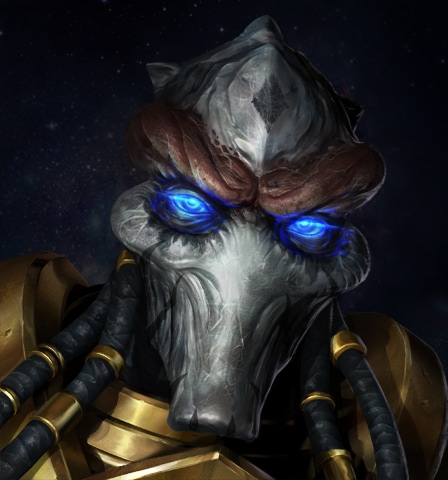 Music plays an equally large part in StarCraft and StarCraft: Remastered—supporting the story, setting the tone for the single-player campaign, and keeping intensity high in multiplayer matches. Just as with voice and sound, the twangy guitars, squelchy synths, and droning marches of the Koprulu sector’s races are inextricably tied to their identities.

Shortly after completing the orchestral fantasy soundscapes of Warcraft II, the Blizzard sound team got to work on StarCraft’s more science-fiction score. Glenn Stafford’s education and experience were steeped in contemporary progressive rock, and he describes the game’s Terran music tracks, replete with distortion and slide guitar, as something of a homecoming.

Protoss sounds tended to be orchestral, but Glenn focused on instrumentation that would keep them feeling extremely distinct from Warcraft, taking inspiration from Jerry Goldsmith’s score to the movie Alien. Wary of parallel development, he purposefully avoided the film Starship Troopers.

For the more xenomorphic of StarCraft’s aliens, Stafford knew he wanted ambient electronic music, ominous and dark, with expansive sounds—so he brought on Derek Duke (who would go on to direct soundtracks to Diablo III: Reaper of Souls and Overwatch, among others) to produce themes for the Zerg.

Though he’s helping remaster the game’s soundtrack at 44 kHz now, Stafford originally didn’t even think StarCraft could get off the ground. As exciting as the idea was to the team, it was too different from Blizzard’s fantasy roots, and it had to reconcile a few contradictory elements, like being referred to internally as “Space Cowboys.” To this day, accounts differ as to whether that name was poking fun at the idea of the game, embracing it, or both.

The piece of StarCraft’s music Glenn’s looking most forward to revisiting in StarCraft: Remastered is one that’s stylistically divorced from the traditional Terran sound. During the cinematic intro to Brood War, a classical aria (called “Brood War Aria”) plays on a record player. It was originally, in its full bandwidth, present in the game’s trailer.

But it’s not the divergence from the StarCraft norm that excites him. “I wrote it quickly, and I was really inspired. It’s a defining piece, but it doesn’t quite define StarCraft—it’s not the space cowboys theme. it’s just something I’m proud of having done, by way of it being a good piece of music.”

Put your headphones on, crank your speakers up, and enjoy the sounds of Koprulu afresh when StarCraft: Remastered arrives later this year!