There’s a Gnoll in the Nexus! - Hogger Heads to Heroes of the Storm

“By the time you realize you’re no match, Hogger is thinking how best to eat you.” – Senior Game Designer David Warner

Strap on your [Studded Leather Belt of the Wolf], sharpen your shiniest common dagger, and abandon all hope, ye Elwynn adventurers who dare enter here. Armed with lobbable loot hoards, flailing strikes, and some devilishly-deadly spins, Hogger has abandoned his hill and headed straight for the Nexus!

This leveler of low-levels is primed and ready to pounce! When taking advantage of the Rage mechanic, which lowers the cooldown on his abilities as he gets deeper into the fray, Hogger becomes a rampaging monster. With the ability to dish out tons of area damage and by generating pathing blockers with his Trait, Loot Hoard, Hogger’s ability to start a fight, grab a kill, and escape intact is second to (g)none.

Gain Rage from taking damage or dealing Basic Attack damage. Hogger’s Basic Abilities refresh 1% faster for every 2 points of Rage. After 3 seconds of not gaining Rage, it will quickly decay. Cooldown: 20 seconds.

Hogger takes a swing with his flail, dealing damage to and knocking away enemies in a wide arc. Enemies who then collide with unpathable terrain take an additional burst of damage, are stunned for .75 seconds, and grant Hogger 15 Rage. Cooldown: 12 seconds.

Throw a stick of Dynamite with a 1.5 second fuse to the targeted location. Upon hitting an enemy Hero directly or expiring, the Dynamite explodes, dealing damage and slowing enemies hit by 30% for 2 seconds. Hitting a Hero directly also grants Hogger 10 Rage. Cooldown: 8 seconds.

After .25 seconds, Hogger launches himself towards the targeted direction. While spinning, Hogger deals damage every .125 seconds to nearby enemies, increased by 1% per point of Rage. If Hogger hits terrain while spinning, he will bounce off it and travel in a new direction. Cooldown: 14 seconds.

Hogger attaches himself to an empowered Loot Hoard and heaves it a great distance, dealing damage on impact and slowing enemies in a large area. If Hogger is nearby, the empowered Loot Hoard created with Hoardapult will dislodge a chunk of Meat towards Hogger every 10 seconds. Cooldown: 70 seconds.

Here’s what Game Designer David Warner had to say about bringing one of Warcraft’s most notorious figures to life in the Nexus:

Why Hogger? Why Now?

If Heroes of the Storm is a celebration of all the great heroes and villains in the Blizzard universe, then Hogger should obviously be on the list! He rose from a humble elite mob in Elwynn Forest to one of the most feared “raid-bosses-in-disguise” in the entire WoW universe. Everyone loves an underdog story!

Were there any Hogger ideas (when he was still a hoglet) that didn’t make it to the final design?

Hogg Wild (E) and Loot Hoard (Trait D) were the foundation of the character and they were immediately fun, so the rest of the kit formed around them. Other than fiddling with numbers, they’ve remained mostly the same through Hogger’s development. Staggering Blow (Q) went through many different iterations before it settled on the arc that it is now. At first, it was channeled to unleash three strikes forward in quick succession, with the 3rd hit stunning and dealing bonus damage. We also tried having the stun only occur on the outer edge of the AoE, but ultimately, we enjoyed the ability more when it meshed well with his Loot Hoard. EZ-Thro Dynamite was also mostly unchanged since its first implementation, but for a long time it was usable during Hogg Wild (E). There was an early talent that drastically reduced its cooldown when used this way which made for some insane chaotic moments. Early on, Hogger used an energy resource system to fuel his abilities, but that didn’t quite capture his brutal chaotic vibe, so we switched to the Rage resource. It felt appropriate that the longer Hogger is able to beat on his enemies, the more beatings he can administer.

Was Hogger always imagined as a Bruiser?

Early on we did discuss whether to push him into an Assassin role since he was burst-y and didn’t have the survivability tools that most Bruisers had, but once talents solidified a bit we knew Bruiser was going to be right for him. Hogger is a big burly bully, it didn’t make sense for him to be a fragile “all-in” character.

How are you hoping Hogger fits into the Heroes meta? Do you think they will shake things up?

I think the Bruiser meta is the healthiest it has ever been and Hogger can go toe-to-toe with the best of them! He’s going to teach players to stay away from walls and to avoid tight chokepoints.

Did you ever have any run-ins with Hogger in World of Warcraft? Did that shape your design at all?

I think everyone who rolled a Human character back in the day has that fateful moment when they realize this unassuming elite mob is way too strong for them to handle alone. By the time you realize you’re no match, Hogger is thinking how best to eat you. We want Hogger players to isolate and prey on exposed heroes and he’s got plenty of tools to do exactly that. Staggering Blow (Q) is fast and punishes enemies near terrain, but can also be used to constantly keep beefy frontliners at an arm’s length. Ez-Thro Dynamite’s low cooldown helps Hogger stick to a target and batter them with his chains. Hogg Wild (E) helps him quickly navigate the battlefield and easily flank enemy teams. Loot Hoard can be used to block escape routes or pin a hero to a wall for easy Q’ing. All of these combined make Hogger feel like an oppressive bully, just like his WoW counterpart.

Hogger is a contentious figure for Blizzard fans, arguably more so than Deathwing; are you worried about unleashing pure evil like this in the Nexus?

Warriors with immediate crowd control, such as Diablo and E.T.C., excel at providing some initial lockdown, forcing enemies to reckon with being between a Hogger and a Loot Hoard.

Hogger's abilities frequently damage multiple opponents, leaving them hurt, but not yet vulnerable to a takedown. Allies such as Junkrat, Valla, and Kael'thas are great at capitalizing on these target-rich environments.

It's not uncommon for bounces from Hogg Wild to launch Hogger into unexpectedly dangerous territory. A friendly Leap of Faith can bring him home safe and sound.

Once committed to a fight with Hogg Wild, Hogger is out of consistent ways to continue hunting down his prey if knocked away.

Much of Hogger's bite is in his sudden burst of abilities. If his bites don't find purchase, his enemies can quickly turn the table.

Hogger prefers to rapidly enter and exit fights, but he can struggle to cleanly get out of Malthael's grasp.

Hogger’s reign of terror begins with today’s patch. Be sure to check out the full patch notes here before braving the battlegrounds, Hero. Good luck, and we’ll see you in the (G)Nexus! 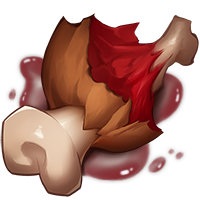