Play Your Way with Hotkey and Quick Cast Improvements

If you were to talk to a large enough group of Heroes of the Storm players about how they like to play the game, you’d quickly find a wide range of preferences for in-game controls. We’ve received a lot of requests to add further customization for in-game controls, and we’re happy to announce that our next patch is going to give you exactly that. More specifically, we’re adding even more flexibility to hotkey swapping, and giving you the freedom to change-up your Quick Cast settings for individual heroes, abilities, and talents!

We wanted to make it easier than ever to find and modify your controls, so we’ve decided to give Hotkey Settings their own button on the Main Menu, which you can access at any time by pressing the Escape key. 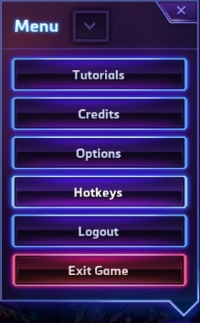 Players who like to give their Heroes a string of specific commands, but don’t like using the Shift key to do so, can now rebind this hotkey from Shift to Control or ALT using the new “Queue Command Modifier Key” dropdown at the top of the Basic Hotkeys menu. You can also disable queued commands entirely by selecting None from the dropdown. If you don’t change your Queue Command Modifier Key setting, it will default to the Shift key.

For those of you who’d like to share your hotkey settings with friends, or perhaps use the same hotkey profile across several Heroes of the Storm accounts, we’ve added a “Show in Folder” button next to the Selected Profile dropdown that you can use to find Hotkey setting files on your computer. A new “.StormHotkeys” file will be created in this location every time you create and save a new Hotkey profile. If you alter any hotkeys and then click “Accept” without creating a new Hotkey Profile, the game will automatically create and save a new profile named after your account. Additionally, the Hotkey Profile you are actively using in-game will be cloud saved so that you can continue to use it when logged into the same Heroes account on another computer.

A popular suggestion that we continue to receive from players within the Heroes of the Storm community is the request for more flexible Quick Cast settings. We know that not everyone wants to use the same Quick Cast settings for every hero and ability in the game, which is why we’re thrilled to give you the freedom to adjust Quick Cast to fit your unique playstyle in our next patch!

Before we dig deeper, it’s important to note that we’ve pulled the Quick Cast settings menu out of its previous home on the Mouse and Keyboard Options tab and moved it into the new Hotkeys menu so that you can more easily find and make changes to your Quick Cast preferences.

If you’d like to use the same Quick Cast setting across all heroes, abilities, and talents in the game, you can do so using the “Global Quick Cast Setting” dropdown found at the top of the Quick Cast Settings pane. Any action that’s set to “Use Global Setting” will default to the selection you make in this dropdown menu, with the exception of “Instant Abilities”, which will now be cast immediately on pressing the hotkey associated with that ability, independent of your Global Setting.

Under the new “Per Ability Quick Cast Setting” header, you’ll find a dropdown menu that can be used to view your Quick Cast settings for every hero in the game, as well as Battleground Objectives like the Dragon Knight and Garden Terror. After selecting a hero from the list, you’ll be able to view and change your Quick Cast preferences for each of that hero’s abilities, activated talents, and even Basic Attacks.

At first, you’ll find that almost all abilities are set to “Use Global Setting”. Use the dropdown menus found to the right of each ability name to fine-tune your settings for each ability, allowing it to function independent of your global setting. Most items can be switched to Off, On, or On Release, with the exception Instant Abilities, which cannot be modified. If you change your mind, and want switch an ability back to your Global Setting, simply click the “X” button next to its dropdown.

If you decide to change your Quick Cast preference for an ability or talent that can be used by multiple heroes, such as Basic Attack and Cleanse, it’s important to keep in mind that the setting you select will also be used by all heroes who share that ability or talent.

We hope you’re excited to jump back into the Nexus armed with your own unique Hotkey and Quick Cast settings once our next patch is released. Be sure to stay tuned to the official Heroes of the Storm website for more details about the patch and —until next time— we’ll see you in the Nexus!