At the start of each year, denizens of Azeroth take time to cherish the wisdom of their elders, and remember a great triumph over an ancient evil. Those who now reside within the Nexus have brought these traditions along, and you can help ring in the new year by joining in our brand-new Lunar Festival event. 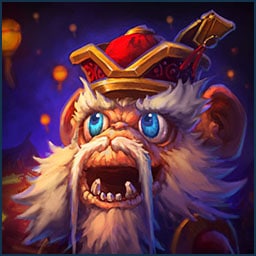 As part of our celebration for the new year, we’ve also added new hero skins, a pair of Lunar Festival bundles, and a brand new mount to the in-game Shop. If you’re eyeing one of the bundles, then be sure to move quickly, because they’ll only be available during our Lunar Festival event!

We hope you’ll join us in celebrating the Lunar Festival this year, and don’t forget to help your teammates catch those Elder Monkeys, because you just might need their help in the future! Until next time, we’ll see you in the Nexus.