Heroes of the Storm is Now Live!

Following yesterday’s massive live event in London, we’re absolutely thrilled to announce that Heroes of the Storm has officially launched! After more than a year of Alpha and Beta testing, you can now join players from around the world as they step through the Nexus Portal for the very first time.

Whether you’re a battle-hardened Beta tester seeking information on our latest hero, or a brand new player who’s only just found out about Heroes from a friend, we’ve got something exciting in store for everyone. Be sure to dig into all of the articles and announcements below to learn how you can join the launch celebration, dig into new game content, find out what’s new in the Shop, and much more. 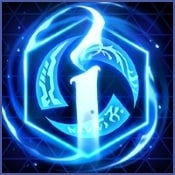 Additionally, if you log in to Heroes of the Storm before Tuesday, June 9, you’ll automatically be rewarded with an exclusive player portrait that you can wear to help us celebrate the release of the game. Team up with a few of your closest pals and download Heroes of the Storm, for free, to start brawling in the Nexus today!