"Drown in the tide of sin!"

The Lord of Sin rules over a densely populated land of hell where both the greatest joys and despair, and the deepest depravities can be experienced. But it is never enough for Azmodan, who has set his eyes on the realm of Sanctuary, and now, the Nexus!

Azmodan is a master tactician and clever manipulator who trades in vice and corruption. He is passionate and plotting—both to very dangerous degrees. He hails from the Diablo universe, and in Heroes of the Storm, he takes on the role of a powerful ranged Specialist who excels at laying waste to the opposition through the swarms of powerful demons he summons. You’d best be careful to keep this Lesser Evil on your side, though, because Azmodan brings his own sinister strengths to the many varied Battlegrounds of the Nexus!

For an even more in-depth look into this iconic Diablo villain and his abilities, make sure to check out Azmodan's Hero Page! 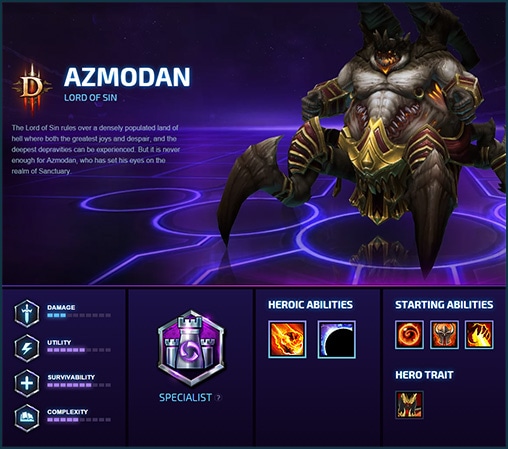 "I am Azmodan, the Lord of the Burning Hells!"

Azmodan’s starting skin in Heroes of the Storm captures the very essence of this clever master of temptation! 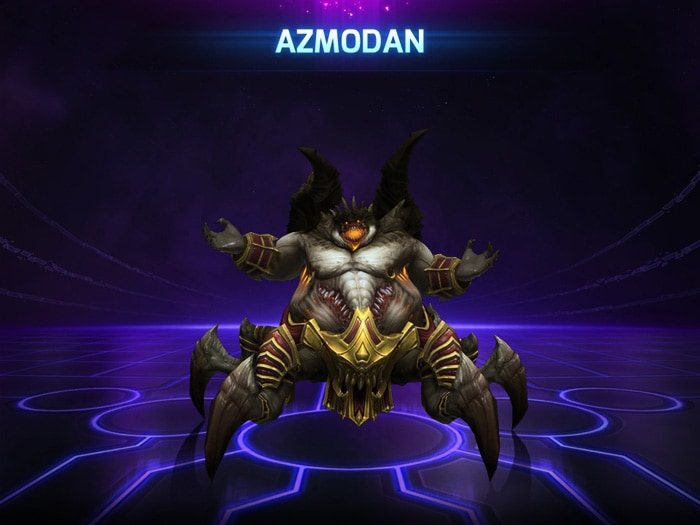 The history we know has been reimagined in Azmodan’s newest alternative skin. What if Gul’dan, the Betrayer of Orcs, had not only indulged in Mannoroth’s gift, but also Azmodan’s gift as well! 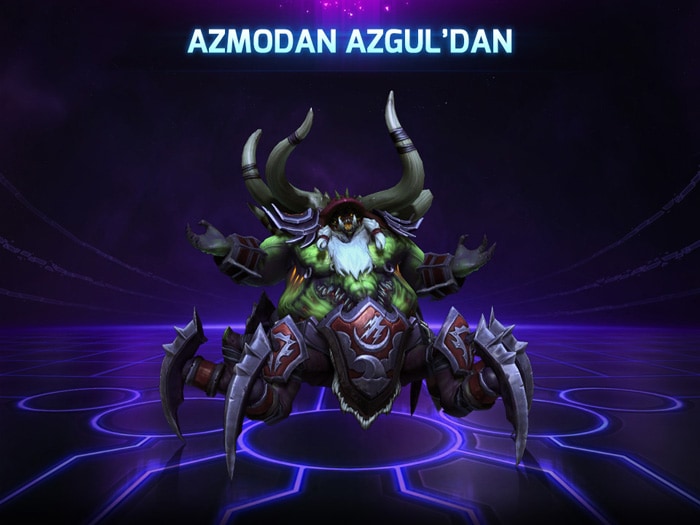 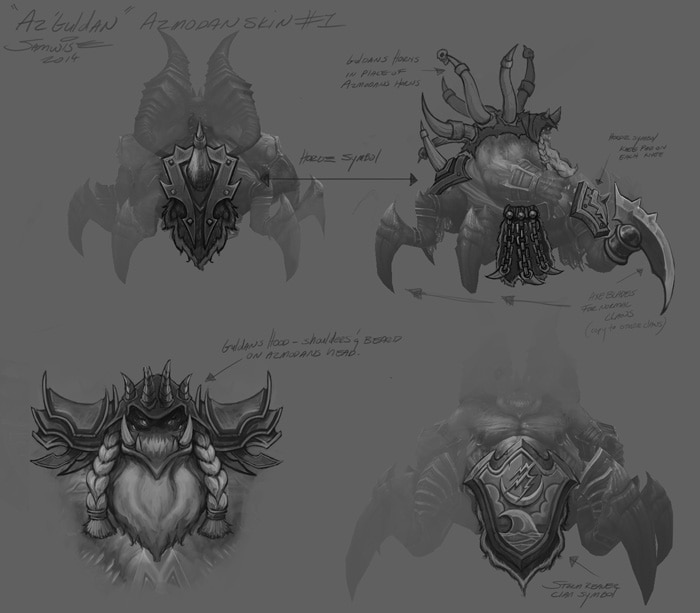 Eager to show off your demonic mastery of Azmodan’s in-game? Once you reach Level 10, you’ll be able to purchase Azmodan’s Master Skin with Gold and take your rightful place as Lord of the Burning Hells and the Nexus! 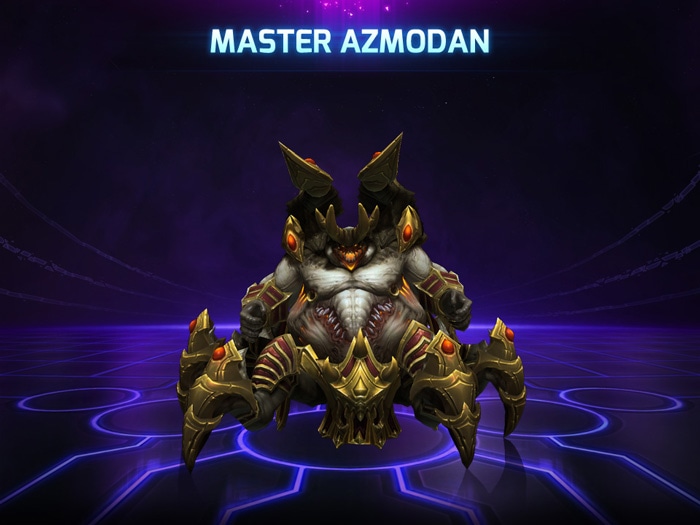 Check out the video below for a closer look at six new skins that are currently in development for Heroes of the Storm, including Azmodan, Az'guldan Azmodan, and Master Azmodan!

"Cower before me, mortals!"

"You thought you were so clever, that you had outwitted us all. One by one, our brethren fell into your trap, but not me. I defy you! I now know the Black Soulstone is the key, and it shall be mine. Soon, my armies shall pour forth from the Shattered Mountain, ravaging this world and all hope of resistance. My minions will find the stone, wherever you choose to hide it. Then, at long last, Azmodan shall reign as the Prime Evil." –Azmodan

"Nephalem fool... When the soulstone is embedded in my flesh, the Seven shall be as one within me! I will be the sum of all Hells—the Prime Evil!” –Azmodan

"Arrogant nephalem! My servants will feast on your pride as they devour your flesh!"–Azmodan

Azmodan’s villainy has left an undeniable mark on the Diablo universe. If you’re interested in learning more about the Lord of Sin, make sure to check out the following related content:

You can also feast your eyes on some official art and concepts featuring Azmodan below: 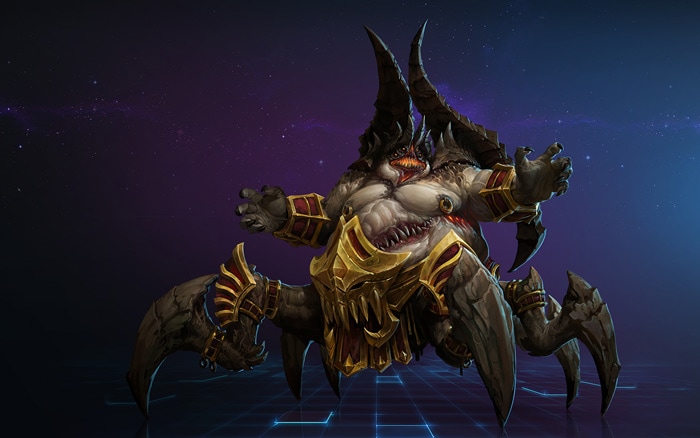 "Kill me once, shame on you. Kill me twice… all part of my plan!"

We hope you’re enjoying our demon-filled Azmodan Hero Week! What aspect is your favorite indulgence so far, and what else are you looking forward to learning about the Lord of Sin? Let us know in the comments below!