"Sometimes I miss being human...
...until I see how easily they die."

Once a terran ghost with formidable psionic abilities, Kerrigan was betrayed by her allies and transformed by the zerg into the Queen of Blades. Now freed of the dark one's corruption, Kerrigan faces a threat that could destroy the galaxy itself, but in the meantime, the Nexus calls!

Sarah Kerrigan hails from the depths of the StarCraft universe, and in Heroes of the Storm, Kerrigan takes on the role of an Assassin who is a heavy-hitting, combo-based Hero who specializes in initiating fights and forcing her will onto her opponents. The cunning Queen of Blades is definitely a strong ally that you’ll want by your side as you seek to control the Nexus!

For an even more in-depth look into this iconic StarCraft Hero and her abilities, make sure to check out Kerrigan’s Hero Page! 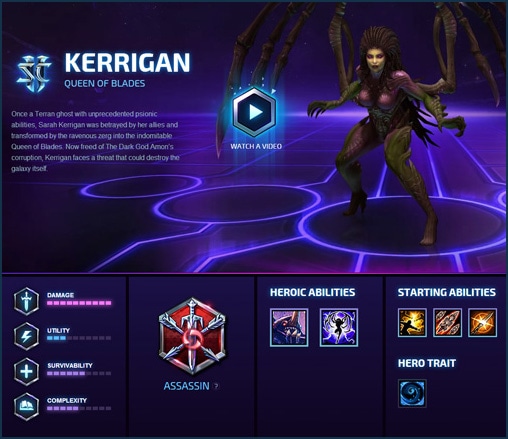 "All is fair in love and Swarm."

Potent psionic abilities, unmatched courage, sharp tactical instincts, and lethal training have made Kerrigan a formidable opponent.  Her starting skin in Heroes of the Storm ensures that you’ll be looking your best when you take your place as the Queen of Blades and leader of the zerg Swarm! 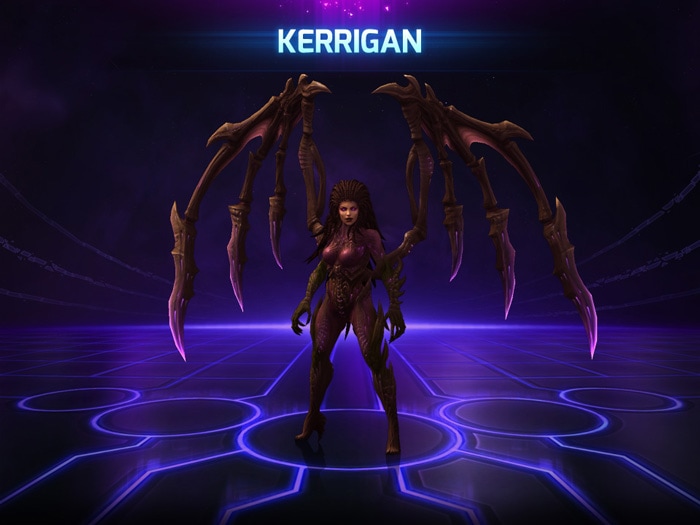 Kerrigan is known for her telepathic mastery as well as her prowess in battle, but this alternative skin shows off a very different, crueler side of her. 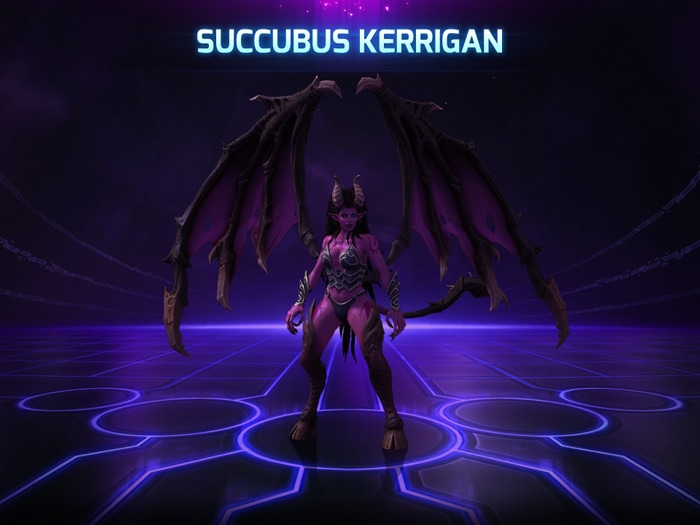 Eager to show off your mastery of Kerrigan in-game? Once you reach Level 10, you’ll be able to purchase Kerrigan’s Master Skin with Gold and take your rightful place as Queen of the Nexus! 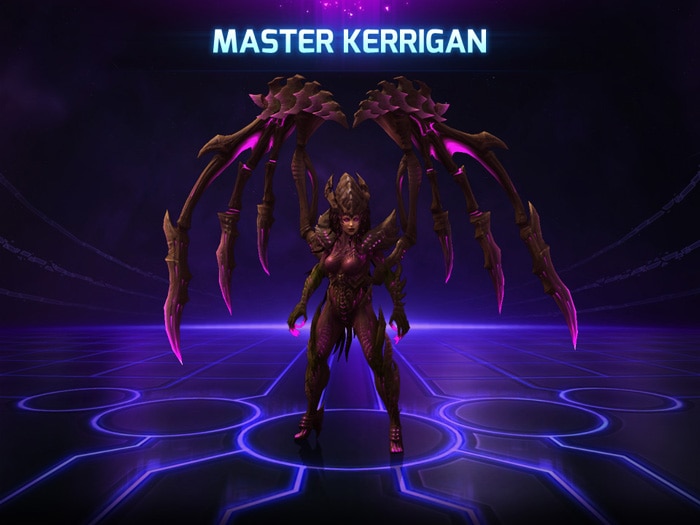 Craving a skin that shows off your darker, but more cultured side? We have just a thing. A new skin for Kerrigan is currently under development, so feast your eyes on this sneak peek at Countess Kerrigan! 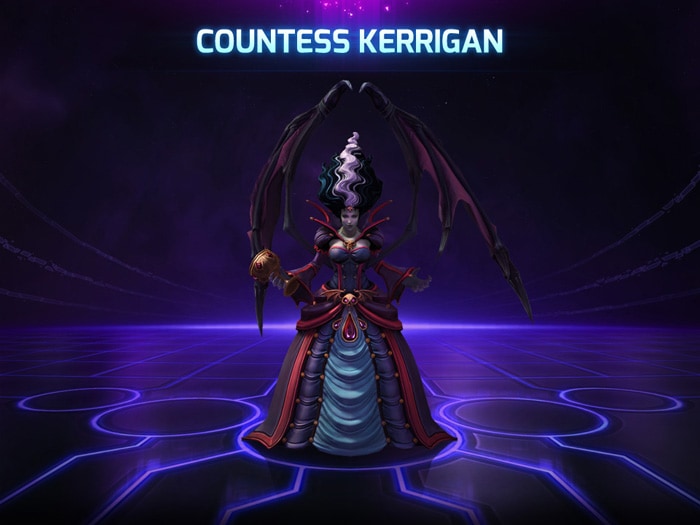 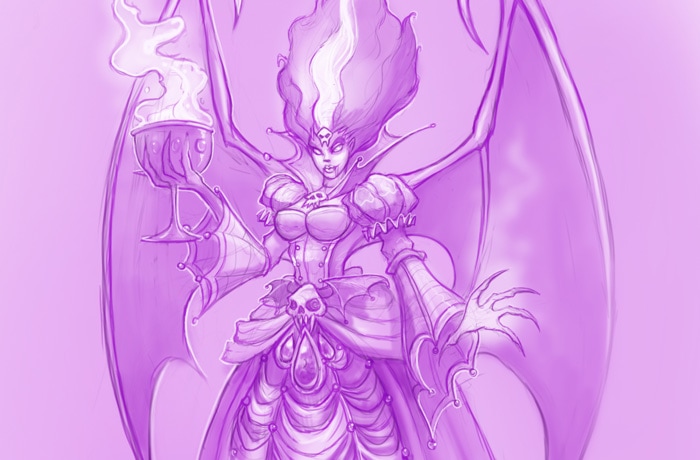 The original concept art for the Countess Kerrigan!

"If you were telepathic, you would prefer the company of zerg over humans too."

"Armies will be shattered. Worlds will burn." –Kerrigan
"Soon all will serve the swarm!" –Kerrigan

"You made us all into monsters." - Kerrigan

"The past is dead, and buried." –Kerrigan

"Once again I stand atop the broken bodies of my enemies... Victorious but not unscarred." – Kerrigan

"My forces are without number, and yours are dwindling by the minute." – Kerrigan
"I love zerg. I love every kind of zerg. I think about how cute they are, and how the mandibles... and the claws… and the tentacles… I just wanna hug all of them… but I can't hug every zerg." – Kerrigan

Since the first appearance of Sarah Kerrigan in StarCraft, many talented artists have sought to illustrate her in her time as a human, as well as her evolution into the Queen of Blades. Below are fifteen astounding pieces of fan art featuring Kerrigan and her zerg Swarm, which were submitted by incredibly talented artists from around the globe.

No single human being has been more inseparably tied to the twisted destinies of the terran, protoss, and zerg races than Sarah Kerrigan. Her legacy has had a long and lasting impact on the StarCraft universe, and while certain aspects of her past remain shrouded in mystery, there is quite a bit of content available to anyone interested in finding out more about Kerrigan’s journey from an innocent child beset by strong psionic powers, through to her time in the Confederacy, her time alongside the rebel Jim Raynor, and the events that led to her eventual transformation, and retransformation, into the notorious Queen of Blades.

If you’re interested in learning more about Kerrigan’s evolution, make sure to check out the following related content:

You can check out some official art featuring Kerrigan and her Swarm below: 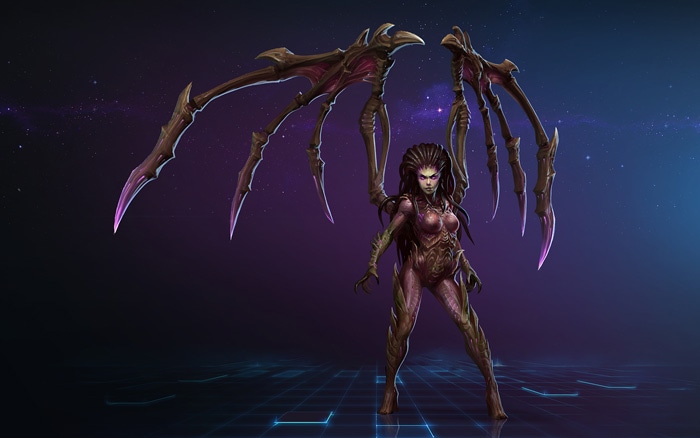 "This is going to hurt you more than it hurts me... at least until you join the Swarm. Just ask Stukov."

We hope you’re enjoying our psi-empowered Kerrigan Hero Week! What’s been your favorite part so far, and what other things would you like to know about the notorious Queen of Blades? Let us know in the comments below!