"Heroes of the Storm, huh? Got to say…I might just have an unfair advantage."

- Rehgar, Shaman of the Earthen Ring

Rehgar Earthfury hails from the Warcraft universe, and he’s has seen his share of combat, both as a gladiator, and a master of his own team of fighters. Now, having put that life aside, he serves as a simple shaman of the Earthen Ring, earning his redemption by healing the broken lands of Azeroth...and now, the Nexus!

In Heroes of the Storm, Rehgar takes on the role of a Support who is a versatile melee caster with exceptionally high mobility due in part to his swift Spirit Wolf form. This fierce ex-gladiator is definitely an orc that you want by your side as you seek to overcome your opponents in the Nexus!

For an even more in-depth look into this battle-hardened orc and his abilities, make sure to check out Rehgar’s Hero Page! 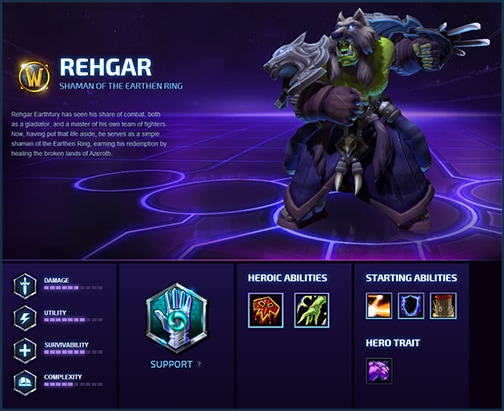 Rehgar’s starting skin in Heroes of the Storm is ready for anyone that dares to take on this ex-gladiator, and Shaman of the Earthen Ring! 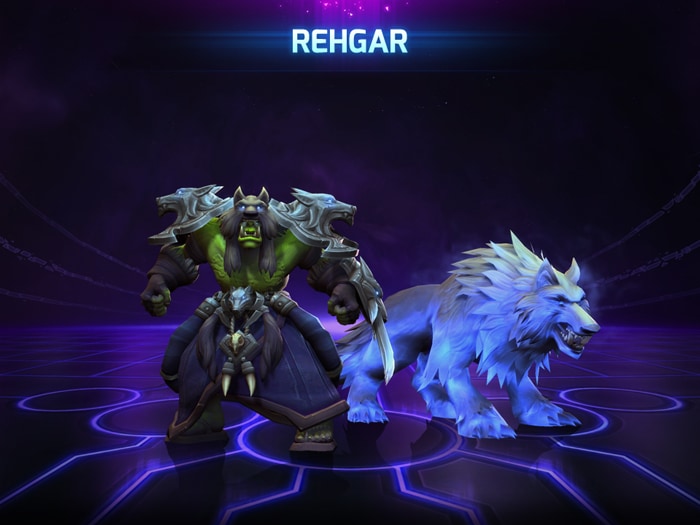 The newest Rehgar alternative skin we're revealing is one that shows the true might of the Iron Horde! 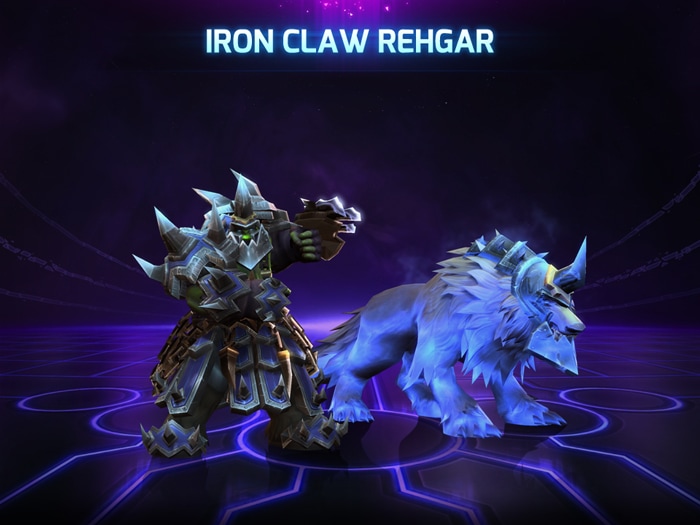 You can see these skins in action in the following video, which showcases turnarounds for Reghar and his Spirit Wolf form for his starting skin, the Ironclaw Rehgar skin, and a sneak peek at the upcoming Master Reghar skin!

"Play to your strengths, and victory will be ours!"

- Rehgar, Shaman of the Earthen Ring

"So you're asking yourself, did he drop three totems, or four? Do you feel lucky, pinkskin?" –Rehgar

"I will rock you! Watch and learn, ETC." –Rehgar

"Murky, stick with me. The last croc-bait on my team became High King of the Alliance.” Rehgar

Rehgar has played an important role in the Warcraft universe, particularly in the comics and expanded universe. If you’re interested in learning more about Rehgar and his companions, make sure to check out the following related content:

You can check out some official art featuring Rehgar below: 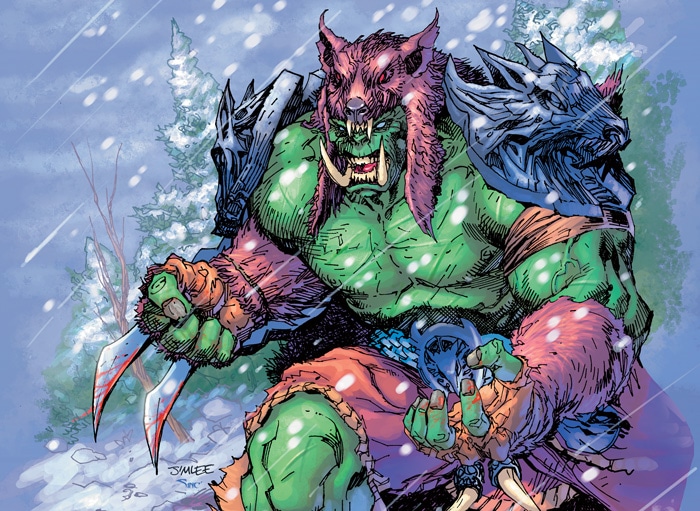 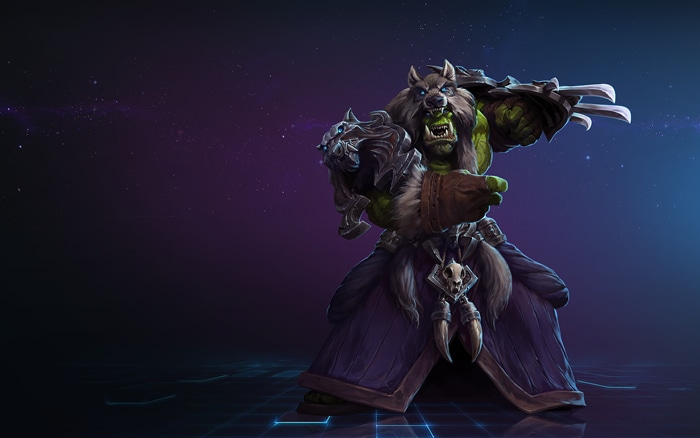 We hope you’re enjoying our battle-hardened Rehgar Week! What’s been your favorite part so far, and what else would you like to see? Let us know in the comments below!