Voyage to the Sunken City is NOW LIVE!

All aboard! Grab your snorkel and your flippers, Voyage to the Sunken City is now live worldwide with 135 new collectible cards, the new Naga minion type, new Colossal and Dredge keywords, sunken treasures, and more!

The vengeful Naga are Hearthstone’s newest minion type. Naga are drawn to magic and tend to have stronger effects if you cast spells while they watch from your hand.

Colossal minions are so big, they don’t fit on one card! Minions with the Colossal keyword come with additional appendages that synergize with the minion’s main body. Those appendages are part of the Colossal minion, so they are summoned whenever the main body is summoned, even if it was not played from hand. Each class has its own Legendary Colossal Minion in Voyage to the Sunken City.

Dredge is a new keyword that lets you look at the bottom cards of your deck and choose one to bubble up to the top. Azsharan cards are cards that put a more powerful “Sunken” copy of themselves on the bottom of your deck. Use Dredge to find that pivotal removal spell, that key combo piece, or your powerful Sunken treasures! 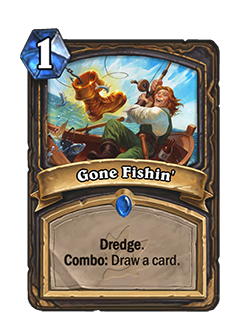 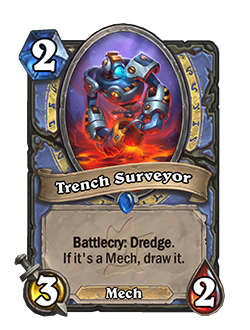 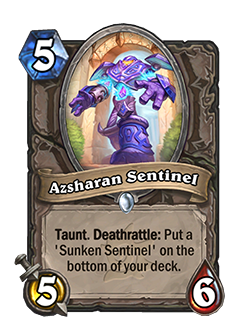 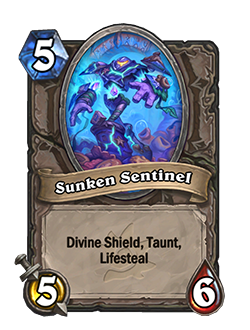