Ancient items truly shine in Season 17: so long as you have no Set bonuses equipped, each Ancient you equip will provide you with a massive 750% boost to damage dealt and 4% reduction in damage taken. For those of you who may have taken a break from gathering loot recently, we thought a quick refresher was in order to clear up any confusion about the differences between Legendary, Ancient, and Primal Ancient items. 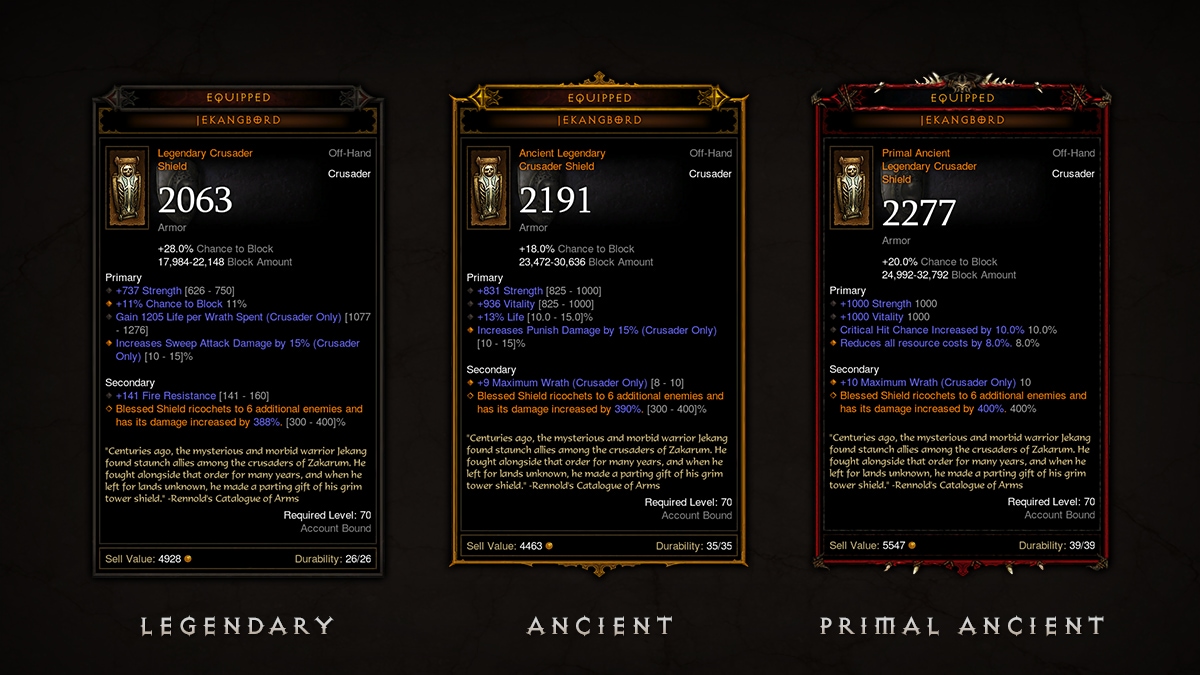 In general, Ancient and Primal Ancient items are more powerful versions of Legendary items. They are identical to Legendary items except that their base attributes (damage or armor) and all non-percentile affixes roll higher values for both minimum and maximum possible rolls.

Primal Ancients are for players who have largely completed gearing for their build or finished their Season Journey but want to continue playing. They’re also for non-Seasonal players who have great gear and spend most of their time gaining Paragon Levels and upgrading Legendary Gems. We wanted to extend the excitement of seeing gear drop or spending Blood Shards at Kadala beyond obtaining Ancients in every slot. Primals provide an avenue for dedicated players to complete a build, without feeling like required upgrades.

We hope that answers any questions you may have about Ancients and Primal Ancients. Now go get ‘em!