Since taking their first steps in Diablo Immortal, adventurers have vanquished countless demons, loosened the hold of the Burning Hells over Sanctuary, and tracked down fragments of the shattered Worldstone. Today, we’re excited to share details on our first new content drop since launch and provide a preview of our next batch of new content to come. Before we dig in, let’s give you insight into our post-launch content philosophy and address player concerns around in-game bugs and bots.

It’s our intention for Diablo Immortal to be a game that you can forge friendships over while felling adversaries together and enjoy playing for many years to come. As we’ve mentioned in the past, Diablo Immortal will receive frequent content updates, supplying new Helliquary bosses, in-game events, expansions, and more—all of which will be free.

The team is constantly monitoring your feedback and are excited to introduce multiple bug fixes with today’s content update. We also have a blog dedicated to communicating known issues for the PC Open Beta version of Immortal and when we have implemented hotfixes or patches for these issues. Recently, we have received reports of bots in Diablo Immortal—we are committed to continually monitoring all bot reports and will respond with disciplinary action as needed to ensure these accounts do not create a negative playing experience for our community. If you come across any bots while playing Diablo Immortal, please use the in-game reporting tool to alert us. This ensures we receive the reported player’s UID.

The devotees of the Countess, the wicked Bloodsworn, have risen up in revolt throughout the Dark Wood. A new Battle Pass devoted to the Bloodsworn’s valor has arrived, and with it, Season Two begins on July 7 at 3:00 a.m. server time. The Bloodsworn Battle Pass is host to 40 ranks-worth of challenges and rewards, such as Legendary Gems, Crests, Hilts, and more.

The Season Two Battle Pass only runs until August 4 at 3:00 a.m. server time—begin slaying demons and climbing your way through the ranks today! 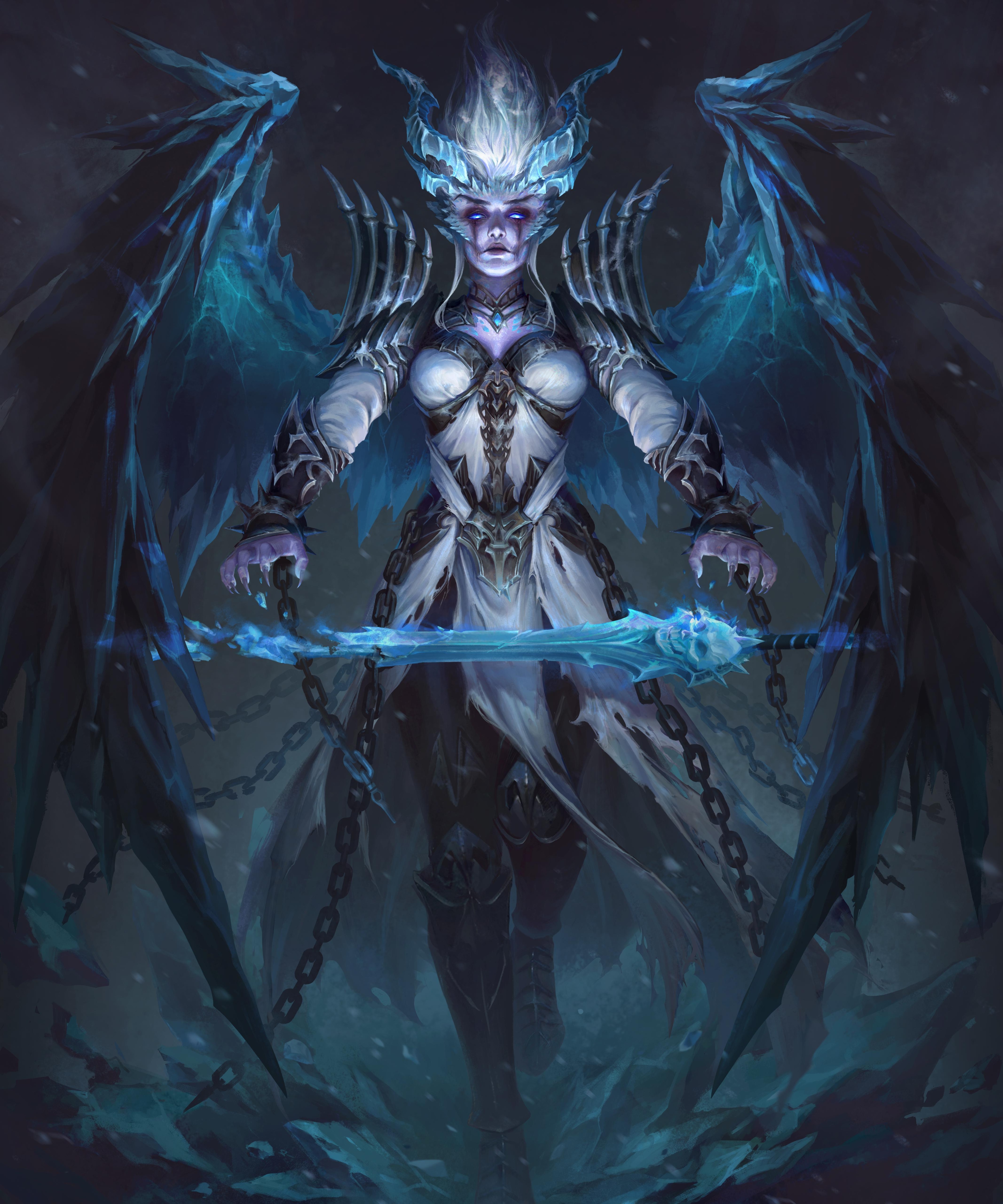 Rayek has located another one! But he’s going to need the help of a few hardened adventurers to dispatch this glacial threat. Emerging from the icy depths of the Frozen Tundra, Vitaath the Shivering Death, will stop at nothing to encase all of Sanctuary in ice. This laconic demon stalks her prey cloaked in frozen wind and gives chase on wings of ice. She relishes nothing so much as the moment her targets find themselves unable to move.

If you have what it takes, assemble your group of battle-ready adventurers, visit Rayek’s Helliquary in Westmarch, and bring an end to Vitaath’s ice age of terror—glory and rewards await you upon success!

The moon is hungry, and it demands blood. . . perhaps even yours! You, adventurer, gaze upon the moon—bask in its hallowed glow, heed its howl for sustenance, and lunar-laced blessings you shall be bestowed. Fulfilling the moon’s demands will earn you Moonslivers, which can be traded for Blessings. After acquiring seven Blessings you will have curried enough goodwill with the moon to trade these in for a random reward. Offer enough blessings to the moon and it will even present you with its favor.

Blizzard and the Diablo Immortal team would like to thank you for your time spent defending Sanctuary. This patch is just a start. We've been collecting suggestions and feedback for the game since launch and look forward to sharing more updates in future patches. While we don't want to entirely spoil the fun, we will leave you with this: Class Change, alongside other additional new content, is coming your way in our next update later this month.

To see the newest bug fixes and feature updates added for the PC Open Beta version of Diablo Immortal, visit this PC-specific blog.

Developer’s Note: The previous two changes were made to remove the reward of repeating a small rotation of attacks while standing in one place, such as the behavior of some common botting.

Developer’s Note: The gem’s explosive effect is only triggered by total loss of control (effects such as stun and fear), not all crowd control effects (such as slow and chill).

Developer’s Note: Players have expressed frustration with how XP globes are currently dropping in-game, as they would fly out in a random direction from the killed monster. This patch will reduce the radius of how far away they can drop.