When visitors pass through the gates of Blizzard's office campus in Irvine, they immediately gravitate toward the Orc statue! A dear hero in Blizzard’s heart, the statue is a popular spot for:

*Actually: only a billion

"Create a larger-than-life sculpture of a fearsome wolf-mounted orc warrior from Warcraft;" that was the challenge Blizzard presented to New Zealand-based Weta Workshop.

Blizzard worked closely with Weta artisans in New Zealand and China to turn the small prototype into a bronze behemoth.

After over a year of intense work, the 12 foot tall, 2 ton bronze orc warrior now stands watch in the courtyard of Blizzard Entertainment’s Irvine campus. 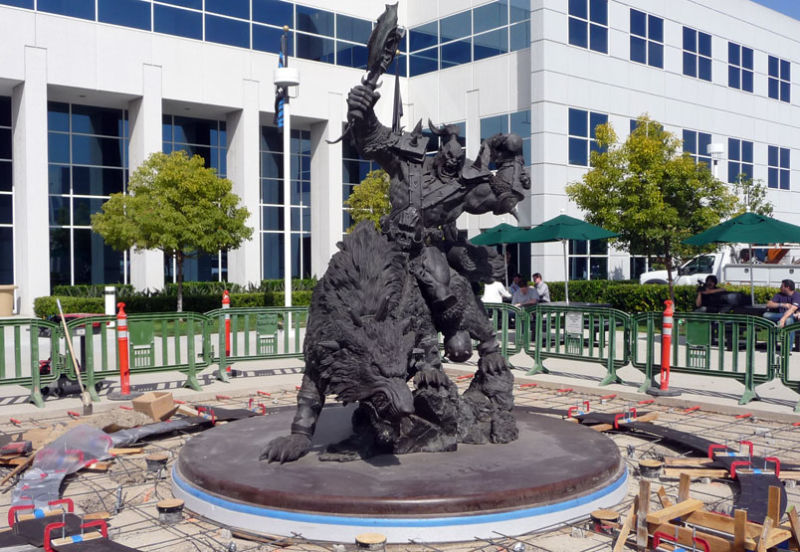