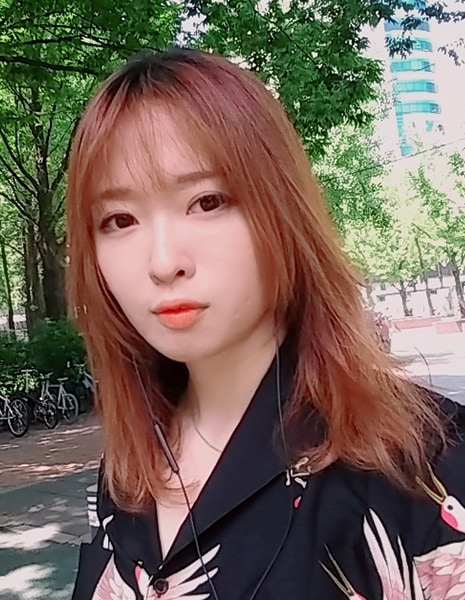 Professional artist and illustrator Chae “Kkuem” Ji Yun has worked on numerous books, games, and other kinds of art projects over the last 10 years. Recently, she got the opportunity contribute to her absolute favorite: Overwatch.

Earlier this month, players got the opportunity to unlock limited-time cosmetic items during D.Va’s Nano Cola Challenge. While most could be earned in-game, a set of special D.Va emoji-themed sprays were unlocked by watching selected Twitch broadcasters stream Overwatch. Kkuem is the artist who behind these adorable sprays. “Among all the projects I’ve been a part of, the D.Va emoji project was one of the most enjoyable for me to work on. It thrills me to see players use the emoji sprays to express themselves!”

Kkuem’s journey began in 2016, when Blizzard Korea reached out to her to create Overwatch emojis for a Korean social app, KakaoTalk. “At the time, I was turning down all external requests, but when they contacted me, I nearly jumped out of my chair in joy.”

These emojis were available to download in Korea for a limited time, but with the upcoming D.Va’s Nano Cola Challenge, the Overwatch team saw an opportunity to offer them as sprays to players around the world.

“It was really great to see users going to IGRs or watching Twitch to unlock the emojis and sprays, then seeing them post about how they’re using the sprays. It helped me feel a bond with the players. It makes me so happy that I can be a part of the game I so respect and love!” 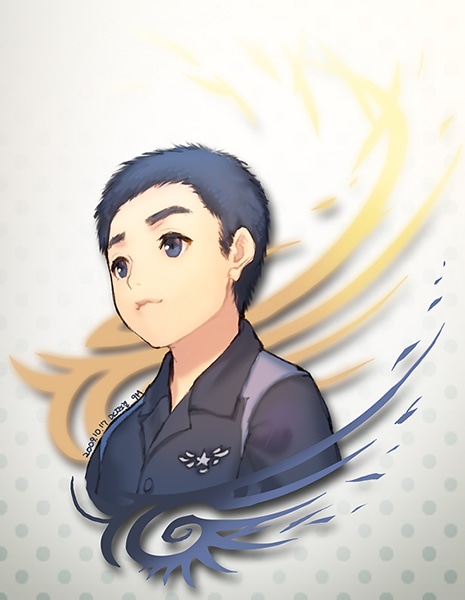 On top of Overwatch, Kkuem also plays StarCraft and World of Warcraft. She credits all three with inspiring her to become an artist and painter. Among her early work is a series of online comics based on her adventures in Azeroth. She’s also created fan art pieces of the professional StarCraft player, Hong “YellOw” Jin Ho.

“The game I’ve played the most, of course, is Overwatch!” Kkuem says. “I started the game about four days after it was released, and I’ve played every day since except when I was on work trips abroad. I’ve made some great friends through the game, and it’s really enjoyable to see my Skill Rating getting higher as time goes! It brings me so much happiness to be able to create works on the game I love.”

Overwatch isn’t just a game for KKuem—it’s part of her lifestyle.

“Overwatch and many other games make my life a happier one,” Kkuem says. “I was able to overcome hardships by relieving my stress with games, and I am grateful that I was able to be immersed in such a diverse set of universes.”

“I started playing Overwatch with my friends, and it brought us closer. We’ve participated in Open Division and get together every week for a meal and to talk about the game. I also keep in touch with many people that I befriended while playing the game. The word that comes up most when we discuss Overwatch is probably ‘happiness.’” 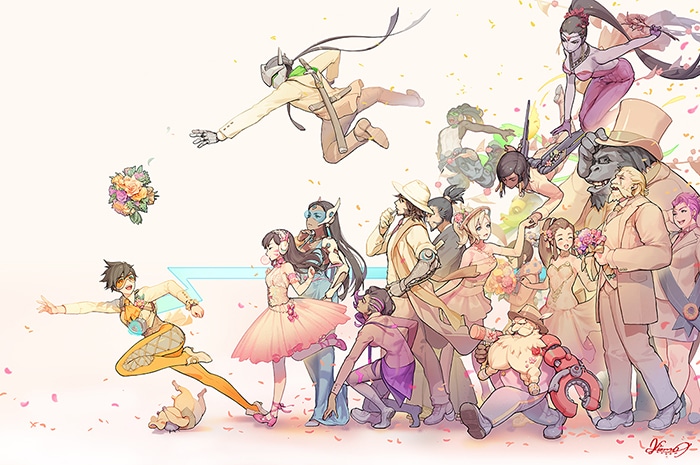 As a staunch Overwatch supporter (and support main), Kkuem thinks about how the world can use more heroes. “I actually use the phrase, ‘Never accept the world for what it appears to be. Dare to see it for what it could be’ quite often in online communities and offline gamer meetups when I suggest that they start playing Overwatch,” she says, “It’s an amazing game that I would like to play with more people!”

Kkuem has some big dreams down the road, including continually polishing her craft and reaching Grandmaster in Overwatch. She would also like to be an active agent in making people happy.
“I wish the world would be a kinder place to people who are spiritually exhausted. Ever since I was an amateur, I’ve wanted people to see my work and feel happy or find solace and feel at ease. I hope my work is a consolation to those who are hurt and to find some space to breathe.”

If she were to enlist as an agent of Overwatch, she would find herself at home in the support section.

“I probably would be one of the support heroes,” Kkuem says. “I would like to be able to help my comrades to become stronger or to heal them. I would like to be a real-life Mercy. When Jeff visited Seoul, I saw in him the kind of warmth I feel from Mercy, from the kind words that he gives to people, to his ability to really listen to what others are saying. I felt that I would like to be such a giving, loving person.”