The Year of the Dragon may be rapidly flying toward its conclusion, but the dragons themselves have only just begun to descend upon the tavern. Beginning at this year’s BlizzCon, we’ve parted the clouds on the Descent of Dragons set, unearthing three of the five Legendary Galakrond cards that players will receive for free once Descent of Dragons touches down. We’ve also begun to explore some of the other sidequests, shiny sky mechs, and scaly sky serpents that will be available to collect after the expansion launches in a few weeks.

But, of course, BlizzCon was only the beginning, and even more cards have been unleashed across the frozen wastes of Northrend. We’ve gathered some of the high-flying highlights below, and you can always track the newly revealed and upcoming cards here.

Building a strategy around subterfuge and avoidance? Sanctuary is the perfect Sidequest to stave off your adversary’s aggressions. Give yourself a break and bolster your defenses with a 3/6 Taunt minion. Then, plot your next offensive play in peace. 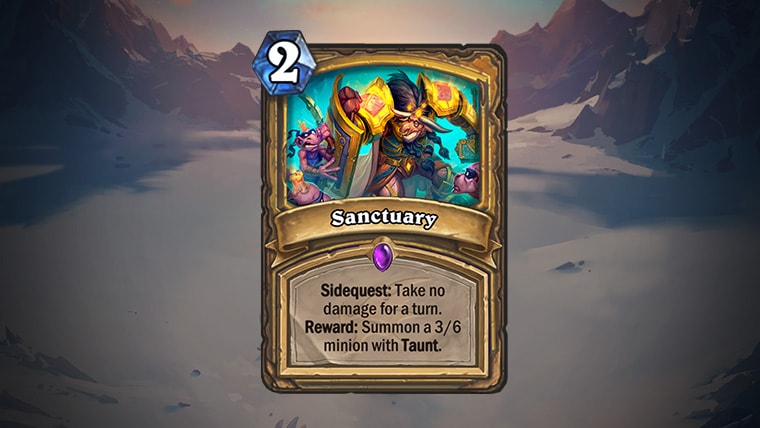 Listen, not everyone can breathe fire or… be a dragon. But other minions are just as important. Necrium Apothecary may not be a dragon, but he isn’t going to let that stop him from harnessing the power of a tiny flame and some unidentified substances to defeat his foes. Rogues will be glad to have another tool in their combo kit to make even more of their deathrattle minions. 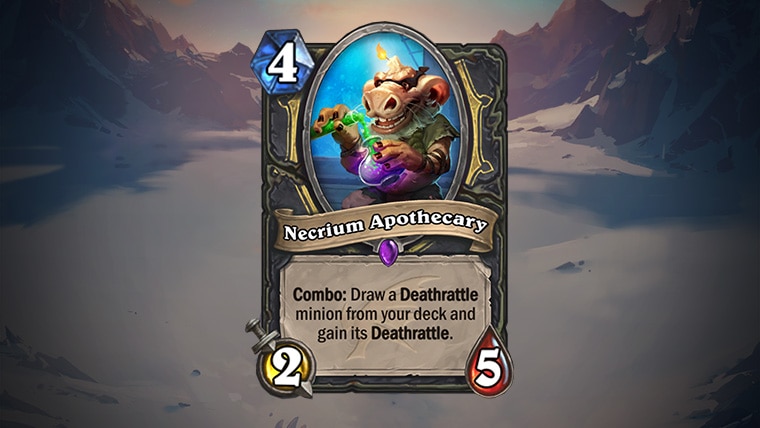 Among the five manifestations of Galakrond, this one is, without a doubt, the least breakable. Galakrond the Unbreakable allies with the Warrior class, bringing his petrifying minion buffing ability to strengthen allies. Like other Galakrond cards, his power grows through invocation, and this Warrior variation will draw more and more minions to ensure a swift end for your enemies.

As we draw closer to the release of Descent of Dragons, we’ll have one more card reveal recap for you,  which might – just might – have another dragon or two for you to view. We’ll see you soon.