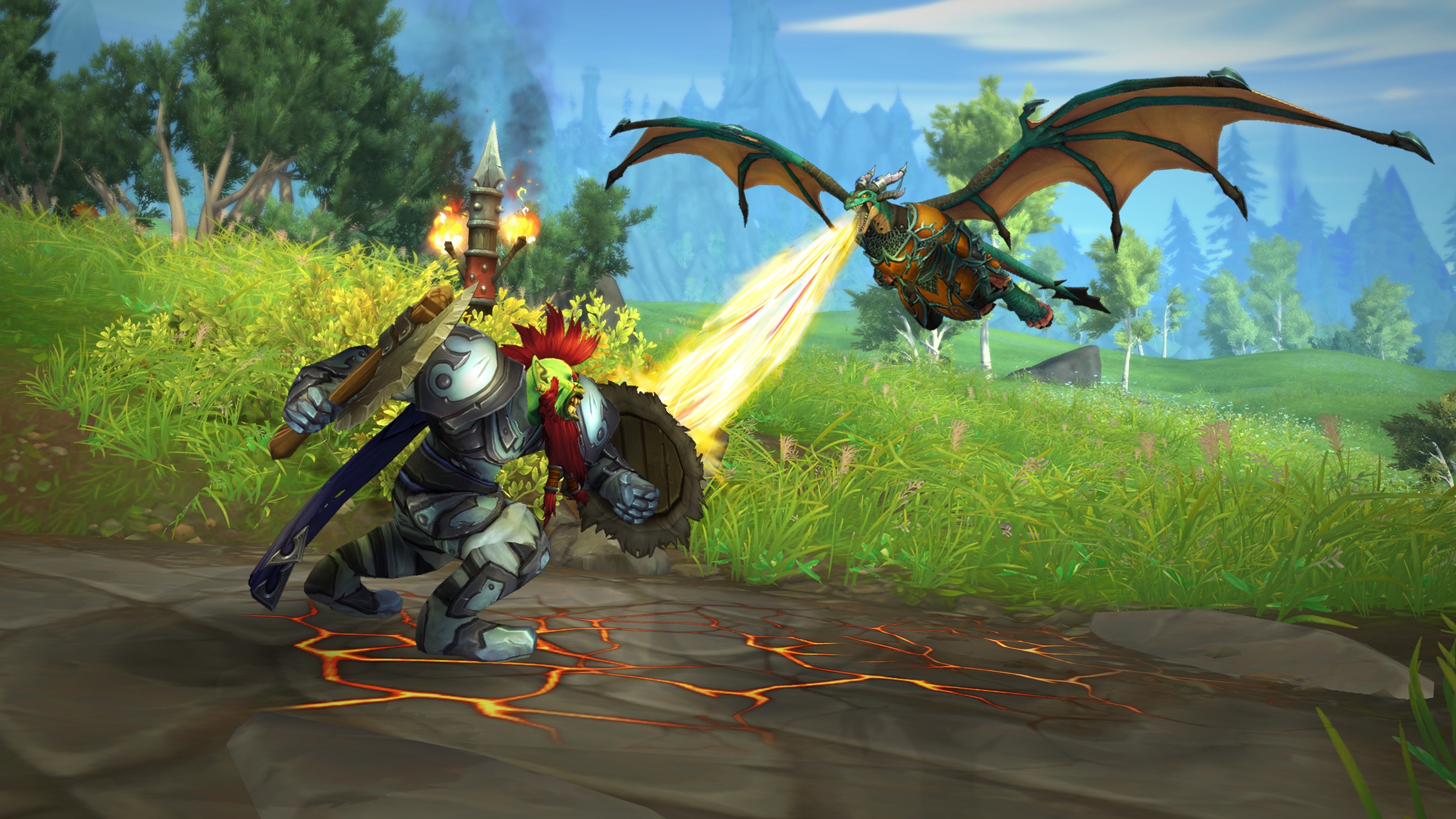 Dragonflight Season 1 is now live and brings a new raid, an updated rotation of challenging Mythic+ dungeons, and a new PvP Season. This season will also feature familiar exclusive rewards such as the Ahead of the Curve and Cutting Edge achievements for raids, Keystone Master achievements, rewards for Mythic+, and Gladiator rewards for PvP.

Read on for more details, and prepare to take on all new challenges.

Vault of the Incarnates

The Primalists breached the Titan prison used to hold the Incarnates for millennia. Within, Raszageth performs a foul ritual to unleash her siblings so together they can purge the world of the Titans' influence. The champions of Azeroth must assault this impregnable fortress and break their defenses to end this threat. While many could fall, defeat condemns all the realms to the Incarnates' reign of fire and blood.

Vault of the Incarnates is the first raid players will experience in Dragonflight, featuring eight all-new boss encounters. [Learn More]

Cross-faction Mythic Vault of the Incarnates will be available from the start. Hall of Fame entries will require at least 16 out of 20 raiders from the same guild and faction to be eligible for rewards. Cross-realm will unlock later in the season.

Four new World Bosses are raging through the Dragon Isles and will be on a weekly rotation starting with Basrikron, The Shale Wing.

Mythic+ and PvP Season 1 will also begin the week of December 12 with regional maintenance. For Dragonflight, the item level of rewards from completing Mythic+ runs will not be capped on the first week, as Mythic Vault of the Incarnates will open simultaneously.

The Inspiration Catalyst used to turn non-set pieces of the appropriate slot into a new set piece of the same item level will be available later in Season 1.

Enemies have 5% more health. While in combat, players are periodically overcharged with primal power from Raszageth's unending storm. This power comes with great risk, and failure to discharge it quickly can have stunning consequences.

The following rewards can be obtained by completing Mythic Keystone Dungeons in Season 1:

A new PvP Season will also kick off, allowing heroes all over Azeroth a chance to obtain glory in the Arenas and Battlegrounds. The new item level caps for Honor and Conquest gear shake up as follows:

The Weapon Illusion, Pennant, Tabard, and Cloak will be updated and added in a future content patch before the end of Season 1.

Also, starting in Season 1 of Dragonflight, we will introduce a weekly map rotation for Rated and Skirmish Arenas to keep things exciting and fresh from week to week. [Learn More]

Read through the content update notes for more details on the changes coming in Dragonflight Season 1. [Learn More]

To learn more about Dragonflight, visit Dragonflight.blizzard.com and check WorldofWarcraft.com/news for updates.