Subscribe to WoW and Play Every Expansion Through Legion! 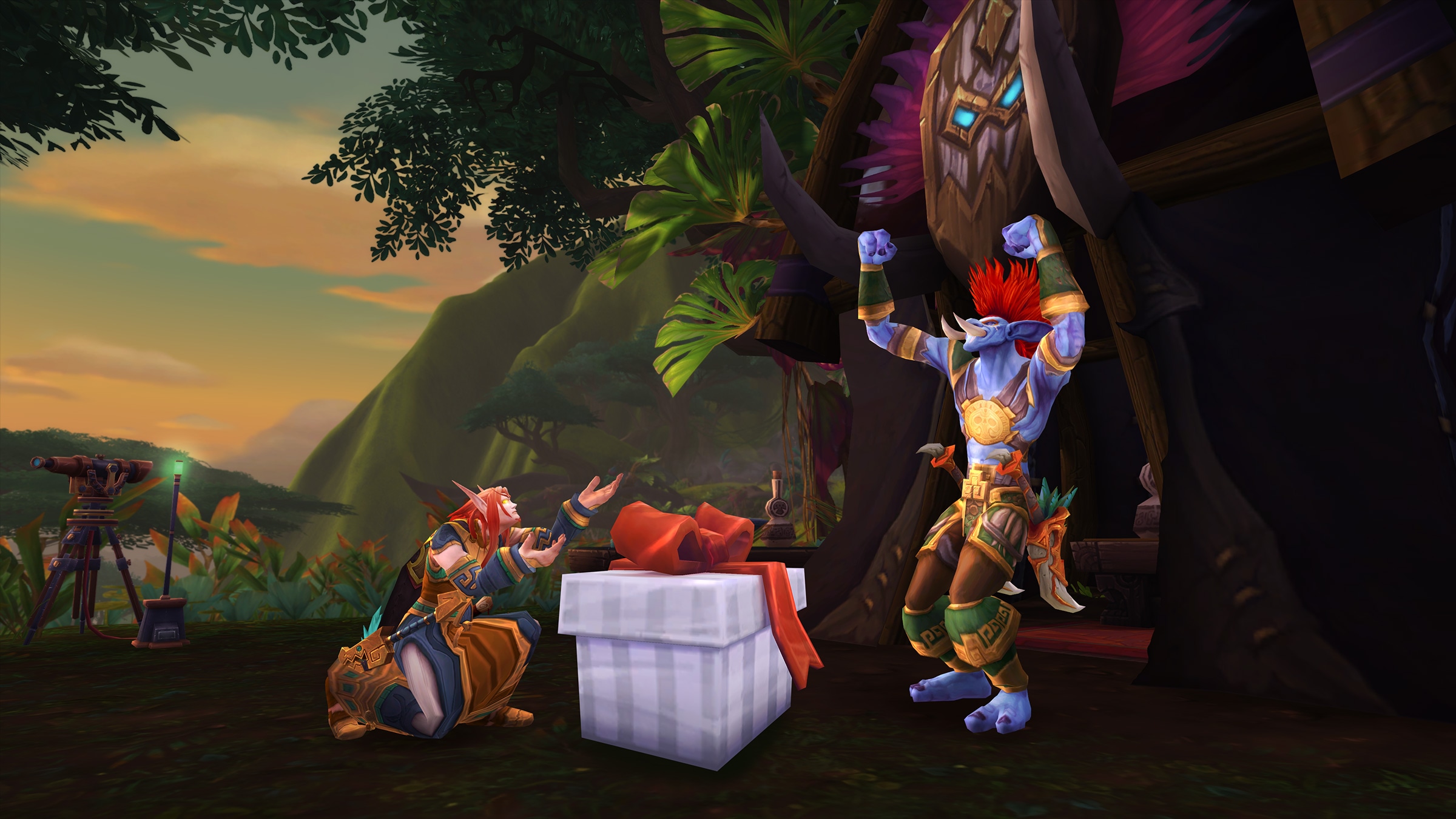 Today we’re also updating the World of Warcraft: Complete Collection for new subscribers, which includes all seven expansions—including a digital pre-purchase of the upcoming Battle for Azeroth—30 days of game time*, and one Level 110 Character Boost.

Give the Gift of Battle for Azeroth

The next chapter of World of Warcraft is almost here, and it’s the perfect time to help your friends and family get into the action by giving the gift of Battle for Azeroth!

Once you’ve pre-purchased Battle for Azeroth and assembled your allies, it’s time to get ready for the global launch. . . .

Battle for Azeroth™: One Launch to Rule Them All

Mark your calendar for August 14!** For the first time in World of Warcraft® history, the next expansion—Battle for Azeroth—will launch in the Americas, Europe, Taiwan, Korea, and Australia/New Zealand at the same time. Wherever you live and whatever faction you fight for, you can be part of one globally unified front as the battle for Azeroth begins. See the complete launch schedule here.

Whether you’re Alliance or Horde, it’s time to heed the call of battle!

*30 days of game time available for new subscriptions only.
**To align with other regions, the Americas will launch slightly ahead of August 14 in local time. Learn more.