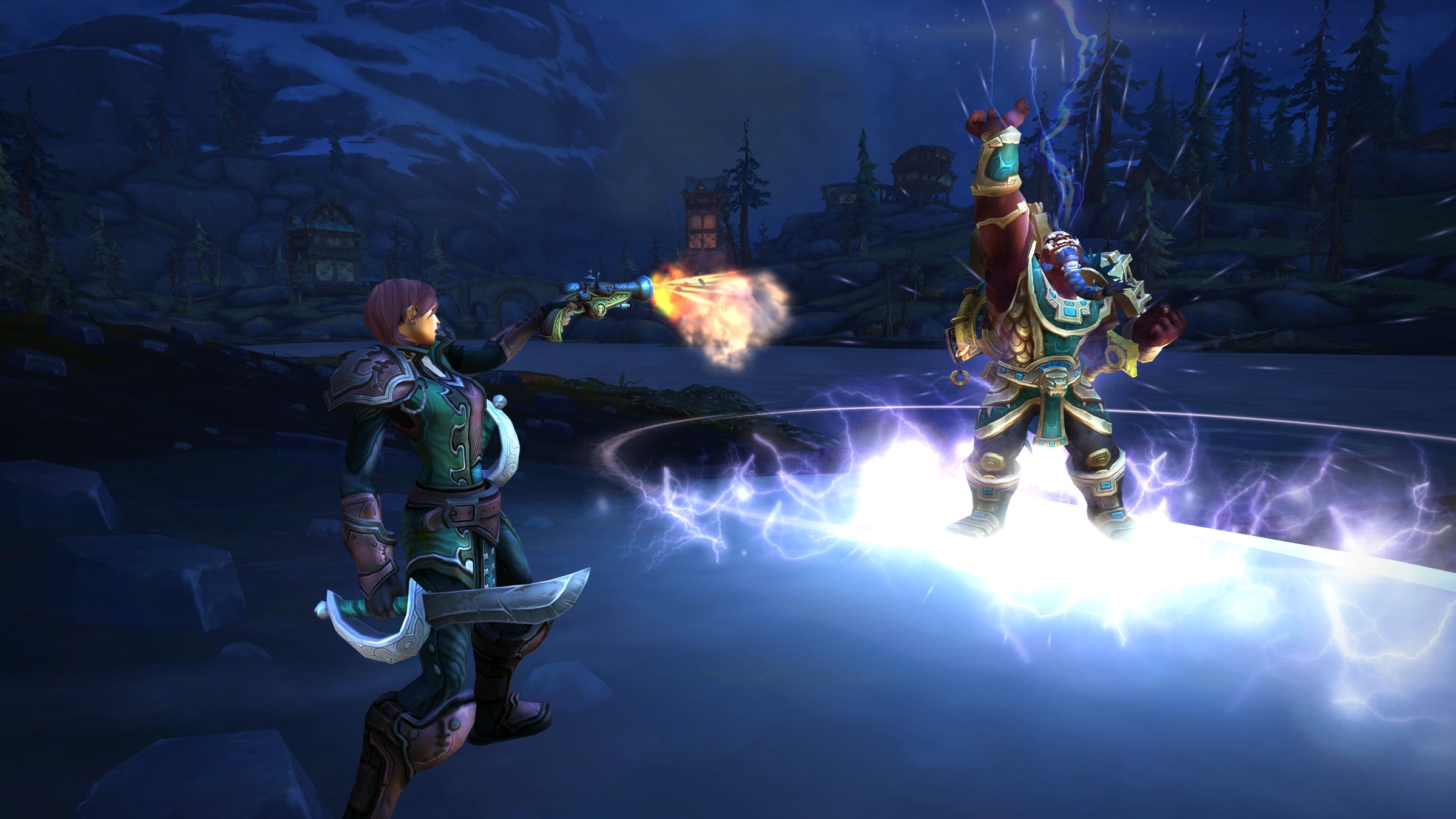 Many PvP additions and updates are coming with Battle for Azeroth, including changes to PvP Talents, the introduction of War Mode, Bounties, and a new Dueler’s Guild. In this preview, we’ll give you a bit more information on what’s in store for each.

With Battle for Azeroth, we’re making changes to how we’re handling talents in PvP. In Legion’s current Honor Talent system, talents become available as you earn Honor levels through participating in PvP, which puts players looking to get into PvP for the first time at a disadvantage until they earn the tools everyone else already has. In Battle for Azeroth, we’re streamlining the system so that PvP talents will become available as you level, keeping players on more even footing.

In Legion, PvP talents were organized in rows of three, much like regular class talents; in Battle for Azeroth, players will be able to select any three PvP talents from a large pool of options, along with a special crowd-control-breaking talent (variations on the old “PvP trinket”). 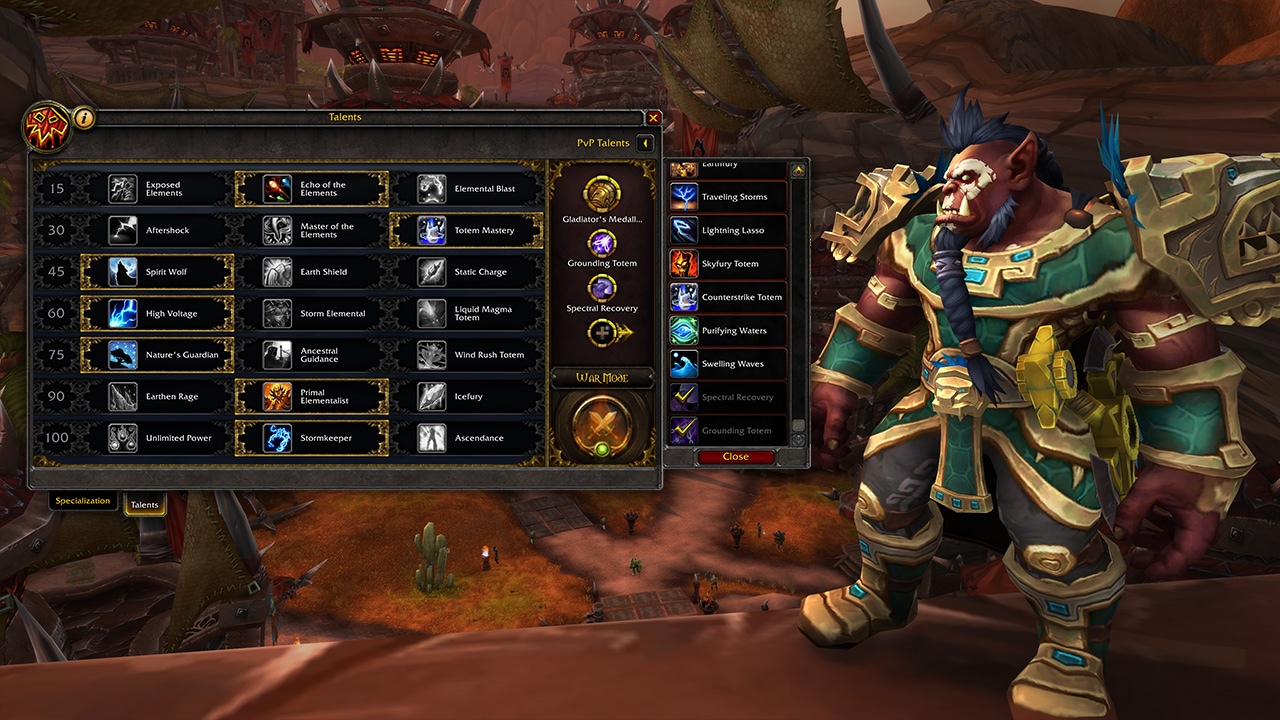 You’ll earn this crowd-control breaker at level 20, choosing from one of three available options via a fly-out menu. By level 110, all PvP talent options will be available to choose within the Talent pane (N). This system offers more options for customizing your character to suit your play style or your environment, whether that’s world PvP, Battlegrounds, Arenas, or the new Dueler’s Guild (more on that below). As with your class talents, you’ll need to be in a rested area to switch between these.

We’re introducing a new way of getting into PvP out in the world with a system we’re calling War Mode. War Mode tears down boundaries and server rule-set distinctions, allowing players on any realm to decide when they want to jump into a world PvP experience full of like-minded players in the ongoing battle between Horde and Alliance.

This new system gives us the opportunity to revisit World of Warcraft PvP as an open-world experience, building on the latest game technology available. Players can decide on the type of gameplay experience they want to have no matter their realm of choice. Whether that means opting out of world PvP entirely, gathering allies and venturing out into dangerous lands when the mood strikes you, or turning on War Mode and never looking back—the choice will be yours.

With War Mode, we wanted to solve the problem of some players feeling “locked” into one play style or another by their realm choice. They might have picked a PvE realm purely because their friends were there, even though they were interested in open world PvP. Conversely, they could have chosen a PvP realm to start, but later decided it wasn’t for them anymore. War Mode provides a way for both styles of gameplay to co-exist for every player—and with the way realm sharding works now, we felt this was the right opportunity to let players choose.

By toggling War Mode on, players will venture out into a world full of others who have made the same choice. This structure also provides a foundation upon which we can offer all-new systems to encourage and reward world PvP, open to all interested players regardless of their choice of realm.

Players who choose to turn on War Mode will get a few additional bonuses while in the mode. First, while War Mode is on, all PvP talents you’ve chosen will be available to use anywhere PvP can occur, providing a more consistent and efficient experience as you level. Rather than having your PvP talents toggle on and off depending on your location in the world or whether you’re engaged with a creature or another player, you’ll have access to them everywhere PvP can happen. Sanctuary areas will still be PvP free.

Players in War Mode will also get an additional bonus to experience gains while leveling up. We understand that when players choose to engage in PvP, the added danger from other players can result in a slight loss in leveling efficiency. We wanted to provide a way to balance this out without creating a situation in which players who choose not to engage in War Mode feel they’re losing out on an opportunity. For the same reason, at max level, War Mode also offers an additional bonus to gold, Resources, and Artifact Power earned from World Quests.

War Mode can be toggled on or off beginning at level 20 by visiting either Orgrimmar or Stormwind and setting their preference in the Talent pane (N). Beware! Once you venture out in War Mode, all zones will become contested, including zones such as Northshire Abbey. Additional War Mode features such as Bounty Hunter and Air Drops (more on those below!) will only be available in the new zones in Battle for Azeroth.

There are a few additional caveats when looking at grouping while in War Mode. If you’re taking part in dungeons or raids while you have it turned on, you will still be able to be summoned by players who do not have it on. Once summoned, you won’t be able to see each other until you have zoned into the instance. When using the Premade Group Finder to search for groups for outdoor activities such as questing or world bosses, you will only see groups containing players who also have War Mode on, unless you return to Orgrimmar or Stormwind to change your status.

War Mode has a couple of additional features to make things even more interesting:

Infamy has its ups—and its downs. You can become infamous in War Mode by killing a certain number of players of the opposite faction without dying. Once you do, you’ll achieve the status of Assassin and gain an increase to your damage and healing by 15%. Congratulations! 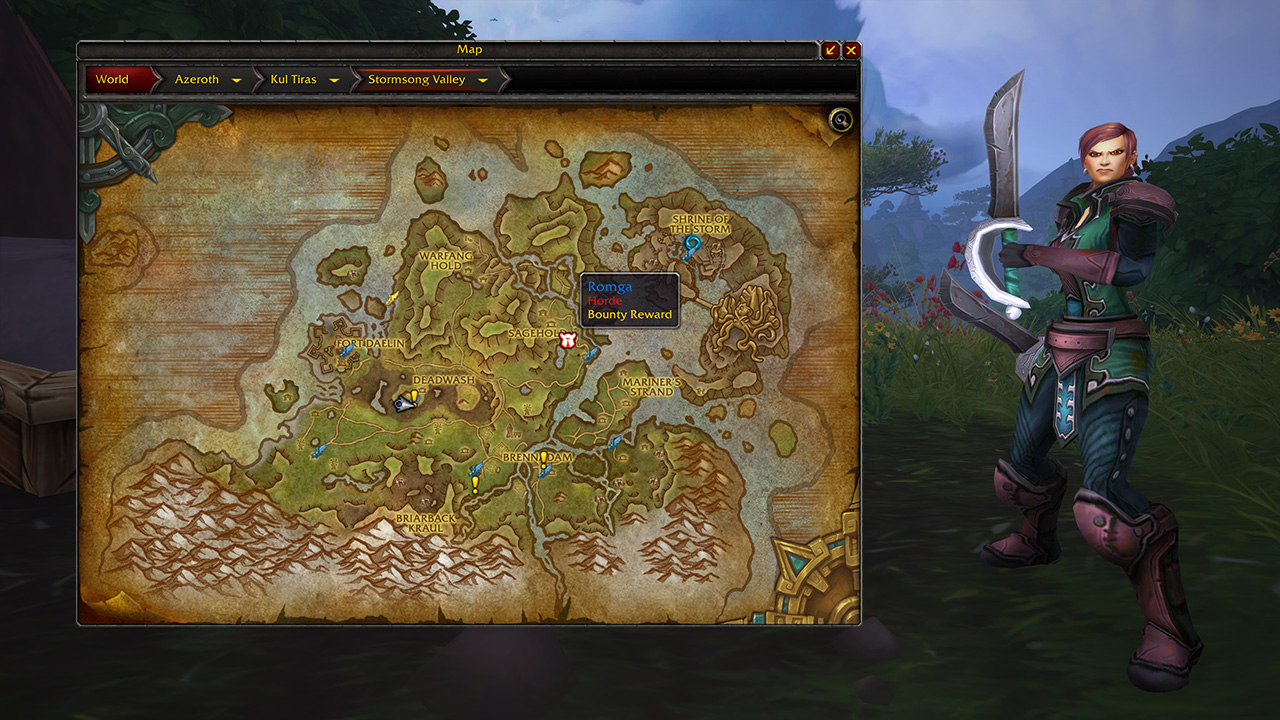 Of course, there’s a downside to your newfound infamy. The more players an Assassin kills, the more likely they will show up on the zone map for other players to target and kill to gain a bounty. Players who successfully kill an Assassin of the opposite faction will receive Conquest points as well as other rewards. There can be three (or potentially more) Assassins on any Battle for Azeroth zone map at a time, providing plenty of opportunity for players—or groups of players—to take their revenge on the opposite faction’s Assassins.

From time to time, a flying machine will make its way across the sky. The rumble of its engine is a clear indicator that something is afoot. You’ll want to keep an eagle eye on the sky and watch for a War Supply Crate to drop somewhere in the zone. Similar to the chest in Gurubashi Arena, players can fight over the crate and claim it for their faction. Once a faction has gained control of the crate, anyone of that faction who is within the area will have a short period to open it and collect a piece of personal loot. 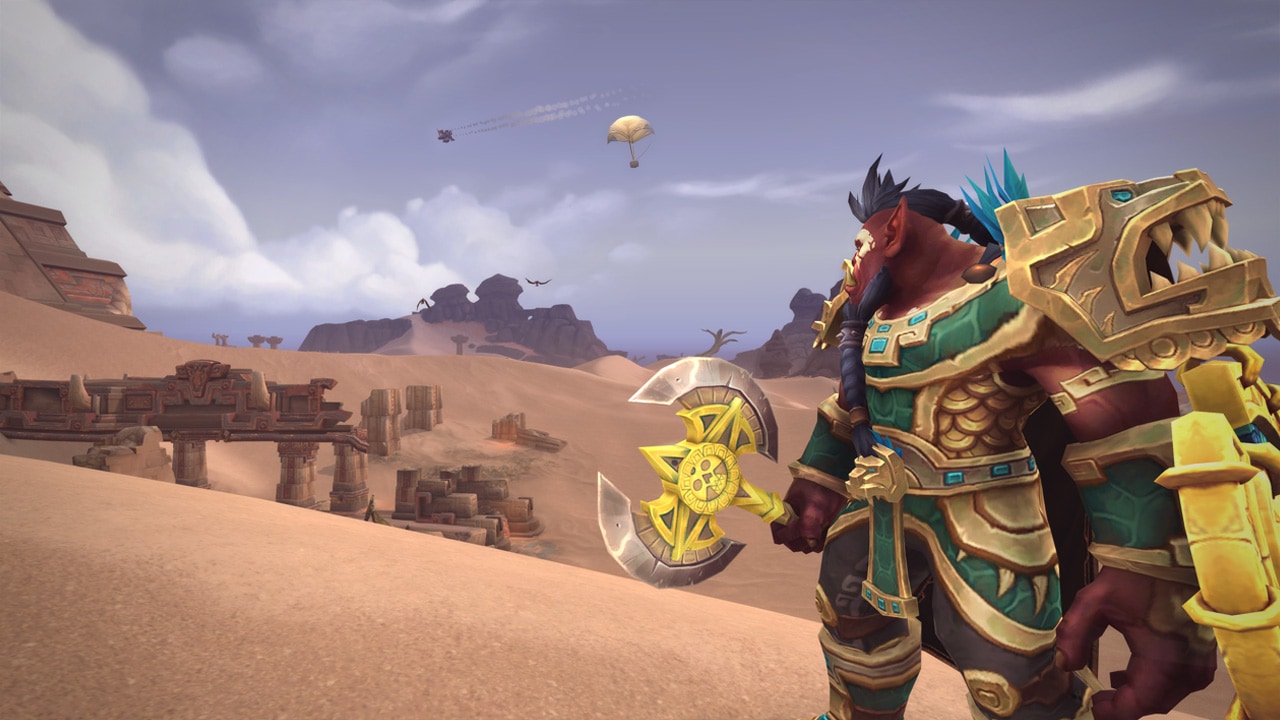 You Could Be a Contender: Battle in the Dueler’s Guild

Take your duels into the new outdoor arenas in either Boralus or Zuldazar. Similar to the Brawler’s Guild, players can speak with an NPC who will queue them to take part in 1-on-1 duels in the arena. Once in the arena, you’ll battle it out against a rival player to see who continues on. If you lose, you’re out. How far can you go before you’re no longer the top of the heap? Getting far enough through the gauntlet of players will provide some achievements, including Master of Duels, which rewards the title Contender.

You’ll also find the PvP reward chest in the Dueler’s Guild if you’ve filled up your Conquest bar for the week. Read more about it in our Rated PvP Updates post.

Legion’s Honor system was originally crafted around the idea of earning PvP talents through participation, and then resetting progress to gain Prestige—and cosmetic awards—in the process. Now that PvP talents are instead earned in the regular course of leveling, we’re refocusing the Honor system around open-ended progression that offers various cosmetic rewards for engaging in PvP.

By participating in any type of PvP, you will gain Honor and eventually Honor Levels. As your Honor Level increases, you will earn rewards like titles, pets, mounts, and more. As your Honor Level rises, you will also progress through a series of icons associated with your character frame and displayed prominently on Battleground scoreboards, showing off your accomplishments for all to see. In Battle for Azeroth, Honor and the rewards earned through your participation are all account-wide. All Honor earned by individual characters in Legion will be aggregated into a single account-wide total Honor Level in Battle for Azeroth.

For those who have already earned any of these rewards in Legion, you will retain them regardless of whether you meet any new Honor requirements.

Whether you’re a grizzled PvP veteran or interested in trying your hand at world PvP for the first time, the Horde and the Alliance will have plenty of opportunity to prove their prowess in Battle for Azeroth.