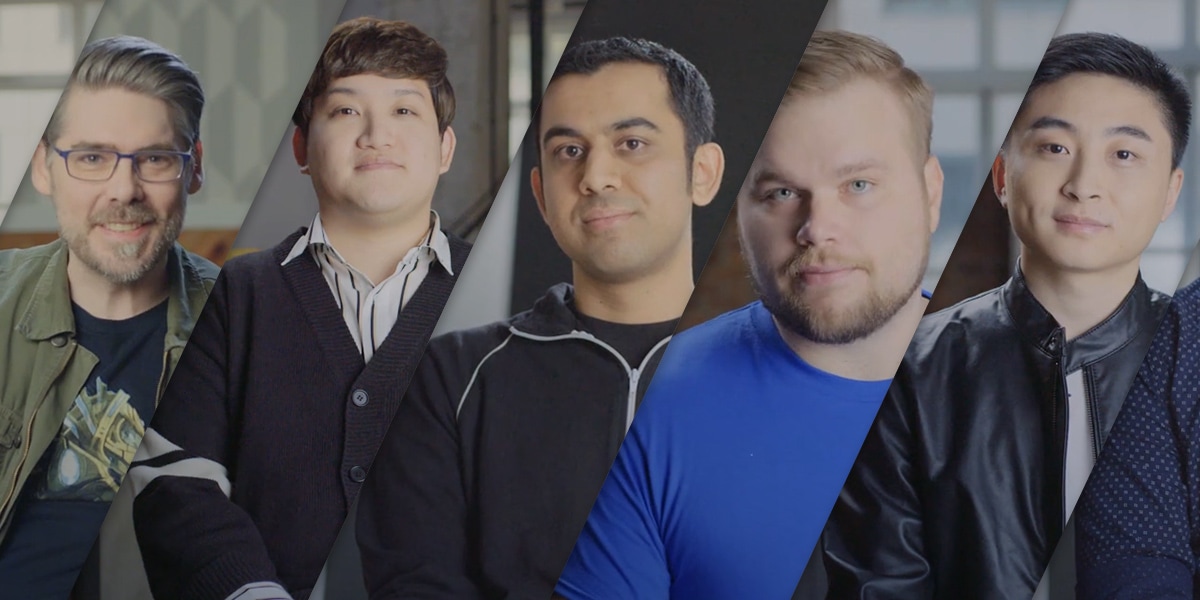 “There exist two very important things in life,” Roberto “Beto” Venturelli, who helps run the Copa América series in South America, told us. “One of them is to win, the other is to have fun. Always search for balance between the two. This is what StarCraft teaches us.” As we celebrate StarCraft’s 20th anniversary this month, Beto’s words reflect a common theme.

We brought together players from all around the world to talk to about their experiences with StarCraft—from community diehards who helped establish the scene, to those who represent its next generation. For some of them, StarCraft is as much a vehicle for self-improvement as it is a game. For others, it’s been a means to forge lifelong friendships and establish meaningful bonds in their communities.

We here at Blizzard are right there with them.

Check out StarCraft is Life: A 20th Anniversary Celebration, which premiered on Twitch on March 31.

The cast, in order of appearance:

Geoff’s passion and dedication to StarCraft has been evident since he began first playing as a teenager. At age 14, he started his own pro team, eventually winning the title of national champion at the World Cyber Games in 2007. Today, he’s a prominent personality in the StarCraft II scene, and a vocal advocate for the community.

Marcus’s early interest in esports culminated in series of fateful trips to Korea in the early 2000’s. Though he got to meet famed Brood Wars competitors like SlayerS and BoxeR in the flesh, he feels it was the friendship and working relationship he sparked with Nick “Tasteless” Plott that’s responsible for his love of StarCraft. He eventually transitioned into StarCraft II, where he’s been instrumental in building the game’s esports scene in the West. Marcus is now the Director of Twitch Studios and continues to promote gaming and the esports scene as a whole.

When a friend of Victor’s shared a copy of StarCraft with him in 1998, the Team Liquid founder hadn’t the slightest inkling as to how it’d change his life. He found the game easy to learn but impossible to master; playing it was a never-ending quest for perfection. Originally started as a hobby, Team Liquid would go on to become one of the most influential community websites and professional gaming oganizations in the world.

Manuel started his StarCraft journey with StarCraft II in 2010, and started casting local tournaments and online international events, becoming a prominent member of the South American StarCraft scene. His passion for StarCraft eventually led to him joining the Blizzard Entertainment team as an Esports Program Manager for Latin America, driving a lot of local initiatives for the region.

Matthew discovered StarCraft II in 2012, and he says it was “love at first sight” after watching a game featuring DongRaeGu. Since then, he has actively participated in the local Australia and New Zealand community as a caster, tournament organizer, and clan leader, working hard to support and elevate the region’s presence in StarCraft II. He credits StarCraft with bringing him out of his shell, helping him conquer his fear of public speaking and introducing him to lifelong friends.

Pai-Chi is one of the pioneers of StarCraft esports in Taiwan. He began working as a local events organizer, and eventually became one of the most prominent shoutcasters in the country, where he is beloved to this day for his humorous style of presentation. StarCraft is the foundation of his career, and he’s been vocal about inspiring others to pursue their passions.

An avid competitor from Brood War who continued his pro career with StarCraft II, Felipe is Chile’s pride. He’s also one of the first players in Latin America to reach international StarCraft stardom since the days of Brood War, and continues to make headlines with his success in the competitive scene.

Emerging from China’s College StarLeague (CSL), Hang postponed his undergraduate studies and joined a professional team as a trainee in 2013. He’s made tremendous progress since then, including taking home the CSL championship in 2014, and dominating a multitude of local tournaments, becoming a leading figure in China’s StarCraft II pro scene in the process.

Bryce grew up playing Brood War and was a fixture in the early days of StarCraft esports, making his competitive debut in the 2004 World Cyber Games. He’s one of the pioneers of video game coaching and went on to live in the first StarCraft “team house” in the U.S. with Evil Geniuses. He now works at Twitch.

Ravi got his first taste of StarCraft playing Brood Wars custom games in elementary school. Once StarCraft II launched, Ravi instantly developed a desire to get involved with the burgeoning esports scene, and found an opportunity with Breaking Out, his first ever event designed specifically to help North American players get quality competition and exposure.

Yongsoon initially aspired to go pro in 2007 with Brood War, and he eventually made that dream come true by becoming a member of ZeNEX in 2010 in StarCraft II. He had a short stint as a game developer thanks his professional gaming experience. Eventually, he moved into creating a variety of content for StarCraft II to serve the local community, and is now one of the most prominent and influential faces South Korean StarCraft II.

Beto is the owner of VUI Studio, who helps produce Copa América and WCS events in South America. Beto felt an immediate connection to StarCraft when he first encountered it, and often compares the game to life itself—it demands careful analysis, sound decision making, quick thinking, discipline, and the ability to recognize one’s own mistakes and evolve through them.

Jaclyn started playing StarCraft in 1998, which allowed her to make friends far outside of her immediate circle. Connecting with like-minded people over Battle.net sparked her interest in contributing to the community during the early days of esports, leading to many great friendships with people all around the world. Jaclyn now works at Blizzard as a Global Brand Manager in support of her favorite games, including StarCraft II.

The Polish StarCraft community is renowned as one of the most passionate in the entire world, and Paweł and Piotr has been influential in making all of this happen. They are both core members of the Netwars community, which organizes activities to support StarCraft II. The Maksymiuk brothers are involved in planning, organization, and maximizing the hype at local esports events. If you ever watched IEM Katowice in action, you have the Maksymiuk brothers to thank at least in part for that amazing atmosphere.

StarCraft has been part of Ignacio’s life since its release in 1998, and it taught him a key lesson: it is indeed possible to structure your life around sharing your passion with as many people as possible. His contributions to the StarCraft scene as a shoutcaster and content creator helped him kickstart his career, eventually landing him a job as a partners lead for Twitch, where he works with a new generation of content creators.

Riccardo encountered StarCraft II when he was eight years old, and he was immediately drawn to it. Though his father deemed it too difficult at first, he eventually relented, playing the game with his son as the young boy got his bearings. Since then, Riccardo’s gone on to become the youngest player to reach the rank of Grandmaster rank at age 12. Currently looking forward to turning 16 so he can join the WCS circuit in earnest, Riccardo is one of the people carrying the torch for StarCraft into the future.