Part of the fun of co-op missions is exploring new missions with friends, so you’ll be excited to hear a new one is headed your way alongside our upcoming commander Karax!

Lock & Load is a control points co-op mission based on the Ulnar tileset in Legacy of the Void. We recently met with designer Greg Black to talk about what considerations went into the missions, and what makes it unique among others. Read up on all the details below.

B: To start off, can you give us a basic overview of the missions and what makes it unique?

G: Sure! Lock & Load is a co-op version of the Temple of Unification mission seen in Legacy of the Void. We currently have two siege missions, two “destroy something before it escapes” missions, and one pure holdout mission in co-op, so for our first post-launch mission release we really wanted to introduce a new mechanic (namely control points) to the mode. We also wanted to experiment with a “hard” co-op mechanic, meaning that unlike the other co-op missions, Lock & Load requires cooperation between both players in order to capture the points and complete the mission. 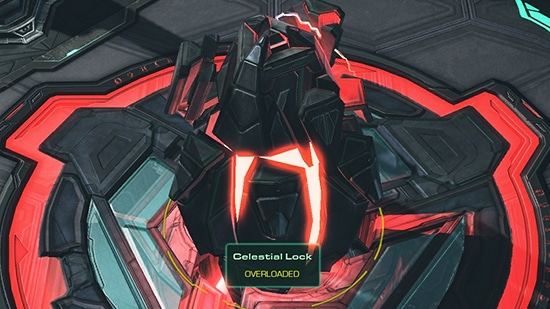 B: What kinds of things go into adapting a campaign mission into a two player cooperative mission?

G: Generally, the first thing we address when adapting a mission for co-op is the map’s layout. Obviously with two players the armies and bases can get pretty huge, and we need to adjust the maps accordingly. Usually this involves increasing the player’s base sizes, adding expansions, and generally increasing the width of paths and choke points. Once the layout is in a good spot, we do a pass on enemy unit placement and composition, and again the main issue is making sure the enemies are beefy enough to deal with the power of combined player armies and commander abilities. Finally, we spend a ton of time implementing and tuning the main and bonus map objectives as well as the attack waves. Getting the balance on this just right given the multitude of variables in co-op missions can be quite a challenge.

B: How do you determine which missions to adapt to multiplayer, and how to change them?

G: We usually start by considering which campaign missions have mechanics that we think will work well in co-op as well as which missions have a layout suitable for huge armies. Despite trying to pick suitable maps, we’ve still ended up making pretty large changes to map layout; for instance, the Void Thrashing map had an entire section that was changed when we moved Sgt. Hammer’s Fortress all the way across the map so that it was behind the player’s bases. 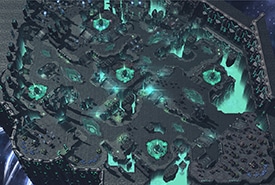 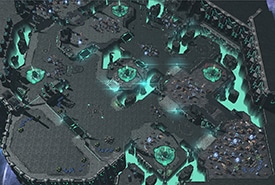 B: What changes did you make specifically for Lock & Load to adapt it to co-op?

G: The original mission had a delicate, complex layout with lots of side areas. It was more complicated than we wanted, so we flattened certain areas like hills and valleys for the multiplayer version, and made some adjustments to where the expansion areas were located.

In terms of mechanics, the original version of this map has the enemy holding all five capture points. In this version, every point is neutral, and the enemy and you are both trying to capture all five points.

The more points the enemy captures, the faster the overload bar increases – so even if the enemy has only captured one point, they can still win. Your goal is to siege and hold all five points before the enemy finishes overloading the map. You’ll have to be strategic with your forces. As you take more points your defenses will become spread more thin, and the likelihood of the enemy recapturing a point increases. 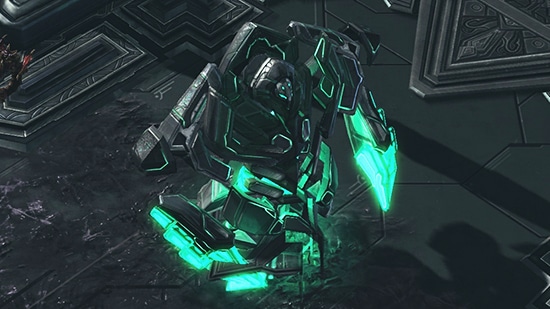 B: Will any of Karax’s skills be useful on this particular  missions?

G: Karax has a couple of traits that make him very effective on this mission. For starters, Karax has particularly powerful Spear of Adun abilities, so while another commander might have to scramble all over the map to clear enemies, Karax can do so using unlimited Orbital Strikes without leaving the comfort of his Nexus. The other big thing Karax has going for him is his extremely powerful stationary defenses. His ability to build Khaydarin Monoliths and warp in defenses instantly make him one of the best commanders when it comes to holding points.

That covers the questions we had for Greg about this new map. We hope you enjoyed the interview.

Now that you know more what to expect, we’re curious to know which commanders you plan to use when you try it out! Which will you try first? And what other questions do you have about Lock & Load? Tell us in the comments!