"The strands of destiny weave only a web of death."

Once a proud nerubian king, Anub'arak dared to stand against the Lich King's invasion, but despite his bravery, he too fell to the unrelenting Scourge. Resurrected into undeath, the Traitor King now serves as a towering, weapon of destruction. But here in the Nexus, no one commands his power!

The fearsome Anub’arak hails from the Warcraft universe, and in Heroes of the Storm, he takes on the role of an in-the-fray melee Warrior who excels at initiating fights and forcing engagements. This powerful nerubian is definitely an ally that you want by your side as you seek to conquer the Nexus!

For an even more in-depth look into this iconic Warcraft Hero and his abilities, make sure to check out Anub'arak’s Hero Page!

"I'll consume the living and the dead."

Anub’arak’s starting skin in Heroes of the Storm ensures that you’ll be looking your best as you take revenge upon Arthas, and lay waste to all who oppose you in the Nexus! 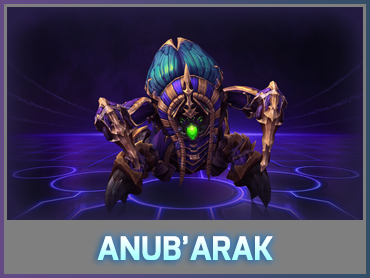 The history we know has been reimagined in Anub’arak’s newest alternative skin. This technological powerhouse has been carefully constructed to withstand the fearsome blows from the likes of Kaijo Diablo! 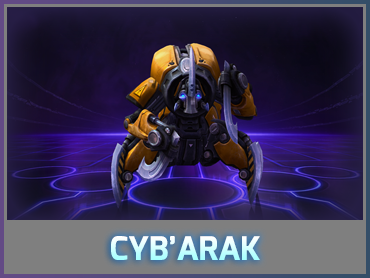 Eager to show off your prowess with Anub’arak in-game? Once you reach Level 10, you’ll be able to purchase Anub’arak’s Master Skin with Gold and take your rightful place as King of the Nexus! 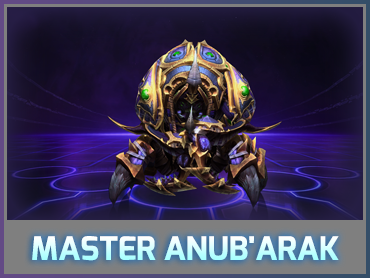 "For the Frozen Throne!" –Anub’arak
"I was lord here, and my word was obeyed without question. I was mighty and powerful, and I bowed to no one. But things change. I serve the Lich King now, and my place is defending him." –Anub’arak

"Zombies? Bugs? Now you don't have to choose which is worse!" –Anub’arak

"We didn’t surrender Azjol-Nerub! We just… agreed on a timeshare." –Anub’arak

Since the first appearance of Anub’arak in Warcraft III: The Frozen Throne, many talented artists have illustrated him and his nerubian brethren. Below are five fantastic pieces of fan art featuring Anub’arak and other fierce nerubians, which were submitted by talented artists from around the world.

Anub’arak’s legacy has left a profound mark on the Warcraft universe. Had he not been forced to aid the Lich King, it is unclear how Azeroth’s history might have unfolded.

If you’re interested in learning more about Anub’arak, make sure to check out the following related content:

You can also feast your eyes on some official art featuring Anub’arak, Anub'Rekhan, Azjol-Nerub, and various other nerubians and concept art below: 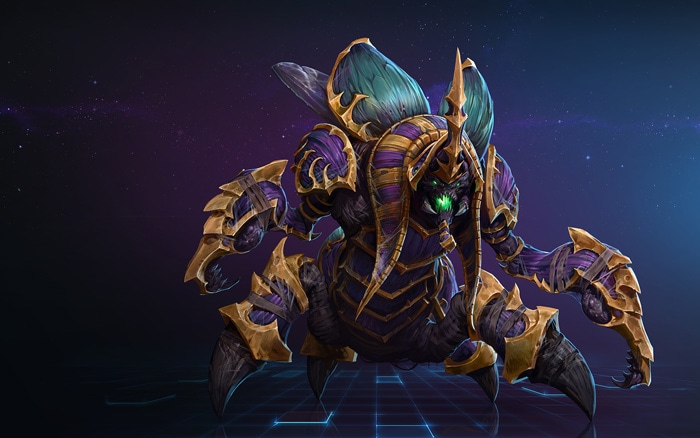 We hope you’re enjoying our fearsome Anub’arak Hero Week! What’s been your favorite part so far, and what else are you looking forward to learning about this regal nerubian? Let us know in the comments below!