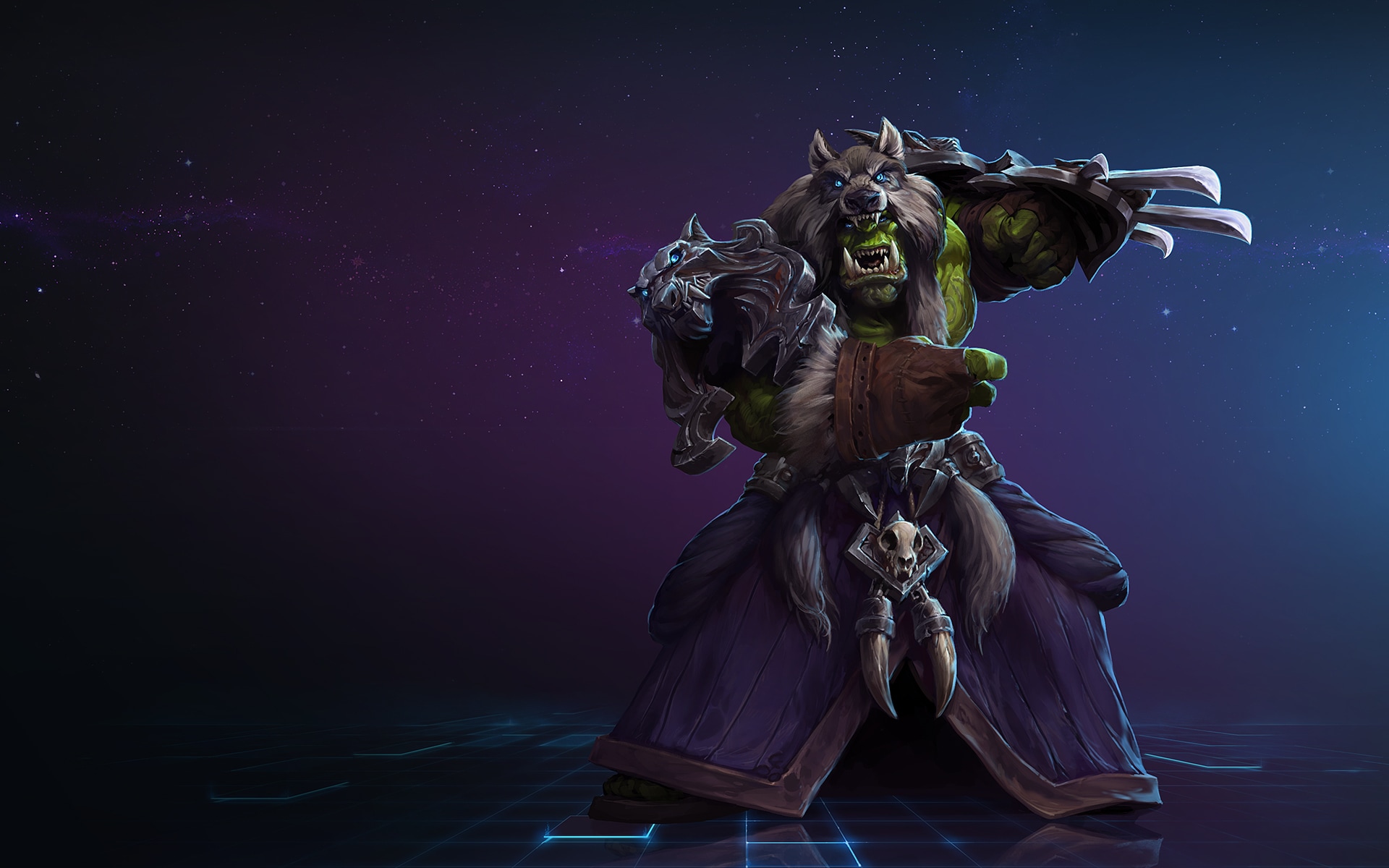 But we were really happy with the gameplay of Thrall’s previous kit, and wanted to keep it our game. We decided to find another great hero that could easily fit the lore and theme of the kit, and Rehgar Earthfury was perfect for our goal. From there it was all about updating the design to our new standards and finding an awesome trait to tie it all together!