The 2017 Hearthstone Championship Tour (HCT) World Championship is finally upon us. The crown jewel of the Year of the Mammoth, the World Championship will be the HCT 2017’s swansong. Set to take place in Amsterdam, 16 players—the best of each seasonal championship, and the Last Call qualifiers from every region—come together for the highest glory in competitive Hearthstone.

Read on to find out more about Choose Your Champion, tournament details, casters, prize pools, and more! To help you better choose your champion, we also have our deck list preview right here.

Don’t miss the final, star-studded conclusion to the Year of the Mammoth! The HCT World Championship will be happening live on our official Hearthstone Twitch channel.

Streams will also be available in several other languages:

Root for your favorite player as they compete in the HCT World Championship! Pick from one of the 16 competitors and earn Hearthstone card packs based on how well your player performs.

These champions have come from across the world to compete for the ultimate glory this year. Find out who’s playing who in the groups via the button below.

You can also click on the dropdown buttons to learn more about individual players! 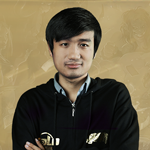 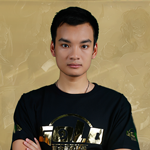 The 21-year-old’s qualification via Last Call for the HCT World Championship marks the fourth time he will represent the country at a global Hearthstone championship. Zheng "OmegaZero" Lin has always had an interest in card games, and had competed vigorously in local events in order to earn the points he needed. 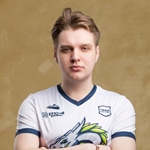 Aleksei "ShtanUdachi" Barsukov emerged as the undefeated champion in the HCT Winter Championship! It was no easy feat for the Russian player, who had to maneuver his way through two seven-game series to take home the title. ShtanUdachi is one of the Hearthstone scene's most experienced, talented and creative pros. The HCT Winter Championship was one of his first major in-person events, making his dominance even more impressive. 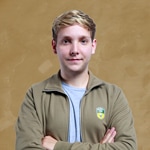 Frederik "Hoej" Høj Nielsen took the title of 2017 HCT Spring champion with an impressive 5-1 for the whole tournament. When it comes to his performance, Hoej’s career says no different: he had an amazing year in 2015, that featured 2 major tournament wins and multiple top 8 finishes. When not competing, Hoej is often found streaming in the company of his pet parrot, Pidgey. His early playstyle was mostly mid-range oriented, but the Year of the Kraken solidified him as one of the best Renolock players. In Year of the Mammoth he can easily pilot any lineup. Learn more about Hoej in his profile video here. 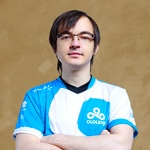 Representing Cloud9, Oleksandr "Kolento" Malsh is one of the most decorated Hearthstone players of all time having six major tournament wins under his belt. He visibly stepped away from the open competitive scene in 2016, but with his pro Gold Series win in China and simultaneous rank 1 Legend on both EU and NA he is now stronger than ever. He practices alone and innovates frequently. 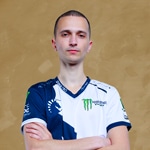 Back to back 2017 Europe Playoffs Top 4 means that G2 Yevhenii "Neirea" Shumilin is an expert in swiss format regardless of the metagame. Neirea is no stranger to top 8 finishes, however he is still looking for that one big tournament win and the HCT World Championship might be his big break. 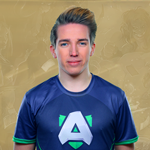 Jon "Orange" Westburg's achievements in competitive Hearthstone have rung in our ears for years. Orange quickly made 2017 his year, starting with a WESG second place finish and qualifying for the HCT Summer Championship thanks to his win at DreamHack Summer. Representing Alliance, Orange started playing Hearthstone during beta, and remains one of the competitive scene’s top performers to this day. Also, his hair – right? 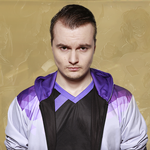 Hailing from Bad Vilbel, Germany, this full-time Hearthstone player wanted to prove that he was the best point-earner in Europe—and as a result, qualified for the HCT World Championship via Last Call. Thomas "Sintolol" Zimmer is well known for playing a ton of ladder and open cups, and considers pizza margherita and a loaded salad as his favorite pick-me-up. 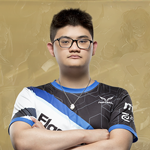 A life-long gamer, Chen "tom60229" Wei-Lin got his start on card games in seventh grade. He also spent a lot of time on Warcraft III and World of Warcraft before moving into Hearthstone. As one of Taiwan’s top players, he has had multiple Championship showings and tournament wins, and describes himself as a master of card games. tom60229 narrowly missed out on qualifying for the HCT World Championship at the HCT Summer Championship—losing to Purple—but redemption (in the form of a spot at the World Championship) has come. 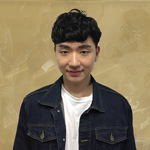 Winner of the HCT Summer Championship, Kim "Surrender" Jung Soowill join Planet Odd teammate Hoej at the World Championship! Through Hearthstone, Surrender has received many opportunities and experiences that would otherwise not have been available to him. He’s travelled overseas 10 times for tournaments, experienced different cultures, and bought his mother a car with his prize money—and he’s only 20! Learn more about Surrender in his profile video here. 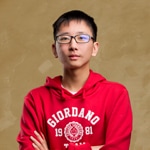 The HCT Winter Championship was no easy feat for Taiwan’s Samuel "SamuelTsao" Tsao. SamuelTsao had to fight the hardest for his spot in the playoffs, playing the maximum of 21 games in his three matches. He also ended the tournament just shy of a spot in the World Championship. Nevertheless, SamuelTsao is a community favorite for his calm demeanor during matches and can-do attitude. 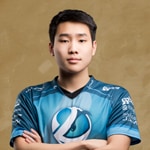 Frank "Fr0zen" Zhang is considered a top prospect in the North American Hearthstone scene. He was 2nd place in the 2017 HCT Winter Championship and DreamHack Summer 2016. Fr0zen was drawn to Hearthstone by first watching streams of other pros, and now he’s playing among the best and brightest minds in the scene. He’s been playing Hearthstone since early beta. 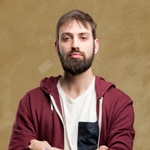 Julien "DocPwn" Bachand-Fleurent had a quick rise to success as a relatively unknown name in competitive Hearthstone. In one of the most enthralling series, DocPwn took down reigning world champion Pavel at the HCT Winter Championship. It was an unexpected victory for a player who had only ever treated Hearthstone as a part-time gig—DocPwn’s current job is social work, where he helps empower the youth of his local community. Though he’s reached the game’s highest stage, DocPwn’s still not sure if he will pursue Hearthstone full time. Perhaps the HCT World Championship could change things. Learn more about DocPwn ins his profile video here. 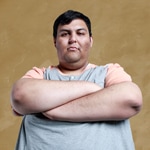 Anthony "Ant" Trevino was part of the original wave of competitive Hearthstone Players to rise in 2014. Competing at the 2014 Hearthstone Americas Championship, Ant was one of the top 16 players in the region. Prior to the Spring Playoffs, his only other HCT accomplishment was DreamHack Austin 2016 where he placed 5th-8th. Ant has quickly become America’s sweetheart with his unyielding positive mindset – he takes every competition one game at a time. Learn more about Ant's journey in Hearthstone, then find out about his road to the HCT World Championship! 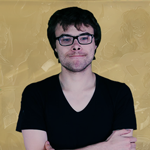 Despite his decorated competitive career, Ryan "Purple" Murphy-Root doesn’t even think of himself as a pro gamer. He played StarCraft: Brood War as a teenager and then took a 10-year video game hiatus before he took up Hearthstone. Purple’s biggest motivation to play Hearthstone is his Twitch community, though he says it’s his girlfriend who is his biggest fan. The couple first met at BlizzCon in 2015—the same BlizzCon he first qualified to play at—and she now helps him prepare for tournaments. 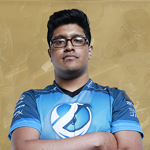 Muzahidul "Muzzy" Islam competed in the HCT Spring Championship in Shanghai, but had his dreams dashed by Neirea. A game and simulation development student living in Pennsylvania, Muzzy is regarded by the pro Hearthstone circuit as one of the smartest and most helpful players around. There’s no questioning his competitive prowess as North America’s top point earner. Modest and focused, with his eyes on the prize, Muzzy’s recent wins at various DreamHacks cemented his place at the HCT World Championship.

Then, click the button below to choose a champion to cheer for. Remember to choose carefully. You cannot change your selection once you have chosen!

You will receive one Kobolds & Catacombs card pack just for participating. You will get one additional card pack each time your champion wins a best-of-five match. If your champion of choice plays in the finals, you can earn up to six total packs (including your participation pack). All card packs will be delivered to you in-game the week after the World Championship. Voting ends on January 16, 2018 at 11:59 p.m. PDT.

Returning to the casting table for the HCT World Championship are:

The World Championship will have a dual tournament group stage, followed by a single elimination playoff bracket. The top two players from each group will advance to the playoff bracket.

A cool $1,000,000 is at stake this World Championship, and will be distributed as follows:

In the meantime, be part of the conversation with the #HCTAmsterdam hashtag, and find out what other exciting activities will be happening at the HCT World Championship by following our Facebook and Twitter!