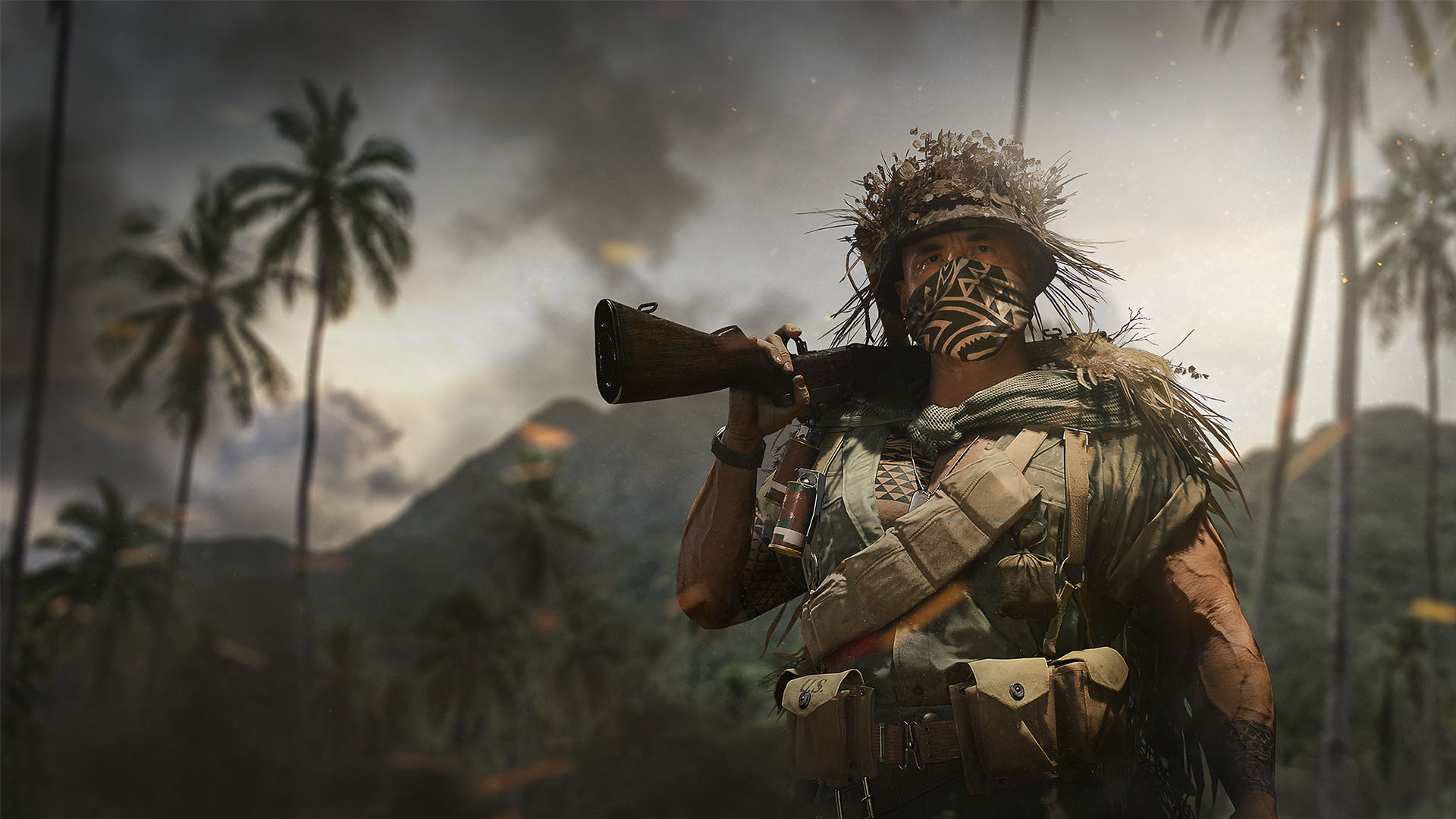 When Butcher needed to hunt down the Axis on Caldera, Francis “Kai” Lanakila was the first man he called… even if he likes to show off just as much as hotshot pilot Wade Jackson.

As passionate in battle as he is for food, friends, and thrills, Francis learns quickly from mistakes and knows to move on to the bigger missions ahead. He fights to help others in need… but he always wants to make sure he looks good doing it.

His favorite weapon is the Cooper Carbine, one of the three new weapons within the Season One Battle Pass. Use it to rank up quicker through this 20-level Operator XP progression path, which includes XP bonuses, two new Skins, and a tasty “Kalua” Pork Weapon Charm among other rewards.

Francis and his default “Kingdom” Operator Skin are automatically unlocked at Tier 0 with purchase of the Season One Battle Pass.