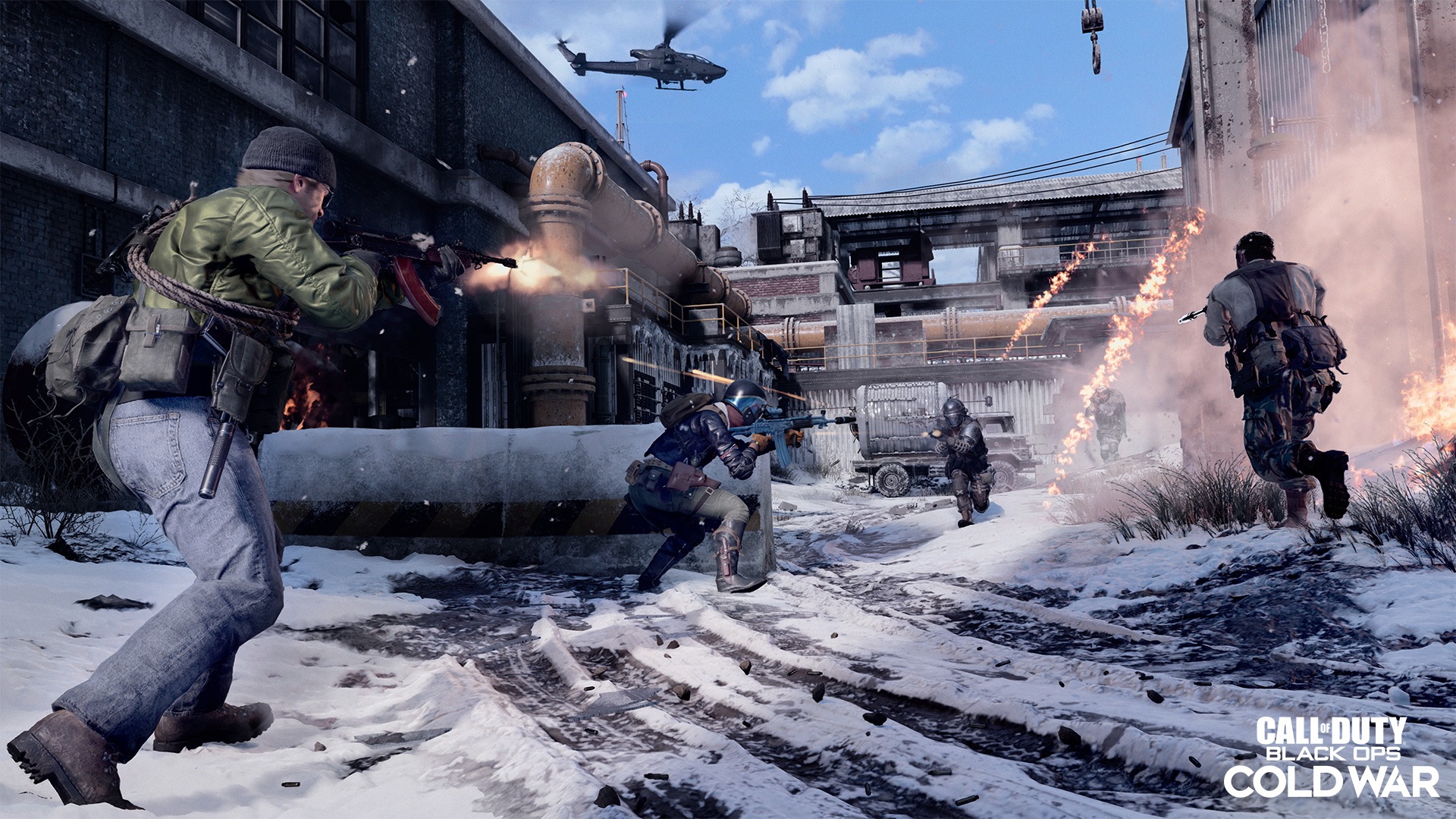 The action intensifies once again in Black Ops Cold War. On March 4, Treyarch is adding a remastered classic map and a new weapon: WMD brings Operators to an abandoned weapons facility, and the Vargo 52 Assault Rifle provides new weaponry for both Multiplayer and Zombies.

Read on for a deeper look before loading up the game tomorrow to dive in: 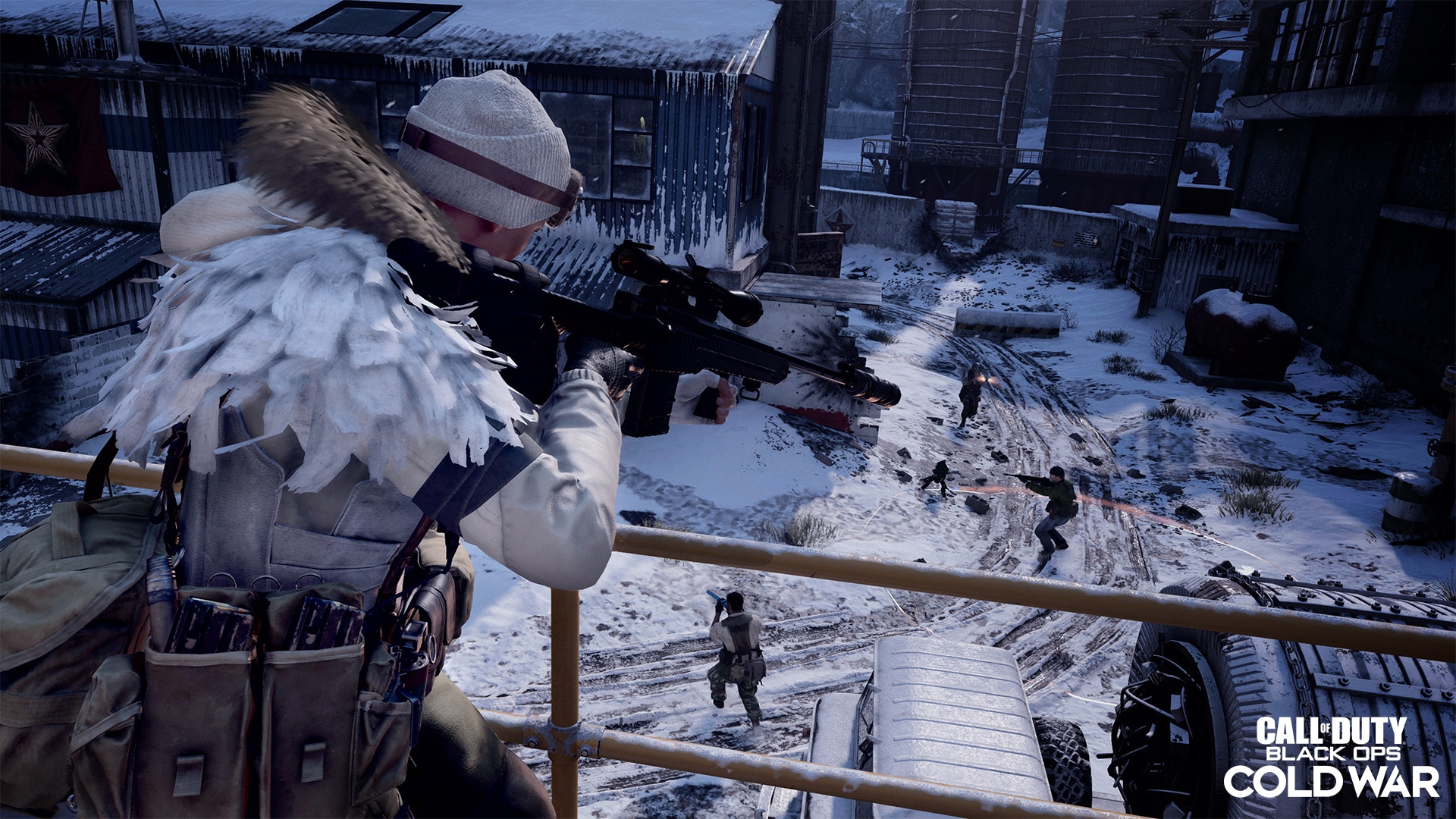 Intel suggests Perseus operations are spinning up at a lost weapons facility in the mountains. First introduced to players in the original Call of Duty®: Black Ops, WMD is a large Multiplayer map featuring a multitude of power positions throughout its interior and exterior spaces.

Expect a lot of action around the central Production Facility and bring backup when navigating the treacherous roads. Climb just about anything and everything to get the most out of this map, as verticality is the name of the game here.

Many objective modes feature locations on the ground floor in particularly vulnerable areas, considering the map’s many vantage points. A variety of objects offer cover when traveling these high-risk paths, which savvy Operators will certainly take note of when it comes time to push the attack.

1. Sniper at the Silo. The eastern Silo marks a favorite perch for snipers and other long-range attackers, offering views over a large portion of the area. When approaching a skilled marksman, head through the Shipment building to the north. Either take them out from the second story there, or flank around the back and eliminate them from behind, taking up the perch for yourself.

2. King of the Hill. It’s not just the Silo to watch out for. Pipes, Production, Research, Shipment, Crane… there are plenty of areas here giving a powerful vantage point to players up top. Use them to your own advantage but be ready to swap to a close-range weapon when the enemy comes knocking. If you need to trek it toward an objective, consider taking either the far north or south lane, largely out of sight from these positions.

3. Forward Intel. This Perk becomes extra valuable. With a larger mini-map and indicators for enemy reinforcements, you’ll have a better handle on navigating the many skirmishes you’ll encounter throughout, no matter the game mode.

Inside Scoop on the Vargo 52 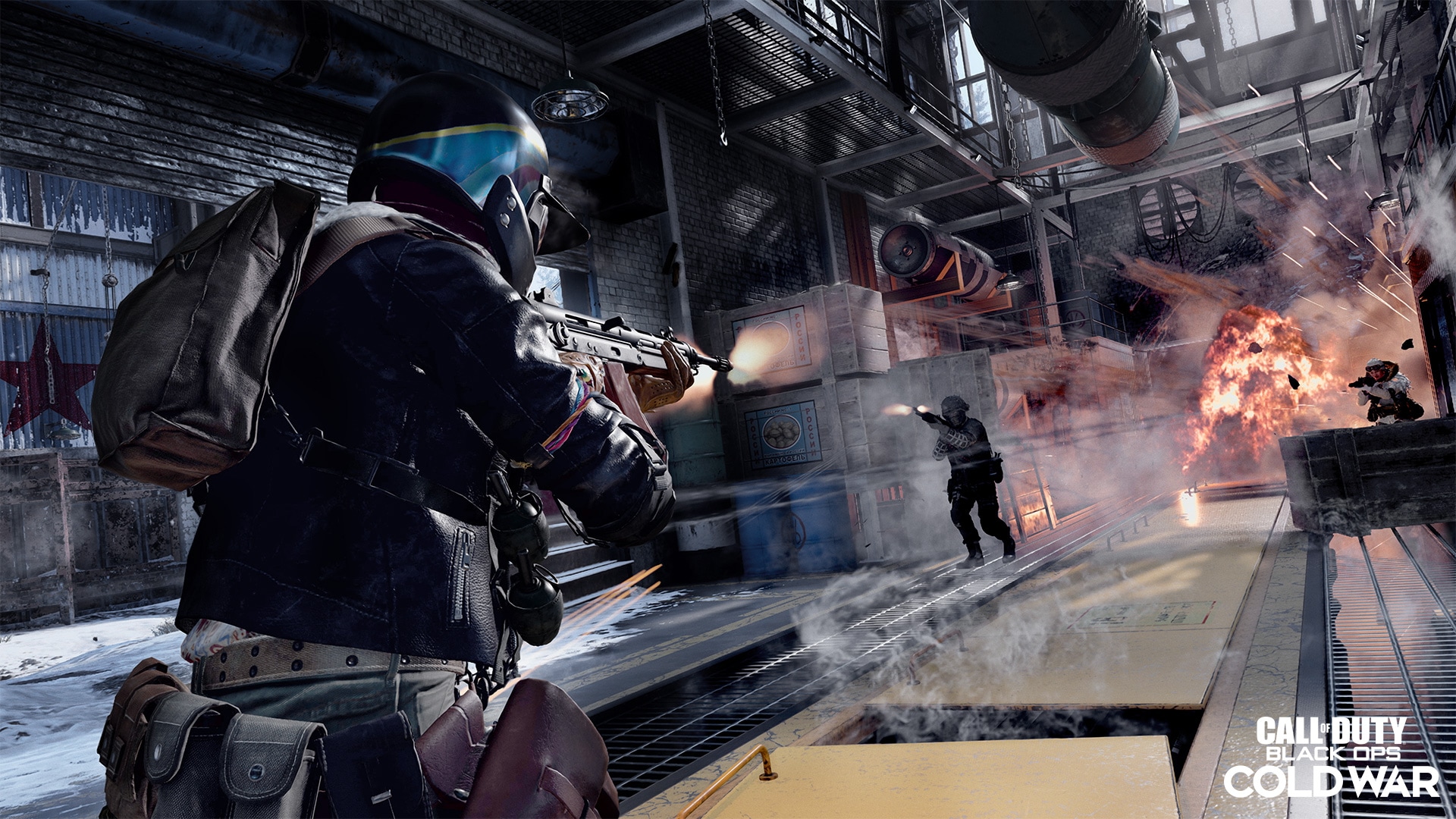 The Vargo 52 is one mean weapon, and it’s particularly effective where versatile equipment reigns – and in Zombies, it can be one of the most devastating assault rifles in the game with the right suite of attachments. Here’s its in-game description: Full-auto assault rifle. Good damage at mid-range with a fast fire rate. Improved muzzle velocity and reliable handling for steady firing control.

And here’s how to unlock the base version in Multiplayer and Zombies:

Eliminate 750 enemies while using an Assault Rifle that has been Pack-a-Punched three times.

1. Down a Touch. Featuring a predictable upward recoil pattern, it takes just a slight downward press to maintain a straight shot through sustained fire. This is great for long sightlines allowing you, with practice, to be just as lethal at distant fights as you are in midrange battles.

2. Barrel and a Flashlight. Further improve the Vargo 52’s effectiveness at range by combining the 17.1” VDV Reinforced Barrel attachment paired with a body attachment that increases enemy Reveal Distance. You’ll get a big boost to your effective damage range and bullet velocity, and you’ll see targets at a greater distance when aiming down sights, perfect for dislodging those pesky snipers.

3. More Rounds, Please. As a fast-firing weapon, it’s easy to chew through your ammo reserves in the heat of battle. You can tackle that issue in a number of ways, either through the Danger Close Wildcard, the Assault Pack Field Upgrade, the Scavenger Perk, or a Magazine attachment that offers more starting ammo. Take your pick and stay in the fight.

Looking to drop in with the Vargo 52 right away? Get the “Ferrofluid” Weapon Blueprint as part of the “Tracer Pack: Ferro Fury Reactive Mastercraft” Bundle, live on March 4 in the Black Ops Cold War and WarzoneTM in-game Stores. In addition to the “Ferrofluid” Assault Rifle Blueprint, this Bundle features the “Viscosideath” LMG Blueprint, the “Liquid Metal” SMG Blueprint, “Bullet Magnet” Charm, “Cranial Magnetism” animated Calling Card, the “Ferro-Charlie” Sticker, the “Spiked” Reticle, and the “Fluid Manipulation” Gesture.

You’ll still need to complete the in-game challenge to unlock the base version of the weapon, and you can use the Blueprint to help get you there. Get ready to drop into Black Ops Cold War and Warzone with this brand-new assault rifle, starting tomorrow.