The Lost Temple has been found. Can you be the one to destroy your opponents and secure it?

If you played StarCraft or StarCraft: Brood War multiplayer back in the day, chances are that you spent many hours on a certain four-base jungle map with island expansions in the corners. If you watched competitive play between 1999 and 2004, there’s also a good chance you spent hours observing the world’s best players manipulating that same map’s terrain to their advantage. Today, with StarCraft: Remastered slated to launch on August 14, Lost Temple is making a comeback. Read on to explore the history of one of the world’s most famous StarCraft maps: its creation, rise to popularity, and influence on a new generation of mapmakers. 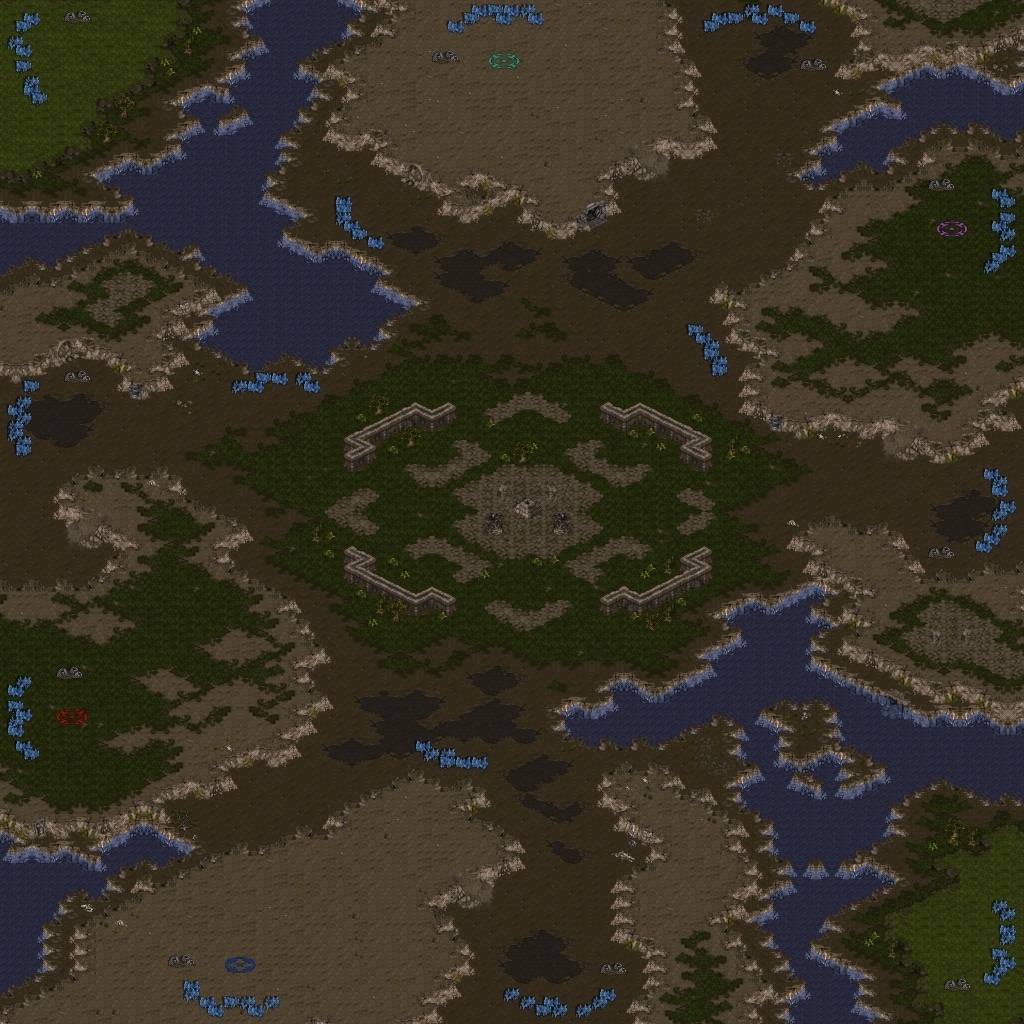 The Making of a Legendary Battlefield

StarCraft’s original maps, like the rest of the game, were created under tight deadlines almost 20 years ago. When asked about Lost Temple’s development, Principal Designer Scott Mercer takes some time to think before answering.

“We’re talking about close to 20 years ago,” he says. “There’s a bit of fuzzy memory going on here.”

Mercer recalls several design goals that went into Lost Temple’s development—along with the rest of the original maps. The team wanted to create battlefields that allowed multiple strategies, were unique, created opportunity for mastery, and were fair to all three races, while maintaining a high standard of artistic quality.

Among the original maps, Lost Temple may have come closest to achieving those goals. Still, Mercer certainly didn’t expect Lost Temple to become such a runaway hit. In that way, the map is a microcosm of StarCraft itself: a hand-crafted product that took on a life of its own.

Why is Lost Temple so popular? Easily accessible natural bases (the expansions closest to the players’ starting bases) help competitors bolster their early economies and enter an exciting mid-game phase with plenty of units. Mineral-only third bases drive players toward the center of the map, and toward each other. Island expansions encourage late-game hijinks, while abundant cliffs force strategic play to dislodge high-ground defenders.

“It’s the middle of the map that I think most people remember,” says Lead Designer Matt Morris, who was in Blizzard QA during StarCraft’s development. “It looks like an alien temple, which scratches that galactic war fantasy . . . the map funnels players through the center, so they’re visually reminded of playing on an alien world while having fantastic gameplay moments.”

Morris also points out that Lost Temple’s “hidden” island expansions give players strategic options. “You can stretch and go for them, or you have to be aware that perhaps your opponent did, so you need to scout and monitor.”

But perhaps the most interesting part of Lost Temple is the proximity (by air) of its paired southern and northern bases. It’s in these so-called “close positions” that some of the craziest games of early competitive Brood War took place.

Epic Matches on a Faraway World

In one legendary replay, Lim ‘BoxeR’ Yo Hwan battled an unknown player on the south side of Lost Temple. BoxeR built four early Barracks along the edge of his base. As for what happened next… well, you might want to watch for yourself:

Floating four production structures into the enemy’s base and churning out units is exactly the kind of crazy idea that earned BoxeR his many ingenious victories and the immortal sobriquet ‘The Emperor.’ Average players frequently had epic games on Lost Temple, too. Observe this example, in which a Terran player turns the tables on a Protoss proxy rush with quick thinking and creativity:

Don’t let these videos make you think all games on Lost Temple end in the first few minutes. When both players stabilize, the map’s plentiful bases enable long, drawn-out conflicts, such as a famous match between the Korean players Chusung and SiR@SoNi that lasted for 45 minutes and culminated in the entire map being mined out. Unfortunately, many replays of these epic games have been lost in the years since. You’ll have to get out there and create your own!

As players discovered the most powerful strategies and exploits of Lost Temple’s asymmetrical features, the map underwent numerous changes. Tournament versions like WCG Lost Temple attempted to address positional imbalances (for instance, the ability of Siege Tanks in the upper-right main base to shell the ramp and natural of the upper-left main base unchecked). There was even a Desert version of the map used in certain 2002 and 2003 GhemTV tournaments in South Korea.

Eventually, as players grew better and better at exploiting its quirks, Lost Temple began to fall out of favor in the competitive scene. Its influence on mapmaking, however, continues to this day. Maps like Python riffed on the Lost Temple formula—neighboring main bases with short air distance, third bases that drove players toward the center of the map—and became beloved in their own right. Almost all competitive maps that followed Lost Temple copied its accessible naturals and array of expansion options.

Professional tournaments may no longer feature it, but if you log on to the free StarCraft PTR, you’ll see countless 1v1 and 2v2 lobbies on Lost Temple. Nearly 20 years later, we still can’t get enough of this intriguing jungle battleground.

Check out Lost Temple in full HD when StarCraft: Remastered launches on August 14! Until then, experience this classic map for free on the StarCraft PTR.