Every able-bodied hero knows they shouldn't go adventuring on an empty stomach. But while the Nexus contains exotic sights and fearsome foes, there haven't really been any meals fit for a Hero's cookbook.

This week's Community Showcase spotlights the culinary creativity of Kierpanda at Eat Game Live, who has assembled an impressive variety of gamer-inspired foods. Her recipes have reached into the Heroes of the Storm, Diablo, StarCraft, Hearthstone, and Warcraft universes and beyond, and they all feature step-by-step instructions so that you can easily recreate each dish in your very own kitchen!

Here are all of her Blizzard-inspired recipes so far:

What's more, Kierpanda has been very involved with the many Blizzard communities she's a part of! Last year Kierpanda created the infamous Diablo III Chili recipe that was then prepared by Wyatt Cheng, Senior Technical Game Designer on Diablo III, and more recently, she lent a hand to the Reaper of Recipes Challenge!

Kierpanda was also nice enough to sit down and answer some pressing foodie questions we had for her, including finding out more about her latest delicious creation: Blackheart's Doubloons: 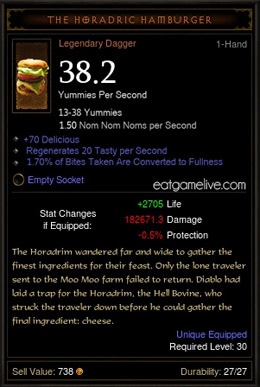 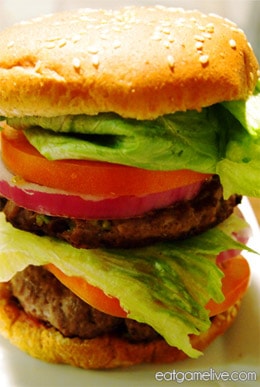 Q. You’ve created almost a dozen delectable recipes inspired by a variety of video games. What got you started on your tasty blogging journey?

I always enjoyed cooking and taking photos of my creations, but I never considered blogging until my boyfriend encouraged me to start posting my photos and recipes online.

The recipes started with StarCraft II because I wanted to parallel the idea of build orders with cooking, but I quickly branched out to many other games.

I currently have two recent favorites, "Prime Evil Rib" and "Blackheart's Doubloons". I created Prime Evil Rib in celebration of Diablo III's birthday back in May. The recipe is basically meat and potatoes, and I think both of those things are pretty darn tasty in the culinary world.

Blackheart's Doubloons was created mainly because I was so enchanted by doubloons on the loading screen for Blackheart's Bay. Have you seen the size of those things in comparison to the heroes? They're hilariously gigantic and it's the best! The doubloon raviolis were stuffed with butternut squash, which I roasted in the oven with thyme. It made my entire kitchen smell like autumn! Yum! :) 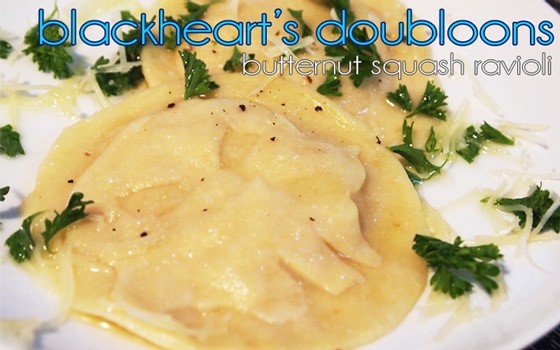 Q. Which recipe was the most challenging?

Hearthscones! I've never made scones from scratch before, so it was a very interesting challenge for me. It took four tries to get the scones to taste and look how I wanted. But, I am happy with how they turned out.

Q. How long does it take for you to develop and perfect a recipe?

It can take a few hours to plan out a recipe from start to finish. Most of the time is spent on figuring out how to best represent the game in the food. Once the recipe is completely planned out, I grab all the ingredients and start cooking. If the recipe turns out well, then it gets added to the blog. If the recipe is a flop, then it's back to the drawing board.

Q. What’s your favorite part of the recipe-making, cooking, or final showcasing process?

I think each step is incredibly fun, but the final showcasing process is my favorite. The only problem is that I’m usually pretty hungry by the time I finish taking all of the photos! 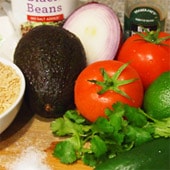 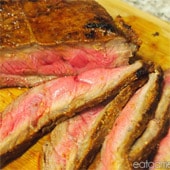 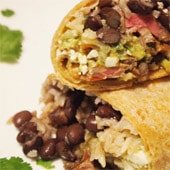 Q. What inspires your recipes?

Gaming, of course! Inspiration can come from items, skills, maps, NPCs, bosses, etc. For example, Healing Wells look like a big boiling pot of soup. Even the names of items or characters can give me ideas. Typically, that results in very silly food puns.

Recently, I've started making recipes for streamers and community members as well. I'm always open to suggestions, so if you've got a recipe idea, feel free to let me know!

Q. When you’re not busy keeping gamers well-fed, what heroes do you play in Heroes of the Storm?

Valla and Nova are usually my top picks. I also play Kerrigan, Tyrande, Sergeant Hammer, Raynor and Falstad. I am quite partial to playing assassin heroes, but I know I need to break out of my comfort zone and play other types of heroes in order to become a better player. :)

I am very excited to see what other heroes will be introduced into the Nexus! 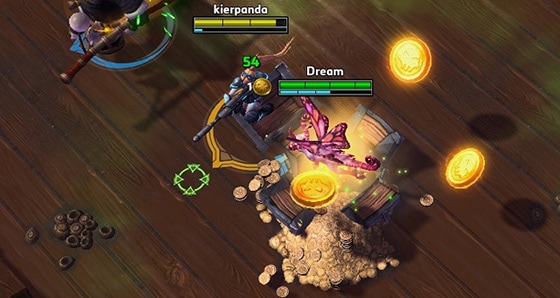 Q. Do you have any other Heroes-themed delicacies in the works?

Yes! I plan on creating recipes for each Battleground. I'm currently writing a recipe for the seeds in the Garden of Terror. I also have a plan for the Tributes in Cursed Hollow. Once all of the battlegrounds are taken care of, I plan to write some recipes about the heroes themselves. How awesome would it be to take a bite out of Sergeant Hammer's BFG missile?! 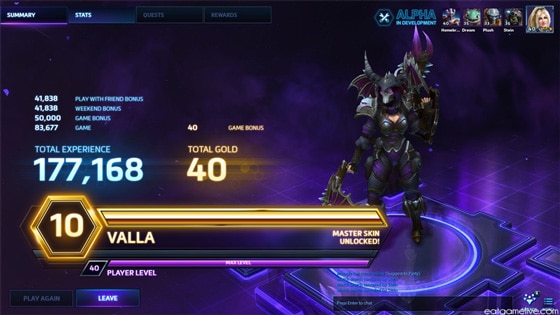 Q. What tips do you have for aspiring chefs out there?

If you're a beginner, I suggest taking it slow and try creating on some easier dishes, such as scrambled eggs or burgers. Cooking a meal from start to finish may seem very overwhelming, but once you practice and get used to working in the kitchen, the entire process becomes natural. It's similar to gaming in the sense that cooking requires a lot of multitasking, which is why I try to encourage fellow gamers to cook for themselves.

Once you get comfortable with cooking, then it’s time to experiment. Try different types of ingredients and different methods of cooking.

Finally, one of the most important things in cooking is to stay sanitary! Keep your hands and your utensils clean and always avoid cross-contaminating your food.

I believe that learning how to cook is incredibly beneficial for both health and financial reasons. It does take some practice, but gaining experience in the kitchen and leveling-up your cooking skills is worth it!

Thank you so much for allowing me to share my recipes with the community. I hope my recipes will inspire other gamers to start cooking!

Being an eSports fanatic, I am looking forward to seeing how the competitive scene for Heroes of the Storm evolves. It will be interesting to see how pro players from various games start their transition into Heroes of the Storm. I'm also eagerly awaiting the release of Sylvanas because I am strangely obsessed by how darn awesome she is. LET NONE SURVIVE!

Hungry for more? Check out Kierstin's blog, Eat Game Live: where gaming meets food. To ensure you get all of her latest updates, make sure to follow her on Facebook and Twitter too! Have an idea for a recipe? Let Kierpanda know, or create your own and share the deliciousness with us below!