To be a Brewmaster is to be an explorer, a lover of nature, and when the need arises; a powerful fighter. For years Chen Stormstout has wandered the world of Azeroth in search of rare ingredients, stirring stories, and of course, good brew, and now the wonders of the Nexus await him.

The Legendary Chen Stormstout hails from the Warcraft universe, and in Heroes of the Storm, Chen takes on the role of a highly mobile melee Warrior who specializes in an oddball playstyle that allows him to fluidly dodge in and out of combat and deal damage to his foes while also defending his friends and family. This powerful pandaren is definitely a Hero that you want by your side as you explore the Nexus!

For an even more in-depth look into this iconic Warcraft Hero and his abilities, make sure to check out Chen Stormstout’s Hero Page! 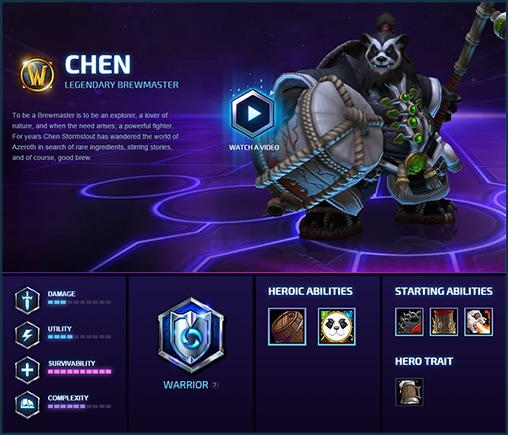 "Ancient pandaren proverb: Pandren brew is a moment on the lips, and a lifetime of hits and flips."

Chen has wandered far and wide, but he’s already ready for a good brew or a fight! His starting skin in Heroes of the Storm ensures that you’ll be prepared for anything when you explore the Nexus! 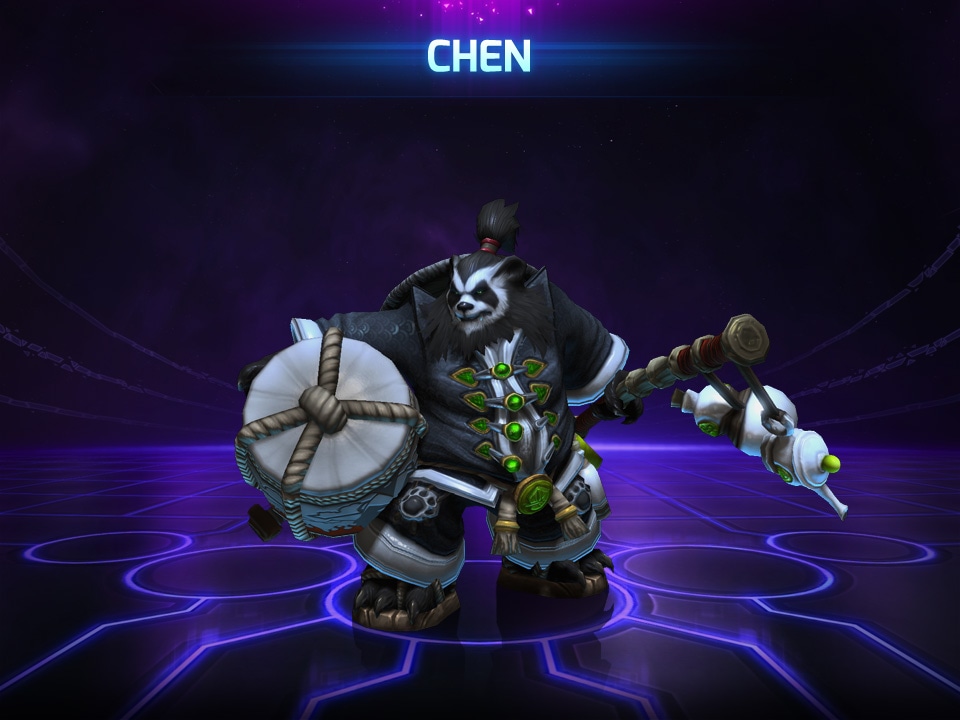 The history we know has been reimagined in Chen’s newest alternative skin, which begs the question – what would Azeroth have been like in a world where Chen served Lei Shen, the Thunder King? 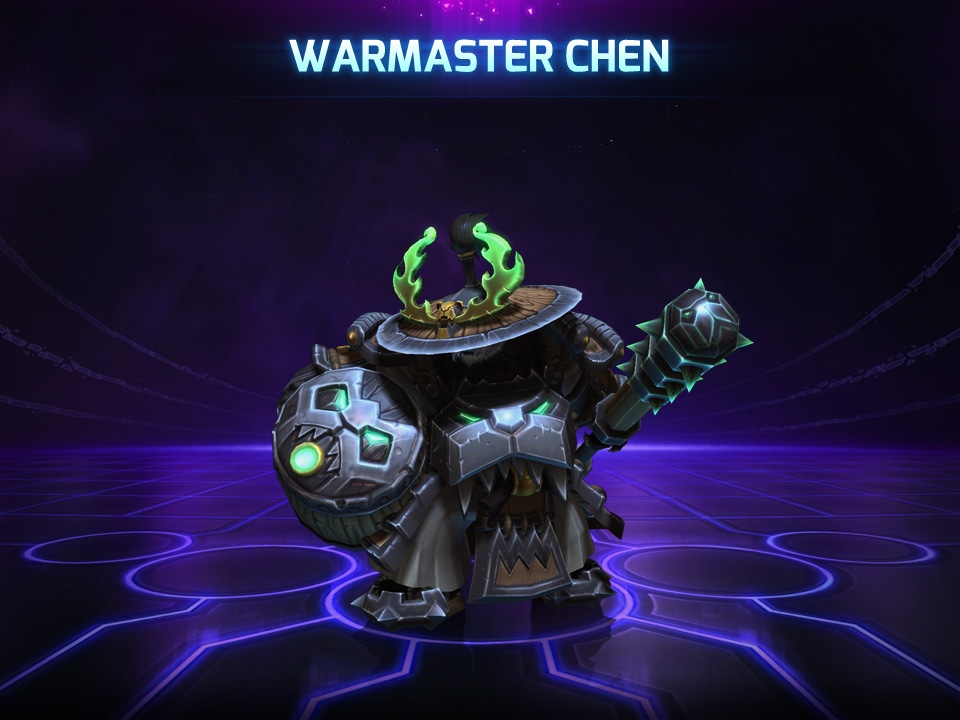 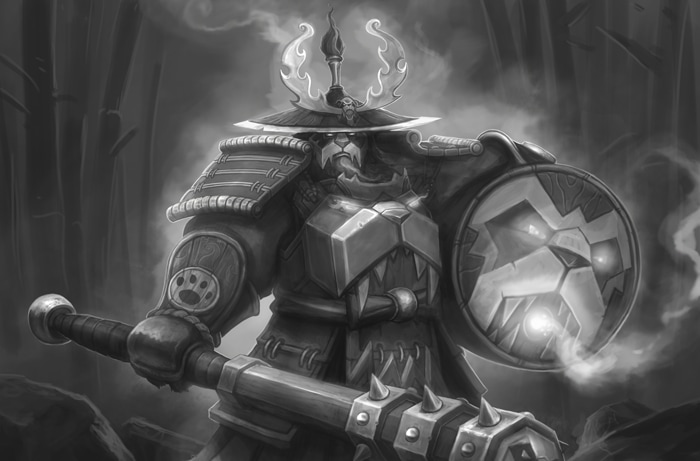 "To master yourself you must know yourself."

"I’m not trolling you. I leave that to Vol’jin." –Chen

"All you can eat? Challenge accepted." –Chen

"I hear the most amazing stories here in the Nexus." –Chen

"Oh yeah! This stuff'll put hair all over you." –Chen

"There is no greater joy than walking the world, writing your story. It is the wanderer's way." –Chen

Since the first appearance of Chen Stormstout in Warcraft III: The Frozen Throne, many talented artists have illustrated him and his pandaren kin. Below are fourteen fantastic pieces of fan art featuring Chen and other skilled pandaren, which were submitted by talented artists from around the world.

Chen Stormstout is a wanderer, adventurer and keg-emptier -- and this world-class brewmaster has left an indelible mark on Azeroth's history in the Warcraft universe.

If you’re interested in learning more about Chen Stormstout, Li Li, and the other pandaren, make sure to check out the following related content:

You can also feast your eyes on some official art featuring Chen Stormstout and other pandaren below: 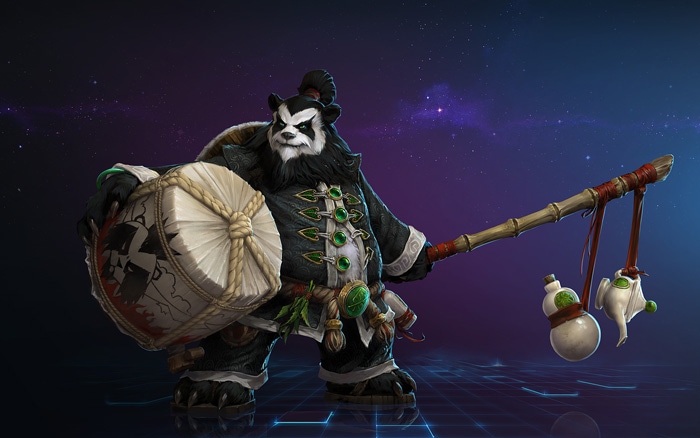 We hope you’re enjoying our rambunctious Chen Hero Week! What’s been your favorite part so far, and what else would you like to see? Let us know in the comments below!