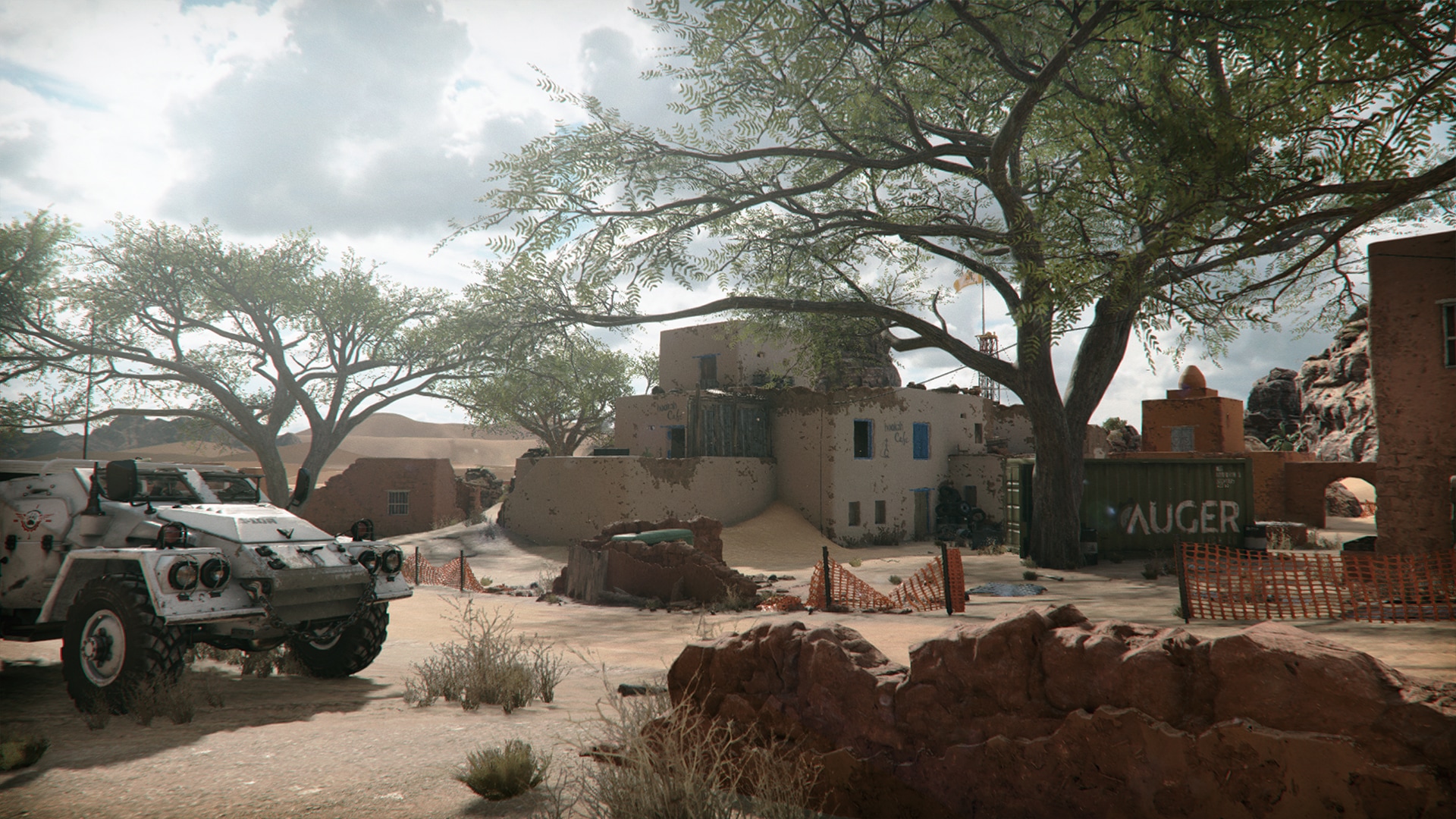 Don’t get sandblasted in this new, fast-paced map built for both traditional and Combined Arms play.

Collateral places NATO and Warsaw Pact forces under the scorching desert sun in Algeria, where a CIA satellite has crashed into an abandoned village, the very same location that Adler and company secured on June 27, 1984.

In addition to this village is a large oil drill operation and surrounding dunes. These areas, along with the satellite and village, offer a variety of quick engagement opportunities, whether you’re chasing enemies up and down the buildings or using the terrain and satellite parts for natural and environmental cover.

While the Strike version of this desert locale is tailored for 6v6 play, the 12v12 version includes vehicular combat, as Operators are able to make use of air-to-ground assaults and fend off rival aerial vehicles.