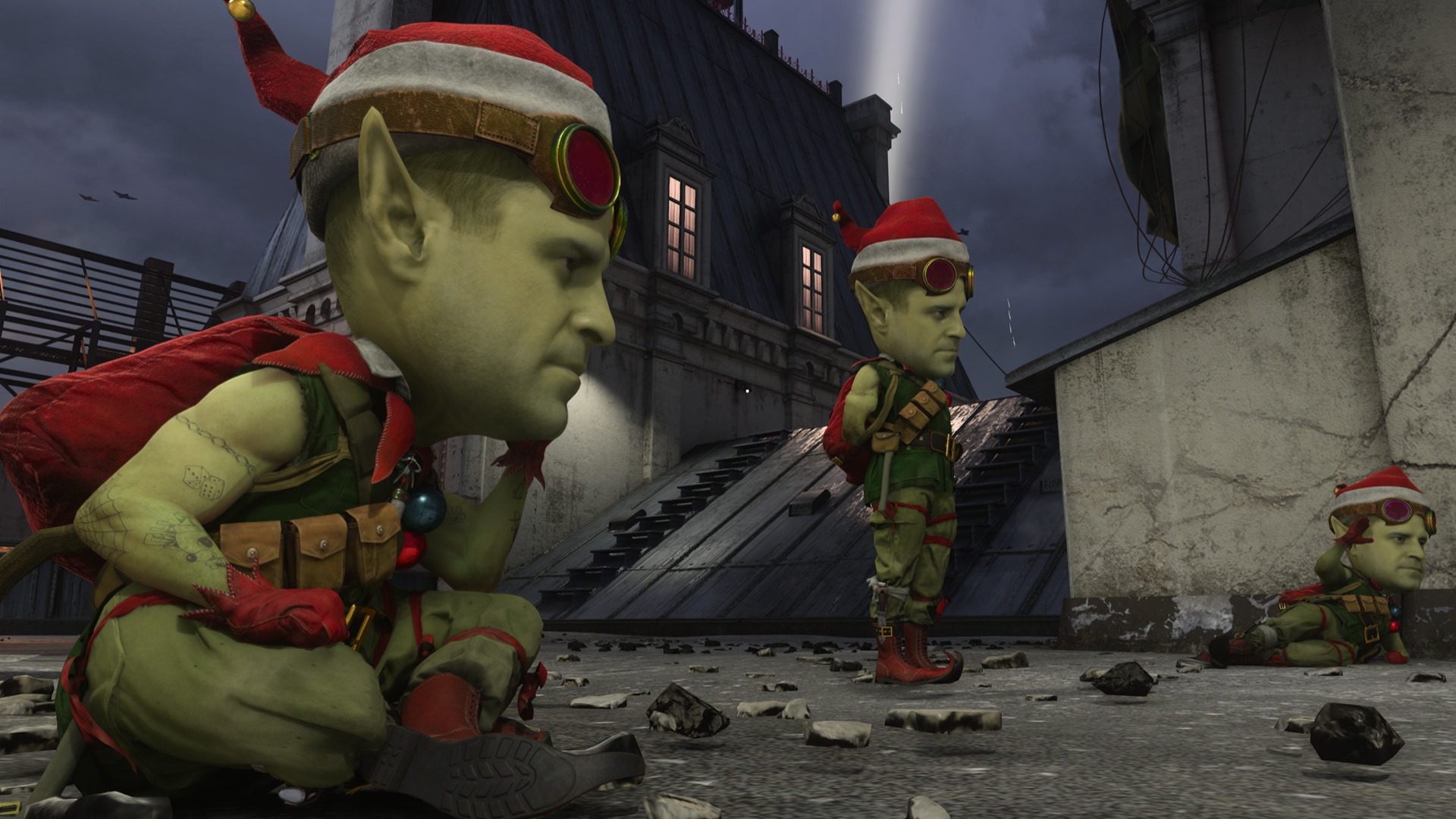 Krampus tends to spend his holidays on Caldera and Rebirth Island, where within minutes of a match starting, he goes on the hunt for sport. While his choice of target is more random here than in Vanguard, he does tend to hunt down those who received coal from the Holiday Crates.

This mythical creature will take three minutes to complete his hunt before he disappears for his next target, or he’ll be killed and give out a special permanent reward for the squad that faces his wrath.

Because these islands are his usual stomping grounds, Krampus has some other surprises in store throughout Festive Fervor. Fortunately, all of these are relatively nice—expect modifiers like increased chances of Legendary Supply Boxes or half-off Buybacks on each day of this holiday event.

Just like Krampus, some mischievous creatures also call Caldera and Rebirth Island their home and are waiting for Operators to seek them.

These gnomes are just as carefree as Elf Team Six, hollering at any Operator who gets within 10 meters of them. Squads who find and destroy them will receive rewards like a Double XP Token or a Calling Card.