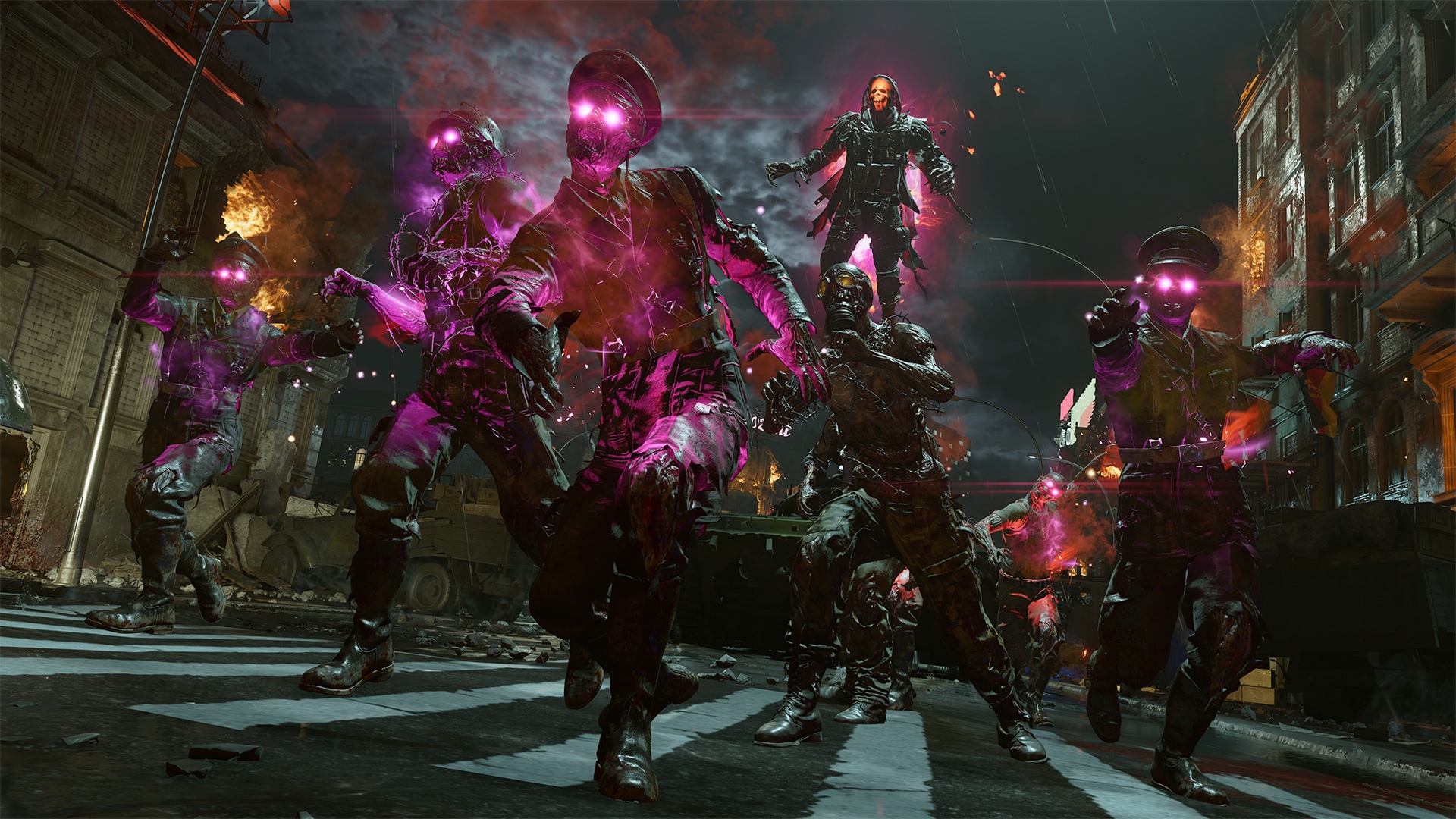 Set after the events of “Operation Excision” in Outbreak, “Mauer Der Toten” is Treyarch’s next classic round-based Zombies experience where Requiem agents, currently working for Omega Group’s Colonel Kravchenko in a bid for their freedom, will explore war-torn Berlin after a zombie invasion has overtaken the city.

Agents will navigate through the dark streets, lit only by spotlights, street lamps, and long-abandoned vehicles, to reach various key landmarks and structures, including a U-Bahn where flaming trains carry undead passengers to parts unknown. They won’t be alone, however, if they can find a way to activate a new robotic companion, Klaus, who will help them defeat the undead.

All of that, plus a new Wonder Weapon with four unique variants, fast-travel ziplines, terrifying new enemies, new quests to discover, and more secrets and surprises are coming in this massive new round-based map