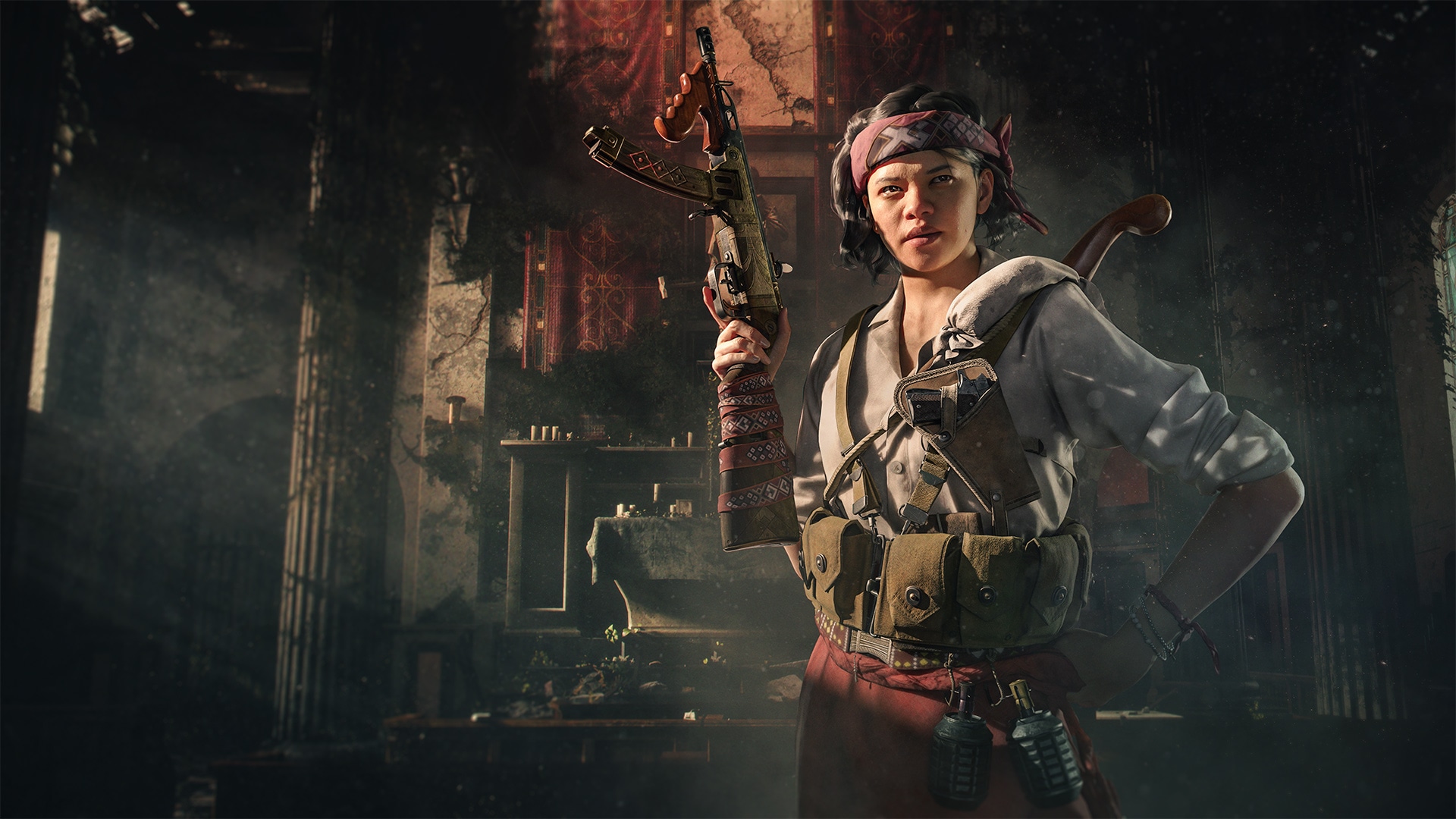 A devastating invasion. A parent lost. A vow for revenge.

This is the story of Isabella Rosario Dulnuan Reyes, the final Operator on Task Force 006 Trident arriving before the end of Season One.

Isabella was trained in the martial arts as a young girl by her father. After his death, she continued to hone her skills on those who drove her into a local resistance. After the war, she joined Trident alongside Francis and Lewis to uncover Caldera’s secrets, acting as the close-quarters battle (CQB) specialist with extreme proficiency with a new weapon for the Vanguard arsenal.

Those who have all three members of Trident — Francis, Lewis, and Isabella — unlocked and leveled to the max can unlock a special Gold outfit for all three Operators, as well as a Platinum one if they have at least three other Task Forces maxed out to Level 20.