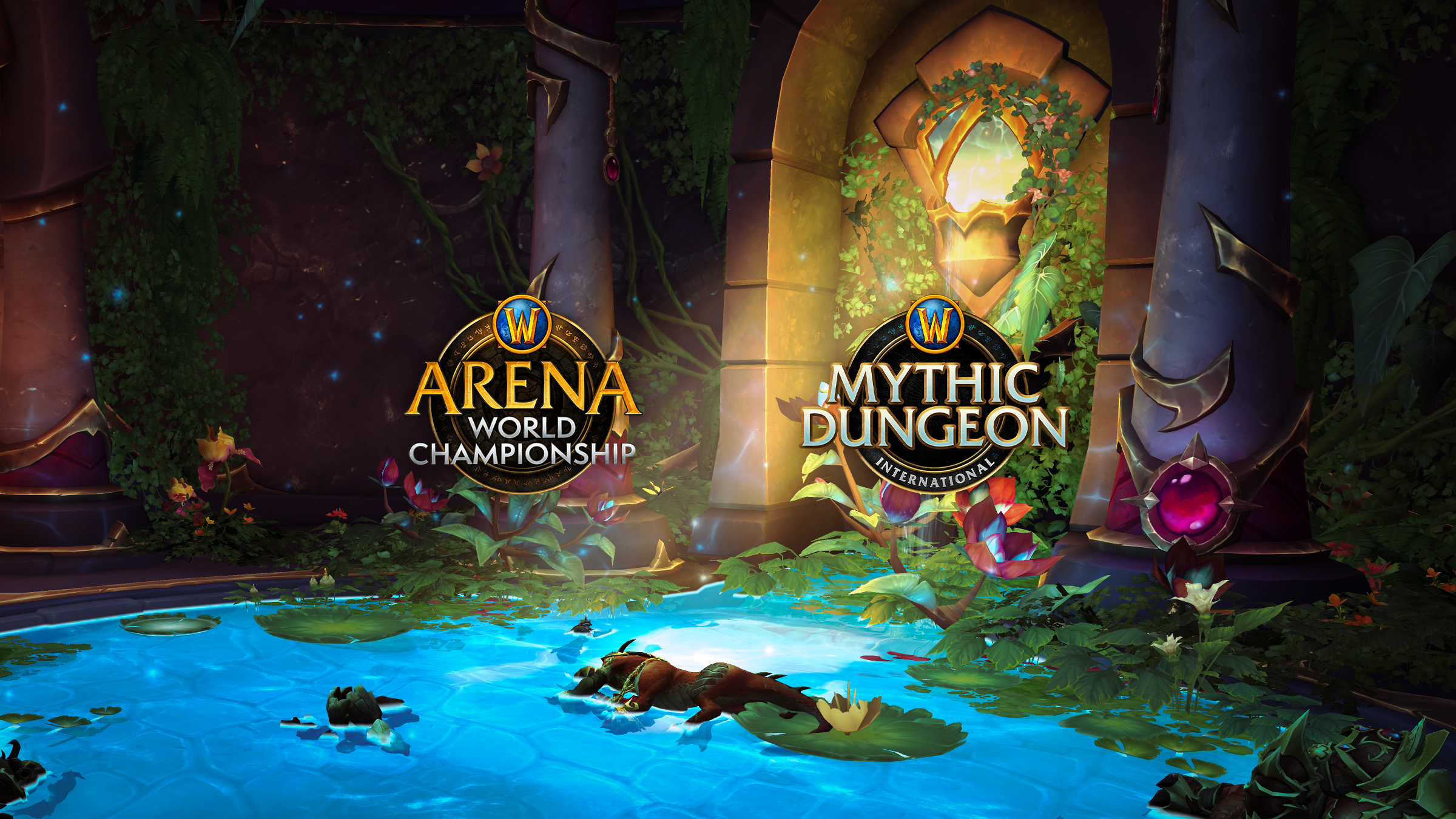 The Arena World Championship and Mythic Dungeon International return in 2023 to dive into all that Dragonflight has to offer.

With more than $1.6 million (USD) of prizing on the line, 2023 is bound to be another great year for the Arena World Championship (AWC) and Mythic Dungeon International (MDI). In addition to the quest for immortality and taking home a share of the prize pools, all players across both programs will be able to earn the new in-game Thundering Banner of the Aspects. Registration is now open for the first events, which will all be broadcast live on Twitch and YouTube!

With the launch of Dragonflight, we’re taking a new seasonal approach to the Arena World Championship.  The AWC will consist of two full seasons of competition tied directly to in-game seasons, with each culminating in epic Season Grand Finals boasting a $300,000 (USD) prize pool and the chance to be crowned that season’s Dragonflight Champions.

Each in-game Season will feature a full competition of qualifier Cups, with the top three teams per region advancing to the Grand Finals, while teams placed 4-8 will move to the all-new AWC Gauntlet.  The AWC Gauntlet is a single-elimination bracket tournament with the last standing team from each region securing the final spots at the Grand Finals!

Beginning today, teams in Europe and North America can sign up on GameBattles for the Dragonflight Season 1 Cups, where they’ll earn the new in-game Thundering Banner of the Aspects as they battle for their chance at advancing to the Grand Finals. There will be four open Cups divided per region, where teams will compete for points as well as $20,000 (USD) prize money per Cup. After all the Cups and the AWC Gauntlet, the remaining four teams in each region will face off in the Spring during the Season 1 Grand Finals for their share of the combined $300,000 (USD) prize pool! 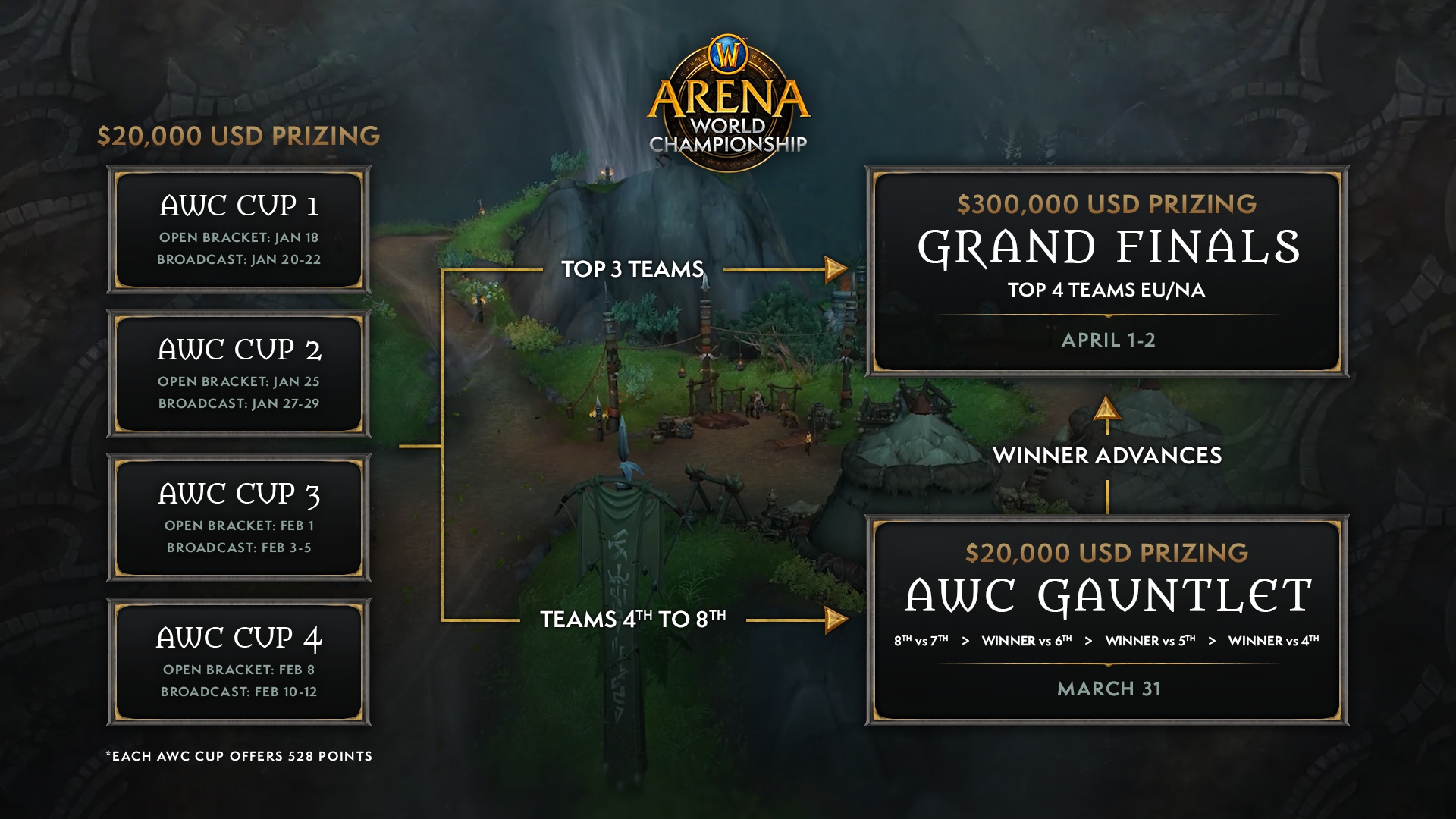 Following the continued success of the Mythic Dungeon International and the growth of The Great Push (TGP), we’re excited to announce full seasons of both formats in 2023 as players engage with the new Mythic+ Dungeon rotations.  Competitions will consist of a dedicated Season for speed-running Dungeons in the Mythic Dungeon International and pushing keystones to their limit in The Great Push – each concluding in an epic Global Finals with $300,000 (USD) in prizing combining for over $800,000 (USD) across the year.

During Dragonflight Season 1, a full season of Mythic Dungeon International takes place in the new Dungeons. Time Trials for Season 1 take place beginning February 1, with registration now open to all eligible teams, where, the top 24 teams globally will advance to the MDI Groups. In each MDI Group, teams of eight will compete for a share of $30,000 (USD) prizing, as well as to be one of the top two teams qualifying to the MDI Global Finals. Following the Groups, the Last Stand Tournament will once again offer two qualification spots as the final chance to advance. The remaining eight teams from around the world will battle it out at the Global Finals for their share of the $300,000 (USD) prize pool and the title of MDI 2023 Global Champion!

On top of everything mentioned above, teams who complete the Time Trials Dungeons in-time will be eligible for the new in-game Thundering Banner of the Aspects! The first MDI 2023 season begins on February 1, 2023 and sign-ups are now open, so head over to GameBattles to register! 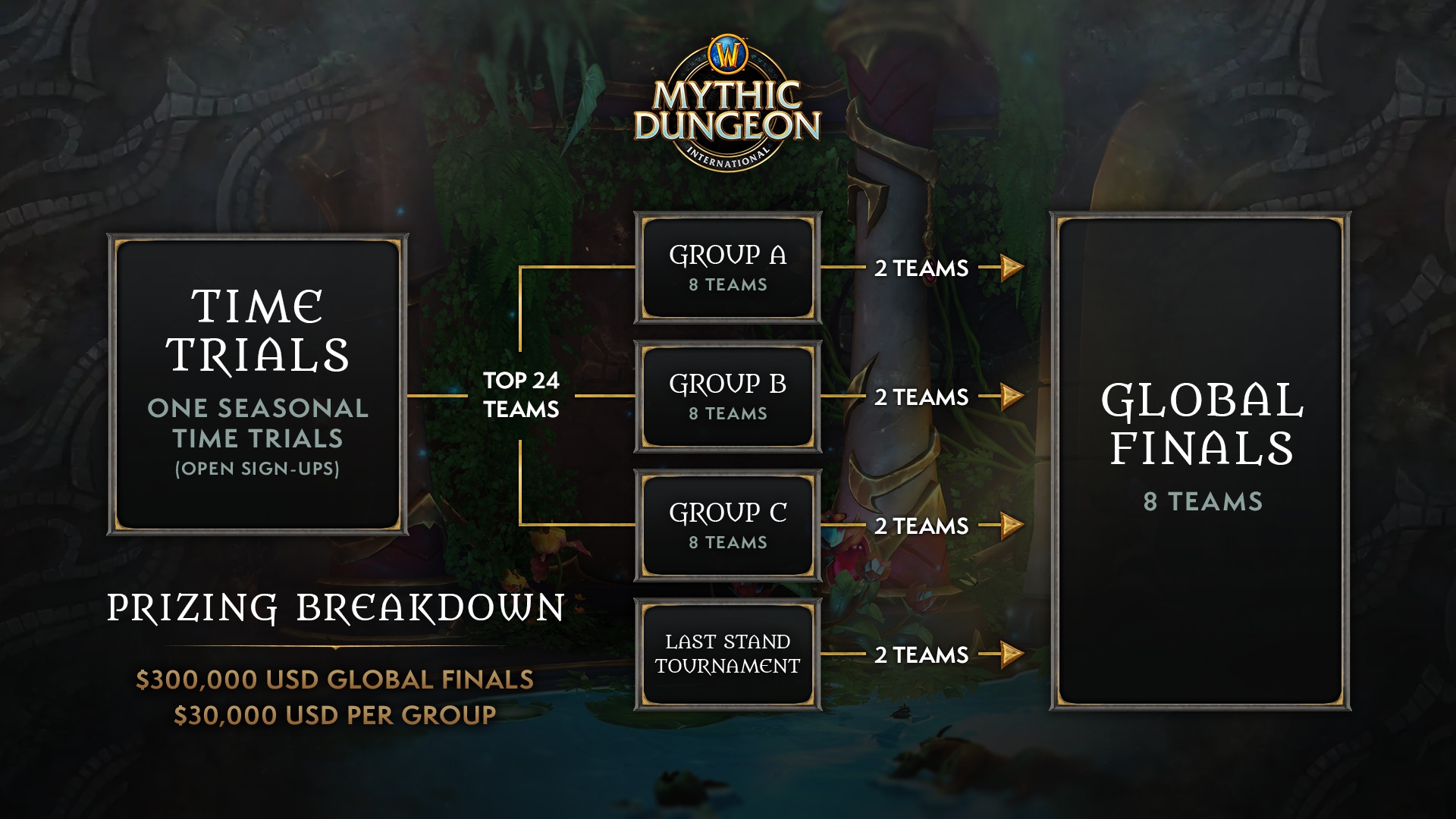 The Great Push has continued to create great stories from its inception in 2021 as one-weekend competitions to an experimental mini-season in 2022. For Dragonflight Season 2, TGP is growing into a full competitive season with its own $300,000 (USD) Global Finals prize pool! Be on the lookout for more information over the coming months when we get closer to Dragonflight Season 2.

The seasonal affix for Dragonflight’s first season is Thundering. While the Thundering affix is active, players are periodically overcharged with primal power from Raszageth’s unending storm granting them 30% more damage and healing. However, this power comes with great risk. If the Marks of Wind and Lightning are not discharged before they expire it can result in stunning consequences!

We can’t wait to get the Dragonflight competitions underway, so be sure to sign up on GameBattles. Stay connected and on top of the latest news by subscribing to our Twitch and YouTube channels and following the WoW Esports Twitter.

Good luck and have fun!