Express Yourself with New Dracthyr Emojis! 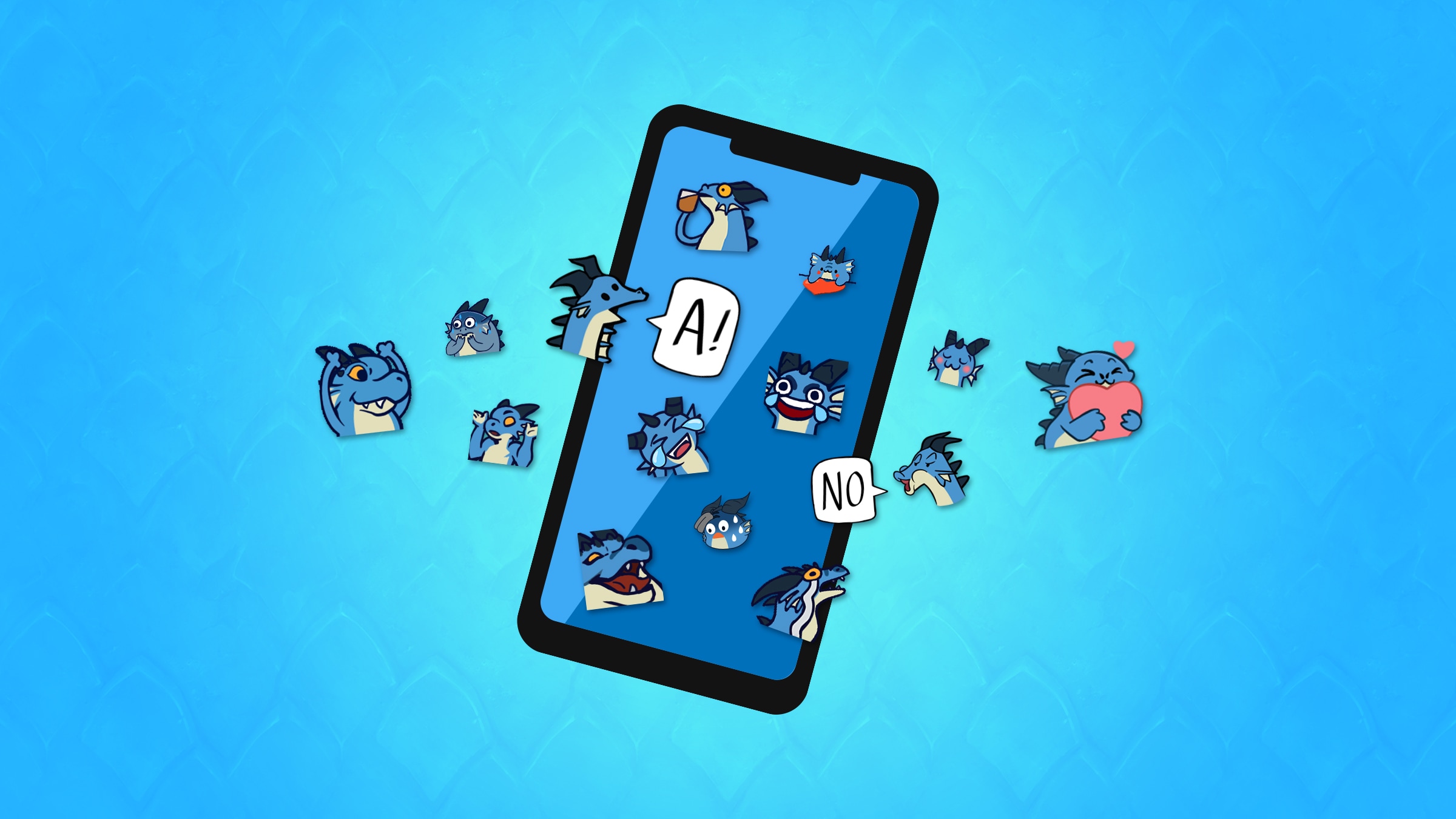 The new dracthyr Evoker was revealed with the announcement of the next exciting chapter of World of Warcraft—Dragonflight. This new race and class combination has been a part of the focus for a passionate team dedicated to delivering a truly epic experience in the Dragon Isles (and beyond).

Formed some years ago, the dracthyr Evoker feature team has been overseeing its development beginning with the early inception stages. Feature Teams are cross-discipline teams composed of developers across a wide spectrum of disciplines such as producers, designers, artists, engineers, and QA who are dedicated to a specific feature over the course of its development. Somewhere along the way, a most (mis) fortunate event occurred in our internal conversations resulting in the creation of dracthyr emojis!

How did these emojis come to pass?

Thursday mornings are important for the feature team because it’s when we host one of our weekly feature syncs. We get together as a group to share our latest updates on the development of the dracthyr Evoker. At one of these meetings over a year ago, more specifically on May 27, 2021, one of our character artists was experiencing technical issues and missed the meeting. As the saying goes though, every cloud has a silver lining, and this event served as the inspiration for the creation of her sad cartoon dracthyr which you can see in the picture below. 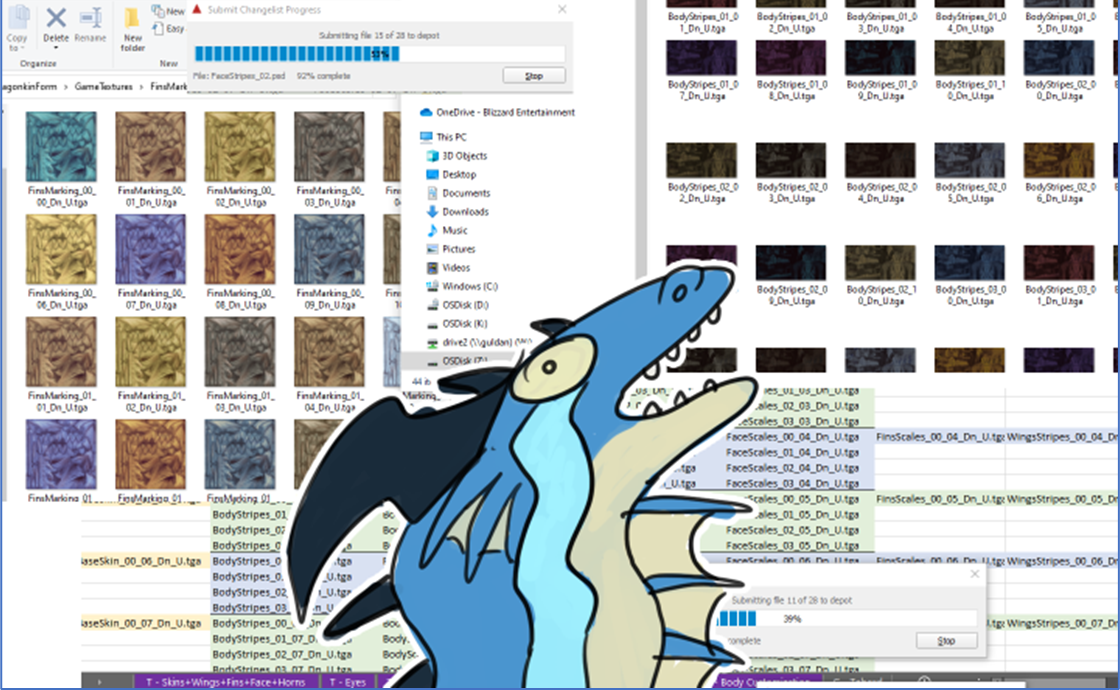 The picture was shared in our feature team Slack channel, which is where a lot of our discussions are centralized with so many of the team working from home as we develop Dragonflight. Slack’s messaging system comes with a number of features such as persistent chat rooms and, you guessed it, support for custom emojis, so you can probably see where this is all headed. All it took was another member of the team saying, “I’m gonna need that dragon as a reaction” to set our creative wheels in motion.

As a result, our first emoji was born, fittingly named “saddragon” to lovingly commemorate our character artist’s temporary despair with technology. From that point onward, a plethora of dracthyr emojis have been created by various members of the team. Be it through ideation, inspiration, artistic skill, or just general “memery” practically every member of the feature team (and in some cases beyond) has contributed to the creation of the entire suite of emojis we have today and make frequent use of across Slack in our daily interactions to express ourselves. These weren't originally intended for public release, but we thought it would be fun to share with the community and showcase the variety of art styles present in the emojis— which exhibit a little of each artist’s personality.

Dracthyr Emojis for Everyone!

As with most elements of game development, breathing life into a completely new race and class for players to experience the World of Warcraft through has been an extremely challenging, daunting, complex, exhilarating, rewarding, and thrilling endeavor. These emojis are just one of the many ways that the team has been able to express its passion for developing the new dracthyr Evoker, and we can’t wait for everyone to get their hands on them in the Dragonflight expansion. In the meantime, we hope that this lovingly curated selection of some of our favorite dracthyr emojis helps enrich your communities across Discord, Twitch, and social media.

We hope you enjoy spreading the dracthyr love!

Learn more about World of Warcraft: Dragonflight and the new dracthyr Evoker on our official website, and visit our news site for regular updates.

(c) 2022 Blizzard Entertainment, Inc. All trademarks referenced herein are the properties of their respective owners.