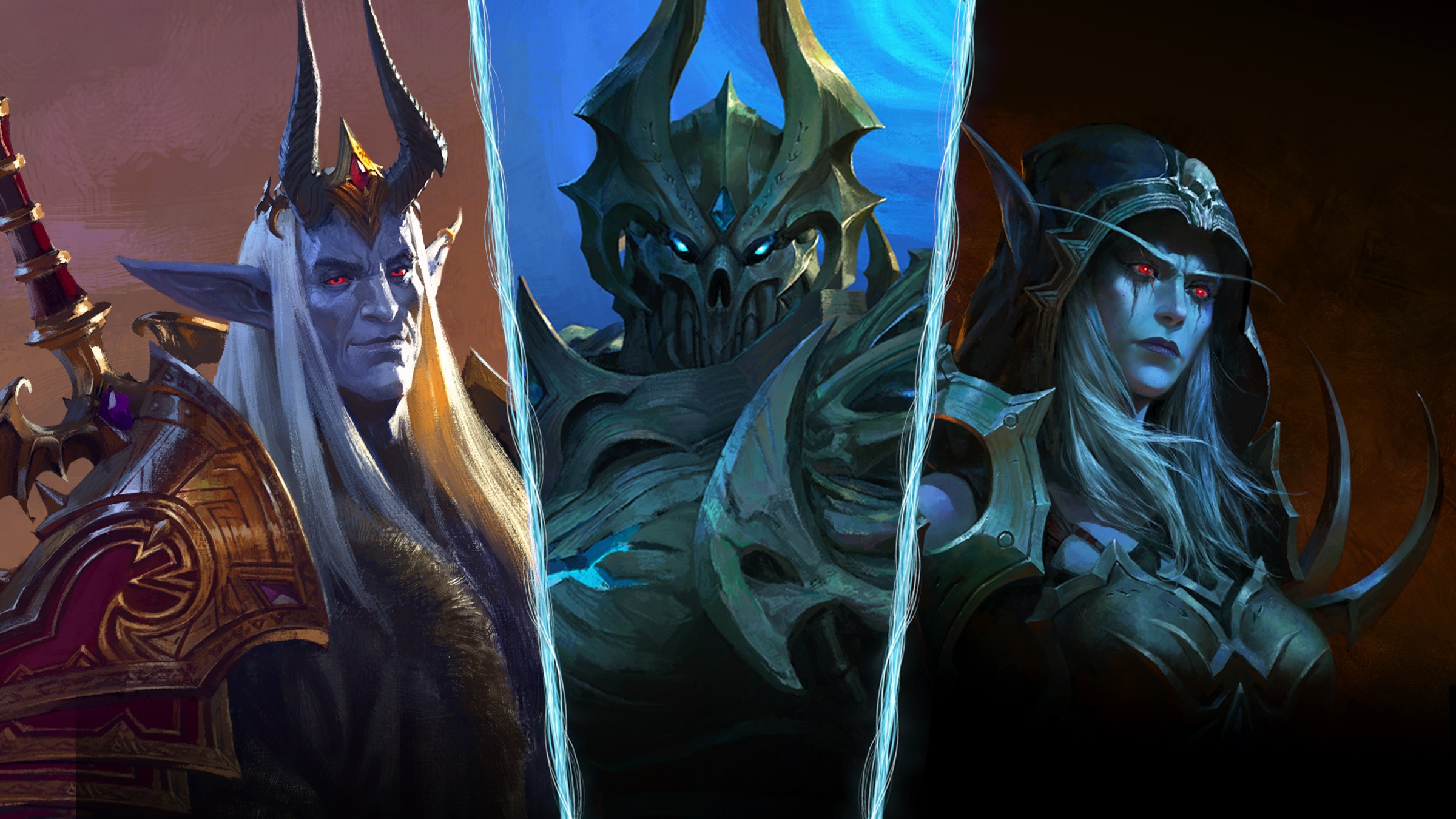 *Updated Sept. 12: Starting with the weekly reset, players in Normal, Heroic, or Mythic Fated Raids will be able to opt-in to one additional Fated Power at the Fated Console, located near the entrance of each of the Fated Raids.

In the aftermath of our climatic battle in Zereth Mortis, the power of the First Ones is echoing across the Shadowlands, empowering some familiar raid settings and the rewards within. Each week, one of the three Shadowlands raids (Castle Nathria, Sanctum of Domination or Sepulcher of the First Ones) will become Fated, along with any World Bosses associated with those raids. The World Bosses in Shadowlands and their associated raids are:

Note that only one of these bosses will be available at a time during a Castle Nathria Fated week.

Sepulcher of the First Ones

How Do Fated Raids Work?

Each week, one raid will be marked as Fated. You may enter a Fated raid in any difficulty (Raid Finder, Normal, Heroic or Mythic). Note that while a raid is marked as Fated, you cannot enter its non-Fated version until the following week when another raid becomes Fated—so plan your transmogrification and achievement runs accordingly! You can find our Fated raid schedule here.

Once you enter a Fated raid, you’ll notice that all enemies and bosses will have adjusted stats—the goal here isn’t to make your raid group go through progression again; we’re aiming to provide a proper but not insurmountable challenge for those already experienced with the encounters.

Each boss encounter will be empowered by one of four unique Fated Powers. These will vary from boss to boss and week to week, presenting challenges for your raid group that reward Fated Infusions, temporary powerful auras for your efforts. Should you conquer any boss in a Fated raid, you’ll receive rewards according to the difficulty level you’ve completed them in. The item level distribution for Fated raids is as follows:

All gear obtained in Fated raids can be converted into set pieces at the Creation Catalyst.

Season 4 features a trio of broker vendors suspiciously skulking around the Great Vault. Each of these brokers has wares from one of the three Shadowlands raids. They will sell trinkets, weapons, and other special items from their respective raid. Each item will have the same price: a single Puzzling Cartel Dinar. You can obtain Puzzling Cartel Dinars by entering any Fated raid in Season 4 and completing the required 3-part questline. But there’s a catch: you will only be able to get three Puzzling Cartel Dinar for the entire season.

After spending your last Dinar, the brokers leave town and take their wares with them. Items sold by these vendors will be at the Season 4 Normal Fated item level range of 278-285, depending on the item.

Unlike the Puzzling Cartel Dinar above, which has a quest you must complete to earn them over time, these Cyphers will begin as guaranteed drops as soon as Season 4 begins. This will allow you to capture effort progressing week over week from the get-go. These upgrade items will work on any item with a ‘Fated’ tag, including those sold by the broker vendors mentioned above.

Several new rewards can be obtained by achieving the following Feats of Strength during Season 4:

Season 4 features a new dungeon rotation for Mythic+. New Mythic Dungeon Keystones obtained from Shadowlands dungeons will be for one of the following dungeons:

Nathrezim infiltrators have disguised themselves among certain non-boss enemies in dungeons. You can see through their clever disguises if you pay close attention. Defeat these impostors, and a Cartel Ta member will capture them and allow you a choice of bounties that will enhance a secondary stat of your choice. You’ll also receive a hefty Bounty Payment that quickly restores health and mana.

The following rewards can be obtained by completing Mythic Keystone Dungeons in Season 4:

A new PvP Season will also kick off, allowing heroes all over Azeroth a chance to obtain glory in the Arenas and Battlegrounds. The new item level caps for Honor and Conquest gear shakes up as follows:
Honor Gear (Eternal Combatant)

The focus of Season 4 is earning new gear through a remixed raid and dungeon experience, and PvP. Any obligation to retread familiar Shadowlands systems in order to keep pace feels contrary to that focus, and in order to provide the best experience, we've decided to leave those systems unchanged.

Going Out With a Bang

Season 4 presented a unique opportunity for the WoW Development Team to try some experimental changes that might have been too volatile for a regular Season. We hope you enjoy playing it as much as we enjoyed creating it. We'll see you in the afterlife, hero!