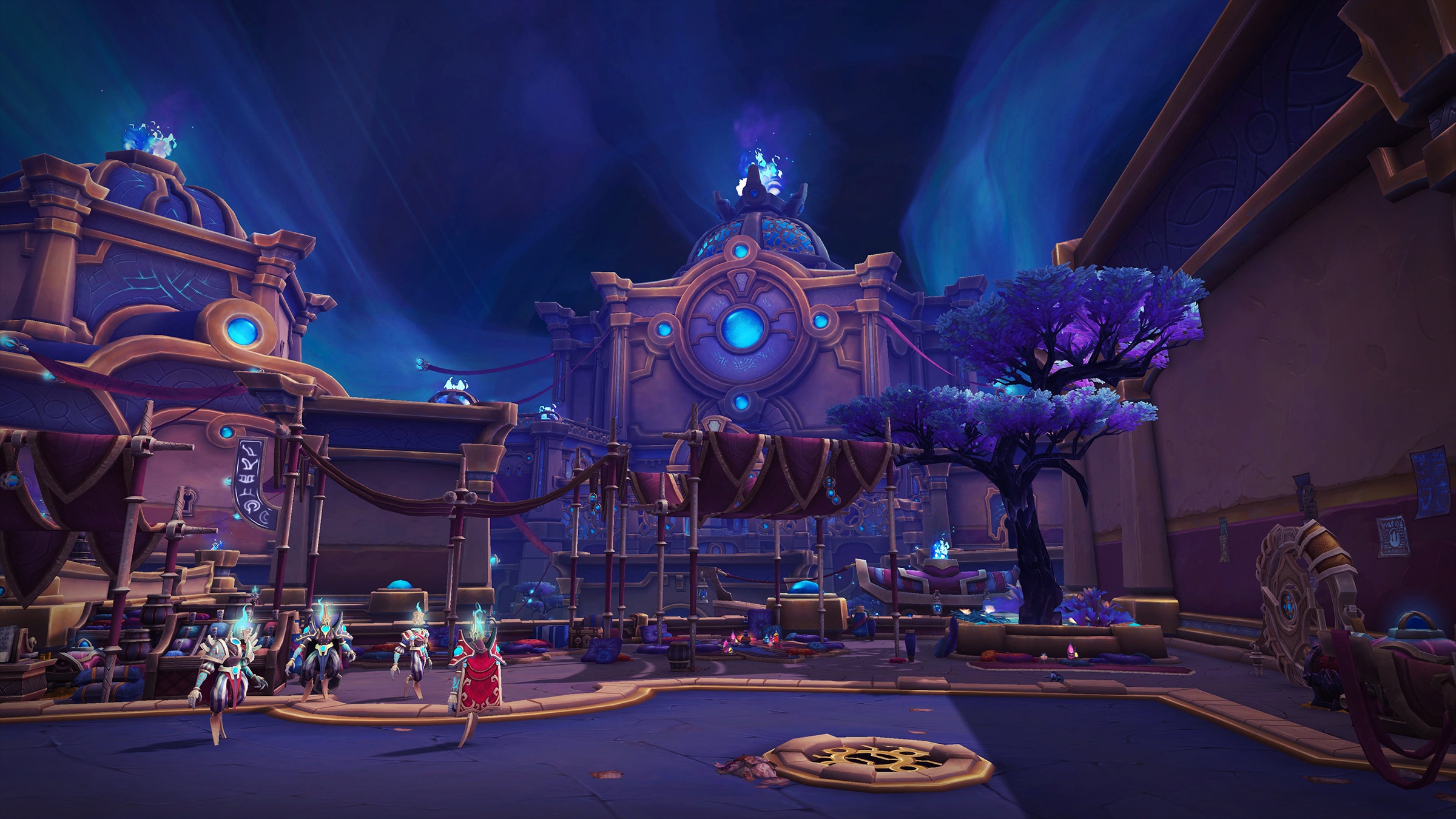 Gather your party and discover exotic wares and strange creatures in Heroic Difficulty Tazavesh: the Veiled Market with the start of Shadowlands Season 3. Set in a bazaar of the mysterious brokers, you’ll face off against dastardly assassins, four-armed broker guards, an infinite pirate dragon, and other enemies as you chase down a wayward broker before she can unleash the might of a stolen artifact to realize her own designs.

Heroic Difficulty Tazavesh, the Veiled Market is accessible by using Group Finder (I). Players will find this dungeon split into two parts—Streets of Wonder and So'leah's Gambit. You'll need to have an item level of 185 to queue.

While you can queue to get into Tazavesh instantly, to travel to the entrance of this dungeon, you'll need to complete a short series of quests. You'll begin by visiting the Innkeeper, Host Ta'rela, in The Idyllia section of Oribos. In "The All'ey Cat of Oribos" you'll be asked to meet up with a mysterious contact named Al'dalil, who will introduce you to the world of the cartels, their complicated relationships, and their propensity for ingenious wordplay. He'll act as your guide from time to time as you make your way through the dungeon. 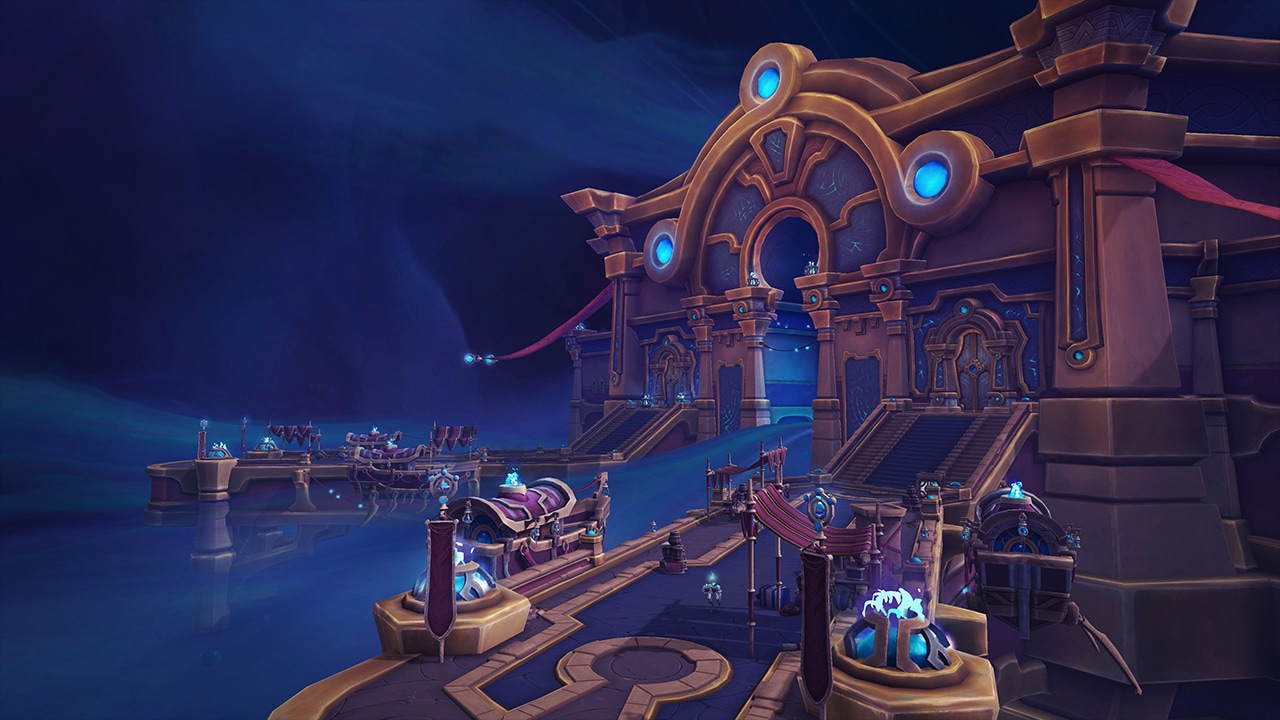 Zo'phex the Sentinel- To gain entry beyond the gilded gates of Tazavesh, all must pass the sentinel, Zo'phex. Obsessed with security, Zo'phex ensures any contraband is immediately incinerated along with anyone holding the offending items.

The Grand Menagerie- The Xy cartel "acquire" rare and valuable items to sell within their menagerie. Nothing is off-limits; exotic beasts, forbidden technology, even cursed artifacts are all on display. If your heart desires it, Cartel Xy will acquire it for you—as long as you can pay their price. 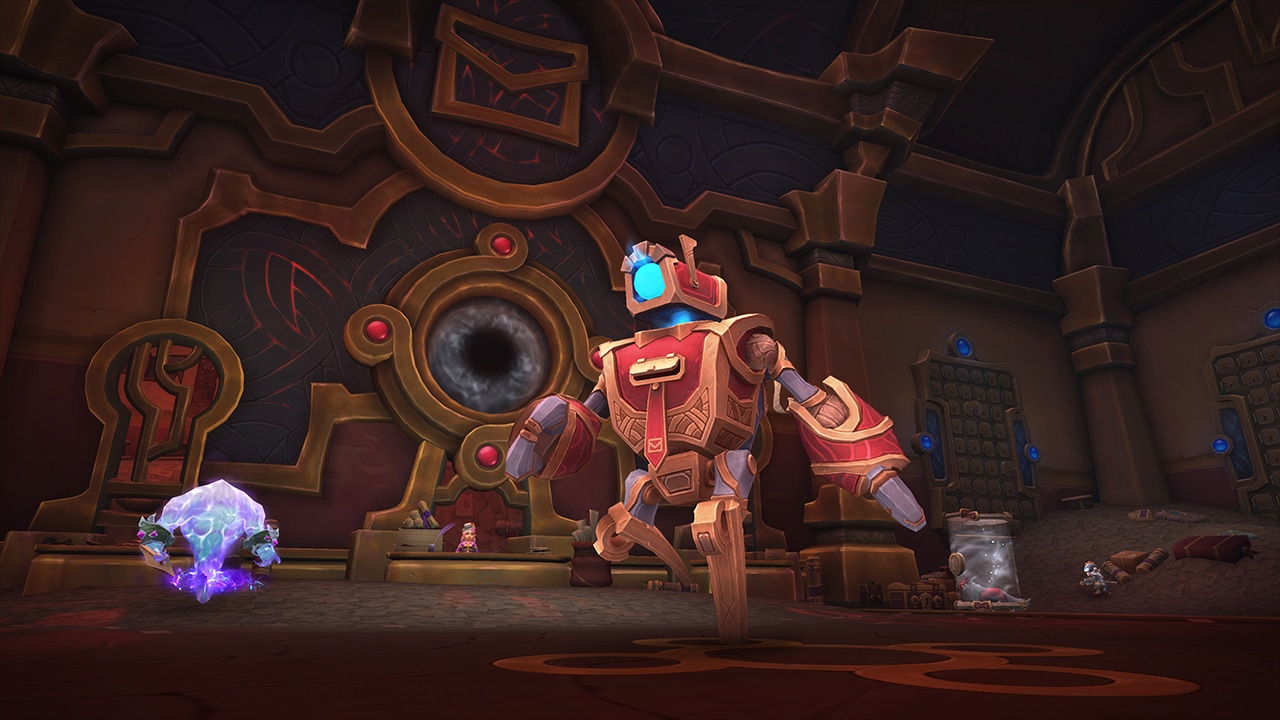 Mailroom Mayhem- Something has gone wrong at the Primary Office for Sending Things (P.O.S.T.), Dimensional portals are scattering deliveries and the automation that runs the office is malfunctioning. If the chaos is not sorted soon, the city could go postal.

Myza's Oasis- The drinks are ethereal, the ambiance is intoxicating, and Zo'gron, the door guard, is impatient. In this Oasis, live performers will not leave that way if they fail to please the crowd.

So'azmi- Among those brokers who live by the blade, none match the skill of So'azmi, Cartel So's lethal assassin. So'azmi is forever perfecting his technique; as such, it gives him great pleasure to instruct his enemies in the art of fighting—even as he slices them into pieces.

Hylbrande- The theft of an ancient Titan artifact has awoken its guard: Hylbrande, Sword of the Keepers. Dismantle the myriad security protocols at Hylbrand's command, or become permanent residents of the tomb. 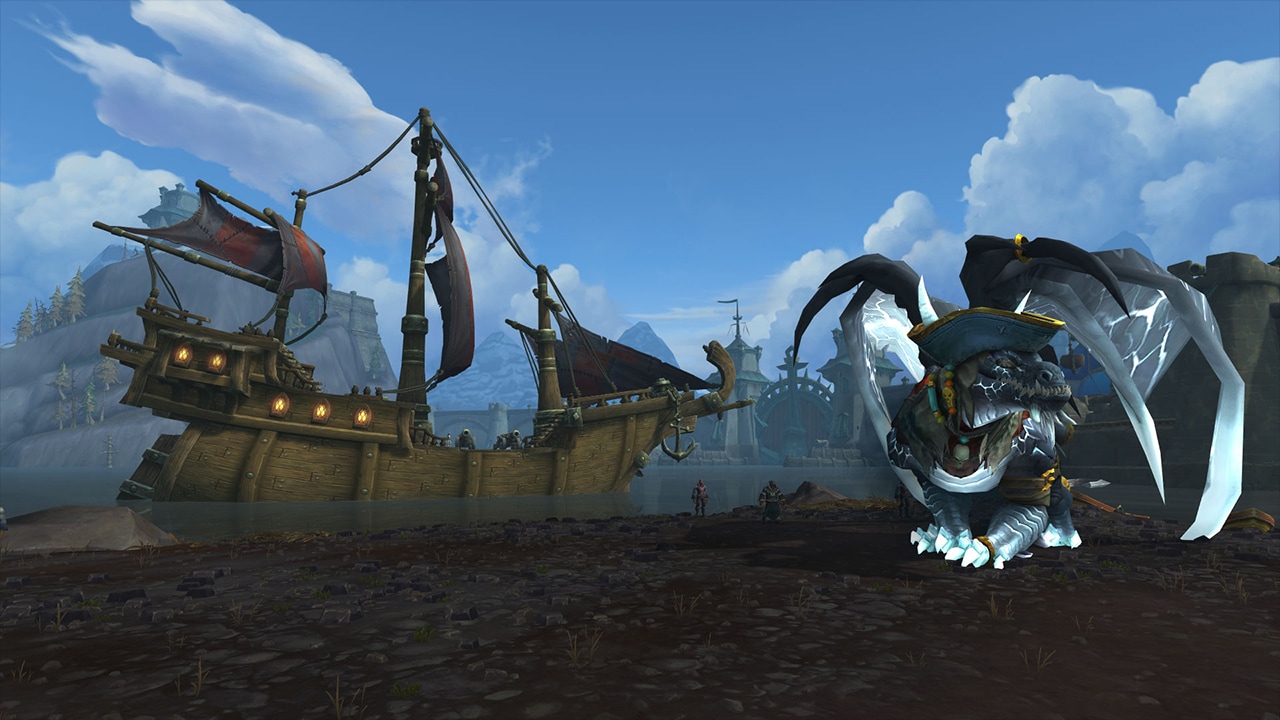 Timecap'n Hooktail —Months of planning went down the latrine when So'leah appeared in the middle of Timecap'n Hooktail's heist and stole her prize. Consumed by rage, the pirate queen unleashes her true form and rampages over anyone caught in her path. 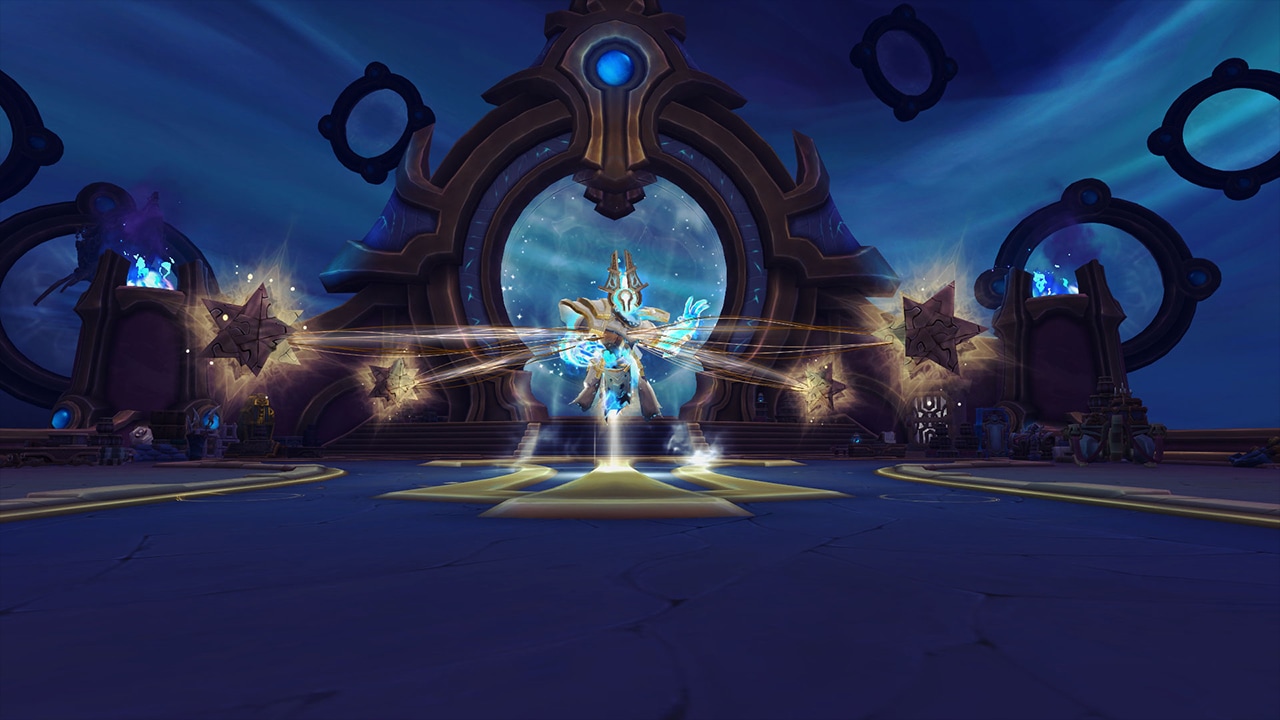 So'leah— So'leah's thirst for power culminates in this final battle. Having unleashed a force she does not fully understand; the cartel leader is transformed into a creature of unbridled ferocity. As rampant energy spills from the artifact, So'leah must be stopped before her actions tear down the foundation of Shadowlands.

There's a variety of loot just waiting to be gleaned from the market stalls of Tazavesh. Seek out your allies and prepare to barter with your lives.