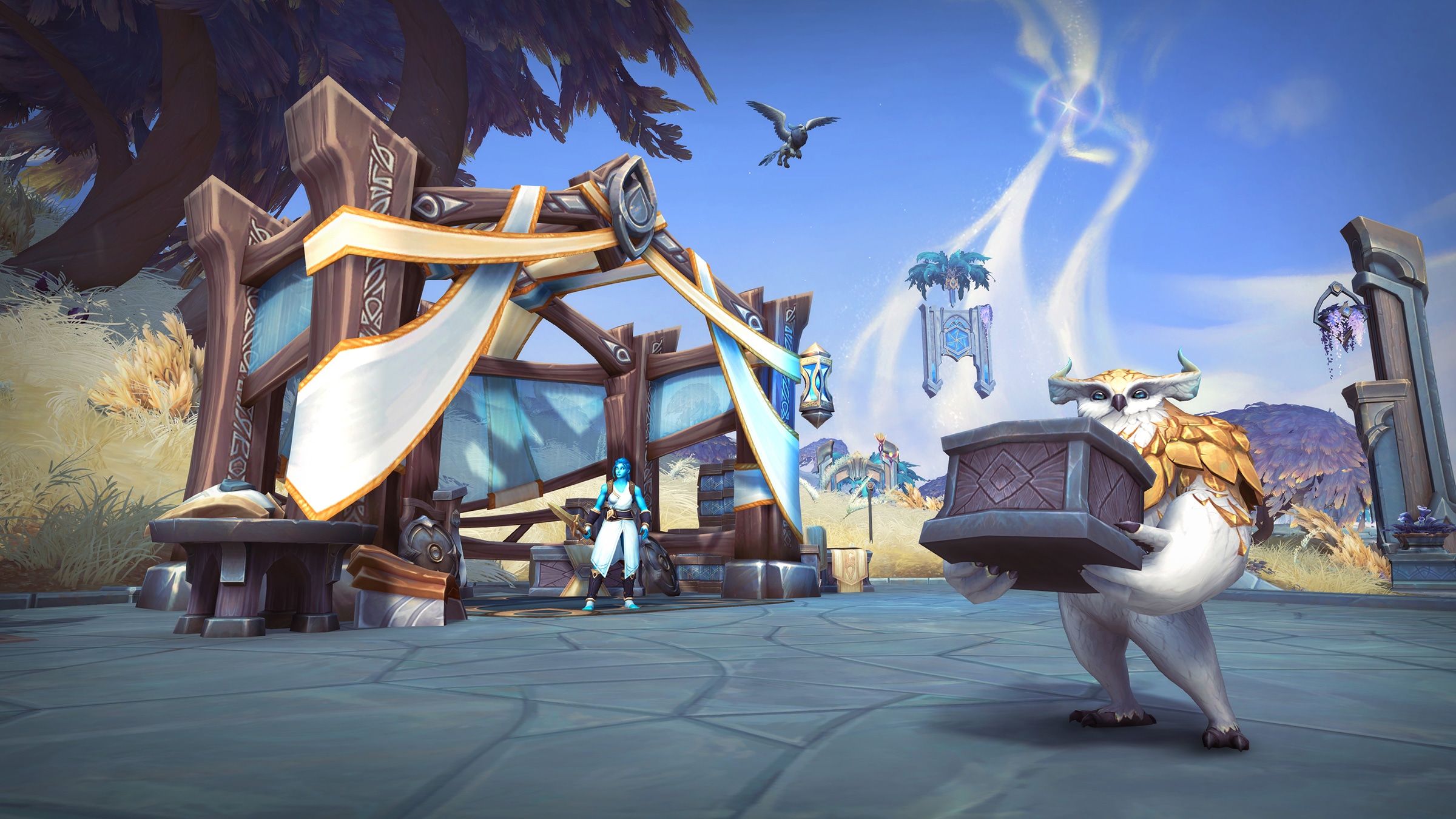 We know it's not easy to catch every social post or forum reply with so much to keep your eye on in the World of Warcraft universe. To help you stay on top of it all, we wanted to take time to share a quick summary of the latest news and the developments we're focused on for both Shadowlands and Classic WoW.

WoW Classic Season of Mastery has been announced. Players will have a chance to start fresh on a level playing field allowing new and current Classic players to start anew at level 1 for a complete reset of WoW Classic's content. Learn more details in our news post.

The Evolution of Creative Content in World of Warcraft

Over the last few weeks, artists and writers across the WoW team have updated a small number of old quests, art assets, names, and dialogue that we identified as outdated and inconsistent with our values as a team. These updates are a relatively small part of a comprehensive, company-wide effort to improve the WoW team and Blizzard as a whole, but they’re important to us as developers.

In early August, we set up internal channels where the WoW team could share feedback on content that doesn't represent who we are as a team today. During this time, we also gathered a great deal of feedback from players on practically every aspect of the game. The player feedback influenced many gameplay improvements we’re working on for patch 9.1.5, and our internal feedback identified some in-game content that is inconsistent with our goal of building an inclusive and welcoming game world.

In a game that has thousands of art elements and a word count in the millions, we recognize that these updates will amount to very few total changes overall. Nonetheless, we believe these changes are worthwhile. World of Warcraft is meant to evolve over time, and every day, new players from every walk of life and every corner of the world experience our in-game content for the very first time. As a team, we want the world they see to stand as an expression of our talents and principles.

Goofy jokes and occasional mature innuendos are part of WoW, and probably always will be. Still, we want to remain mindful of whether certain elements of that world are welcoming to all players. In short, we want our jokes to be inclusive and not punch down.

Occasionally, when determining whether to adjust content, there can be circumstances that further complicate our decision-making. For example, some of the art that populates our world is often re-used throughout the game. To be certain that we don’t have any instances in which this art appears in a way that is not respectful, in some cases, we might opt to replace specific elements entirely. It’s important to us that we ensure Azeroth is the best place it can be for everyone, and we will continue to improve our processes when it comes to this kind of decision-making.

We also want players to be able to express themselves through their characters, so we don’t intend to change existing player looks or cosmetics. Instead, we want to ensure that we're offering a wide range of options for players to represent themselves. This work is ongoing alongside our development of new content and features. You’re going to see more of it soon in 9.1.5, and in updates to come—and where applicable, in WoW Classic as well. An example of a post-9.1.5 improvement is the creation of an incubus demon, which we can add to places where succubus models currently appear. We're also planning to make the incubus a glyphable option for Warlocks when they summon that classification of demon.

As WoW continues to evolve and grow, we’ll keep discussing, reviewing, and acting on this kind of feedback. As always, we’re immeasurably grateful for your input, and we hope you keep it coming.

-- The World of Warcraft Team

With the introduction of Legion Timewalking in the 9.1.5 content update, Azeroth's champions will be able to enter the Mage Tower again. Check out the forum post to learn more details.

A new developer's note was published on the forums covering some changes to select AoE abilities. These abilities are no longer maximum target capped and instead deal reduced damage beyond 5 targets. Visit the post to learn more details.

Due to ongoing feedback from the community, the 9.1.5 PTR is introducing to Nightborne females an option for adding a glow effect to their hands. Male Nightborne will have this option added to the PTR in a later build for testing. Join the discussions of this new option on the forums.

The latest notes for the 9.1.5 PTR have been updated with the latest additions to the next content update. Here are some of the highlights:

Whether your journey takes you into Tazavesh, the Veiled Market, or into Korthia, the City of Secrets, the music of the Chains of Domination content update will guide your way. Watch our video featuring over two hours of epic auditory magic, and head to our news post to learn how you can stream on iTunes, Apple Music, and Deezer.

Into the Shadowlands: Catching up at 60

If you've been away from the Shadowlands after a hiatus, or you're stepping into the Shadowlands for the first time, we've got a great way for you to get back into action with our guide.

Teams will compete in the Last Stand Tournament to determine who will secure the final spot in the Mythic Dungeon International Season 2 Global Finals, only on YouTube!  Learn more.

The Arena World Championship 2021 Grand Finals were held Saturday, September 25 — Sunday, September 26. You can catch up on all the action on the official World of Warcraft YouTube. Learn more about the prizes, competing teams, and more about this event here.

This Week in Shadowlands

Stay tuned to our official channels to stay on top of what's happening next!