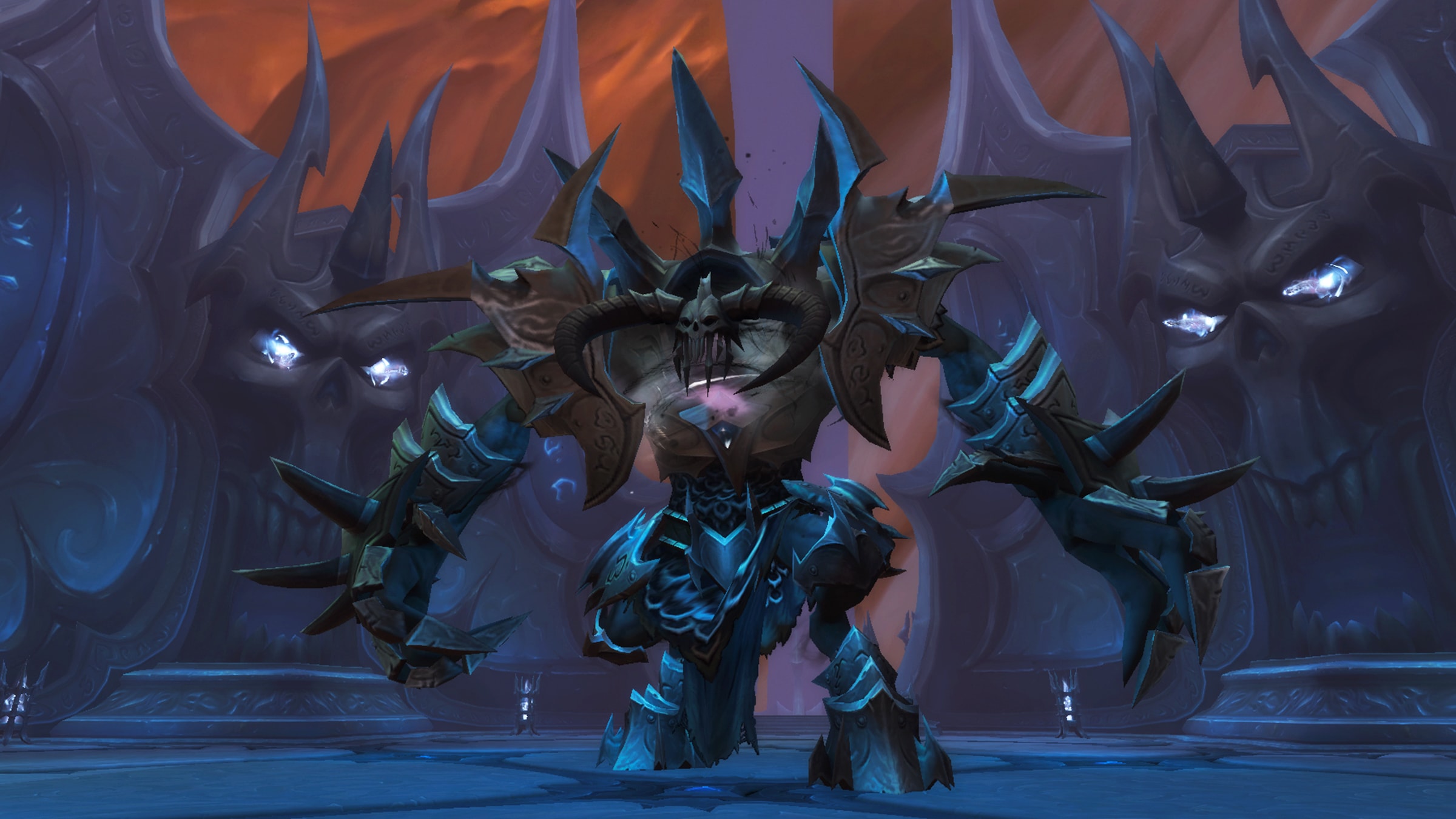 Breach the Sanctum of Domination and slay the formidable servants of Sylvanas and the Banished One in the epic new raid opening with Season 2.

SPOILS OF THE SANCTUM

The path to the Banished One’s loyal Banshee Queen is paved with treasure. 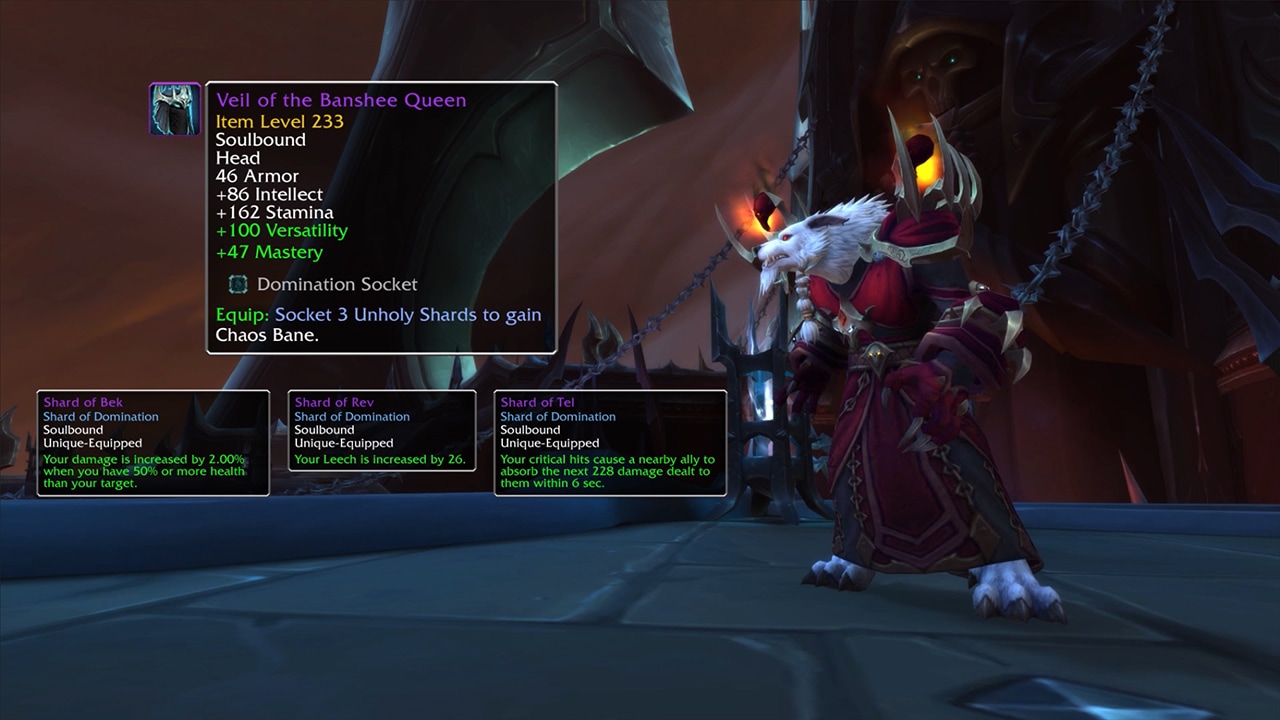 Empower your gear with Shards of Domination, a new type of powerful gem looted from the bosses lurking within Sanctum of Domination. These remnants of the Runecarver’s work have long augmented the Jailer’s armaments, but now you can seize them for yourself and turn the tables on the Banished One. Shards exude three different types of runic magic: Blood, Frost, and Unholy. These ghastly gems can be socketed into gear with Domination sockets, enhancing your characters’ damage, mitigation, or healing abilities. While each individual Shard’s power works anywhere, inserting three of the same type into your gear creates a Rune Word, granting you a powerful boon that increases your combat potency even further within the Maw, Torghast, and the Sanctum of Domination. Each class has five different armor pieces that can don a Domination socket which can be looted from the raid. Defeating raid bosses can also reward you with Stygian Embers, which you are used to upgrade your Shards and further enhance their potent bonuses.

To rank up your Shards, visit Bonesmith Heirmir in Korthia after completing Chapter 3: Focusing the Eye storyline in the Chains of Domination campaign.

Complete the following achievements to earn a ghoulish mount and title worthy of your triumph.

Glory of the Domination Raider: Complete the listed Sanctum of Domination raid achievements—Name a Better Duo, I’ll Wait; Eye Wish You were Here; To the Nines; Tormentor’s Tango; I Used to Bullseye Deeprun Rats Back Home; Whack-A-Soul; Knowledge is Power; Flawless Fate; Together Forever; This World is a Prism

Those who defeat Sylvanas Windrunner on Heroic or Mythic difficulties prior to the next raid tier can earn these achievements that they can proudly /flex.