Shape the Fate of the Shadowlands in Chains of Domination 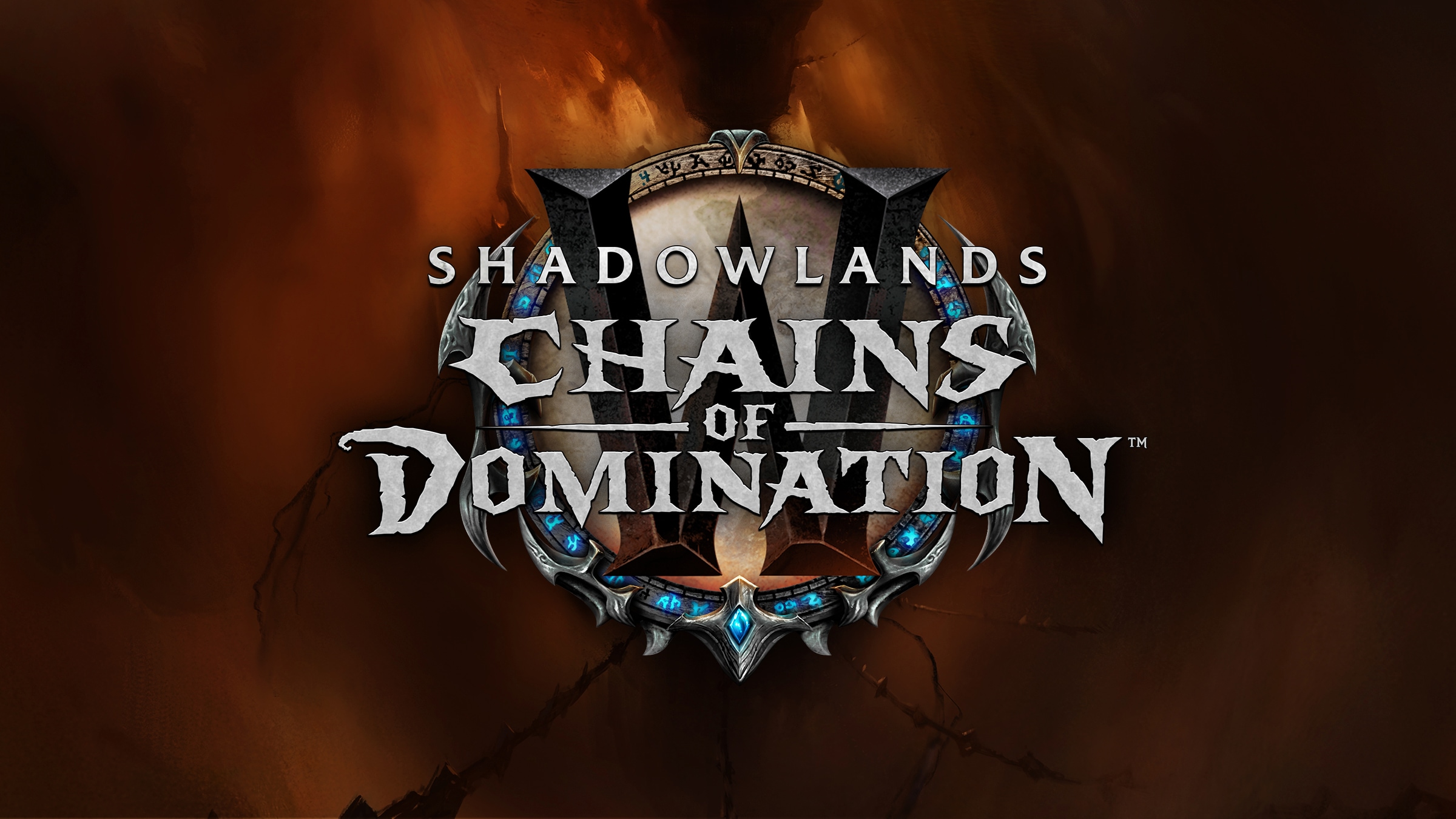 The next content update, Chains of Domination, has been announced at BlizzConline! Watch the panel now or read on to discover what's coming up for World of Warcraft.

The traitorous Sire Denathrius has been defeated, but the power of the Maw still grows. In Chains of Domination, the upcoming major content update for World of Warcraft: Shadowlands, players will delve into new depths of the Jailer’s hopeless domain, seeking to understand the true nature of his malignant plans. Backed by the renewed might of the four Covenants, the champions of the Horde and the Alliance will take the fight for the Shadowlands to the seat of the Jailer’s power. But the Banished One has a terrible new champion in his service—a cruel instrument of despair conscripted by Sylvanas Windrunner, capable of instilling dread into the hearts of Azeroth’s heroes like no creature of the Shadowlands.

THE COVENANTS STRIKE BACK

Return to the Maw with the restored strength of the kyrian, night fae, necrolords, and venthyr and together fight back to reclaim the Shadowlands from the Jailer’s sinister encroachment. As you unravel the Jailer’s dark designs you’ll be able to fight back with newfound inner-strength, even allowing your mounts to once again be rideable in this ominous realm.

DISCOVER THE MYSTERIES OF KORTHIA

The Jailer is searching for the key to fulfill his twisted vision for the afterlives, and he has pulled a fragment of a long-lost domain into the Maw itself to find it: Korthia, City of Secrets. Dragged from the hidden byways of the In-Between, this landmass has its own strange creatures and brims with mysteries the likes of which the Shadowlands has never seen. It is these obscurities that the Jailer is truly after, the secrets of an enigmatic group known as the First Ones.

During your adventures in the Maw and Korthia, you’ll be able to earn new rewards including a spectral steed bound in spiked barding and a severed hand mount that will fearlessly crawl wherever you command.

RAID THE SANCTUM OF DOMINATION

Found beyond the labyrinthine halls of Torghast, the Sanctum of Domination is a new 10-boss raid. Encounter the true Eye of the Jailer, turn the tide against the Tarragrue, square off against Kel’Thuzad, and come face-to-face with the Banshee Queen herself in a fateful confrontation.

Gather your party and discover exotic wares and strange creatures in the new eight-boss Mythic mega-dungeon; Tazavesh: the Veiled Market. Set in a bazaar of the mysterious brokers, you’ll face off against dastardly assassins, four-armed broker guards, an infinite pirate dragon, and other enemies as you chase down a wayward broker before she can unleash the might of a stolen artifact to realize her own designs.

EXPLORE NEW LAYERS IN TORGHAST, TOWER OF THE DAMNED

As we bring the fight to the Jailer’s home domain, we’ll be able to advance further inside his lair—Torghast, Tower of the Damned. Scour a never-before-seen wing of Torghast as you fight new enemies and evade deadly traps with a variety of game-changing powers.

TAKE TO THE SKIES

If you’ve got your eye on the skies above the afterlives of the Shadowlands, you’ll be able to unlock flying by completing covenant activities and campaign chapters. Players who do unlock flying will then receive a specialized mount representing their covenant. Kyrian players will glide over gleaming fields on the backs of centurians, night fae will ride upon Ardenweald’s powerful wolf serpents, necrolords will charge into battle upon corpseflies, and venthyr will take to the skies on newly awakened stoneborn.

As you further support your covenant and earn renown, you’ll be rewarded with a new covenant cosmetic armor set. This cosmetic armor set comes in four different colors and can be worn by any armor type—cloth, leather, mail, and plate. Each armor set’s tints can be mix and matched with the others to provide a variety of different looks to suit your desired appearance.

JOIN THE FRAY IN SHADOWLANDS SEASON 2

Chains of Domination will also herald the beginning of Shadowlands Season 2. You’ll see the addition of a brand-new domination-themed affix in Mythic Keystone Dungeons and increased item levels for rewards. PvP Honor Talents will undergo a refresh, revitalizing lesser used talents for more options to unleash your full potential. New seasonal rewards for PvP include new colorations of the Gladiator and Mythic keystone mounts, and new Vicious mounts—Alliance and Horde-themed Gorm.

We hope you enjoyed this preview of Chains of Domination and Season 2, which will become available at a later date. The content update's features are still in development and subject to change, so be sure to check back for periodic updates on worldofwarcraft.com.