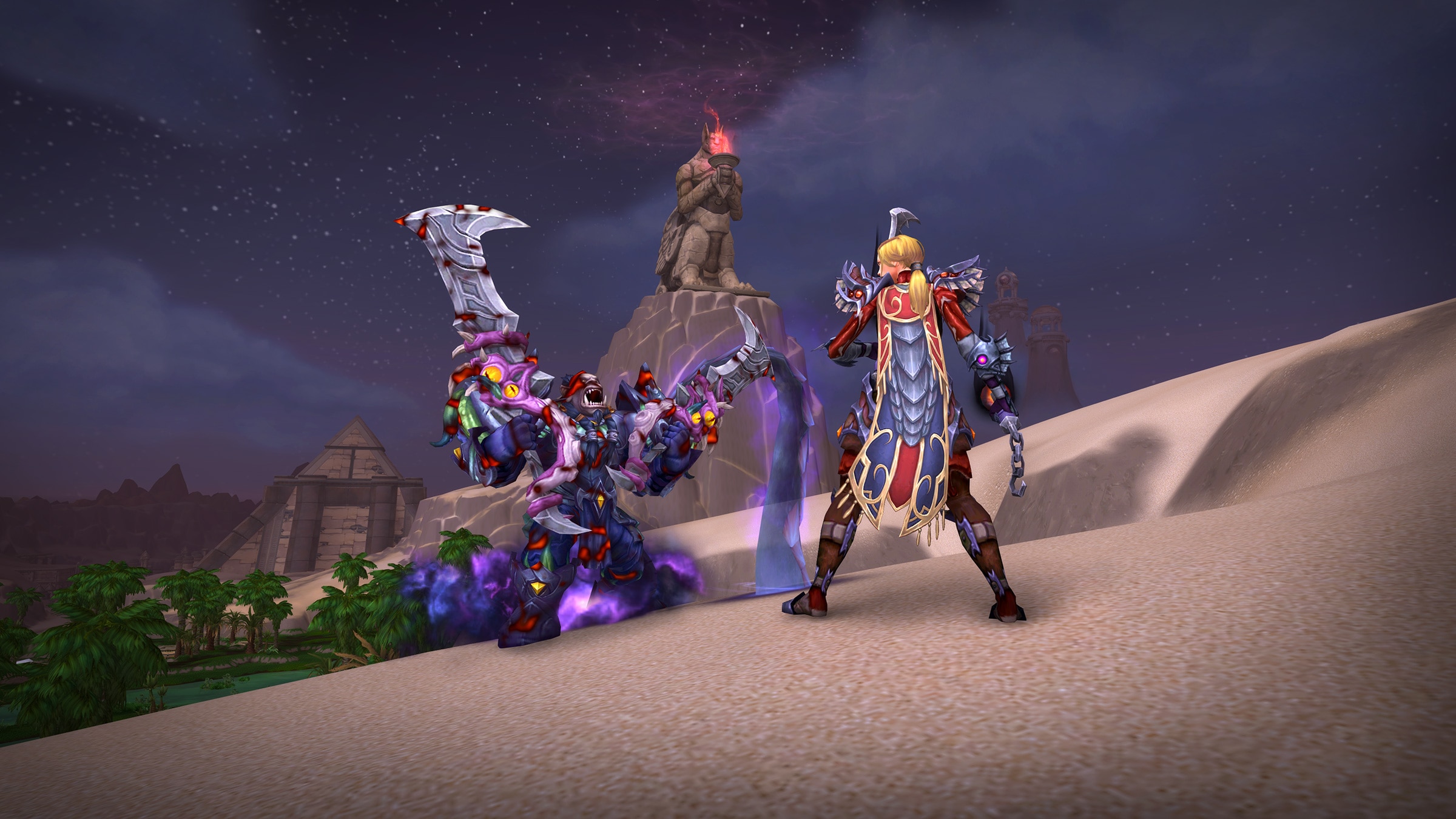 Updated June 24: MOTHER now sells Malefic Cores for 2,000 Echoes of Ny’alotha to players who have upgraded their legendary cloak to Rank 15. Malefic Cores can be purchased repeatedly up to the current maximum Corruption Resistance that the cloak allows (currently 92 Corruption Resistance, and with next week’s regional restarts this will increase to 95). It will still be possible to earn up to two Malefic Cores per week by fully clearing a Horrific Vision and/or defeating N’Zoth the Corruptor on Normal difficulty or higher.

With N’Zoth defeated and the Black Empire being driven out of Azeroth, MOTHER has examined the aberrations’ remains and can now create Preserved Contaminants—synthetic Corruption powers. To protect your mind from their devastating effects, she’s also devised a more efficient way for you to upgrade your legendary cloak Ashjra’kamas.

All max-level players can now use Echoes of Ny’alotha to purchase Preserved Contaminants from MOTHER in the Chamber of Heart. Once purchased, Preserved Contaminants can then be applied to a piece of armor or a weapon to imbue it with a Corruption Effect and the associated Corruption penalty. Even Season 4 equipment and previously Titan-cleansed equipment can once again bear the mark and power of the Black Empire.

Please note that exclusions still apply to other items that were never eligible for Corruption, such as engineering goggles (Azerite) or alchemist stones (trinkets).

The selection offered by MOTHER will change twice a week—mirroring the Assault cadence—and will cycle through all available Corruption effects at various levels of potency. MOTHER will sell several different Preserved Contaminants at any given time, in addition to Rank 3 Essences and Vessels of Horrific Visions, providing another way to access Horrific Visions so you can power up your cloak even faster than before.

TIP: Looking to earn Echoes of Ny’alotha? Characters who have completed the legendary cloak questline will immediately begin earning them from the usual sources.

Preserved Contaminants sold by MOTHER will rotate on specific schedule, so you should always know when to expect your desired corruption effect will be available for purchase. Starting this week after regional restarts, Contaminants will be sold according to the following rotation.

After analyzing hundreds of thousands of permutations on the most efficient path to empower Ashjra’kamas, MOTHER has shown Wrathion how to make Torn Pages more potent so you can upgrade your cloak to Rank 15 quicker. Now, each Rank up to Rank 15 can be achieved in a single Horrific Vision. For example, upgrading your Rank 13 cloak to Rank 14 now only requires 2 Torn Pages of “The Final Truth” (was 6), so if you’re currently in possession of 2 or more pages, you’ll turn them all in and immediately complete that quest. The following quest to upgrade from Rank 14 to 15 will then require that you go get 2 more new Torn Pages (was 8). The requirements for further minor upgrades to the cloak after Rank 15 with Malefic Cores have not been changed.

The time has come to wield terrible, terrible power!

Which Preserved Contaminant are you looking to get your hands on? Join the discussion on the forums.