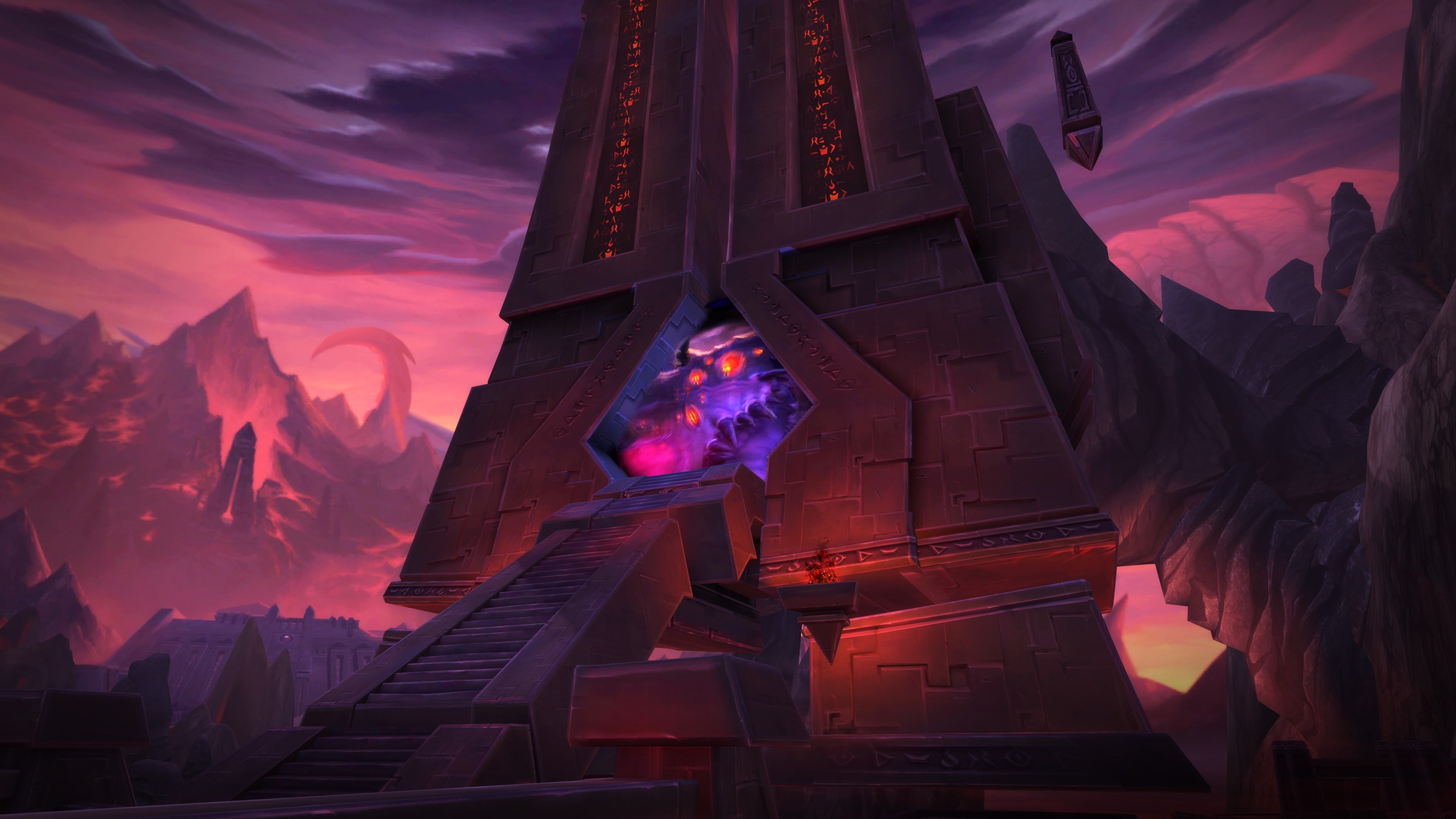 The events within the Eternal Palace have set the stage for the Old God N’Zoth’s release from his titanwrought prison, and an ancient corruption has taken root across Azeroth.

Return to Uldum and the Vale of Eternal Blossoms to take on N’Zoth’s corruption during new Assaults, bear witness to new Horrific Visions, recruit two new Allied Races, the fox-like vulpera (Horde) and the crafty mechagnomes (Alliance), and much more.

Delve into where nightmares dwell in Ny’alotha, the Waking City, a 12-boss raid set in the Void-shrouded heart of the ancient Black Empire. Confront mad heralds and inscrutable horrors, and ultimately go eye-to-eyes with N’Zoth himself in a fateful battle for Azeroth’s survival.

Ny’alotha, the Sleeping City, has awakened. Under N’Zoth’s command, the armies of the Black Empire threaten to engulf the world and reshape it according to their master’s vision. Only one hope remains: using the repaired titan forges to eradicate the Corruptor once and for all. But, in order to target N’Zoth with the forges’ power, the champions of Azeroth must venture deep into the horrific realm for one final confrontation against the Old God.

Shortly after the release of the Visions of N’Zoth content update, Battle for Azeroth Season 4 will begin including a new seasonal affix in Mythic Keystone dungeons, reward updates, and a new season of PvP action.