Rise of Azshara Preview: Navigate the Perils of Nazjatar in New Benthic Gear 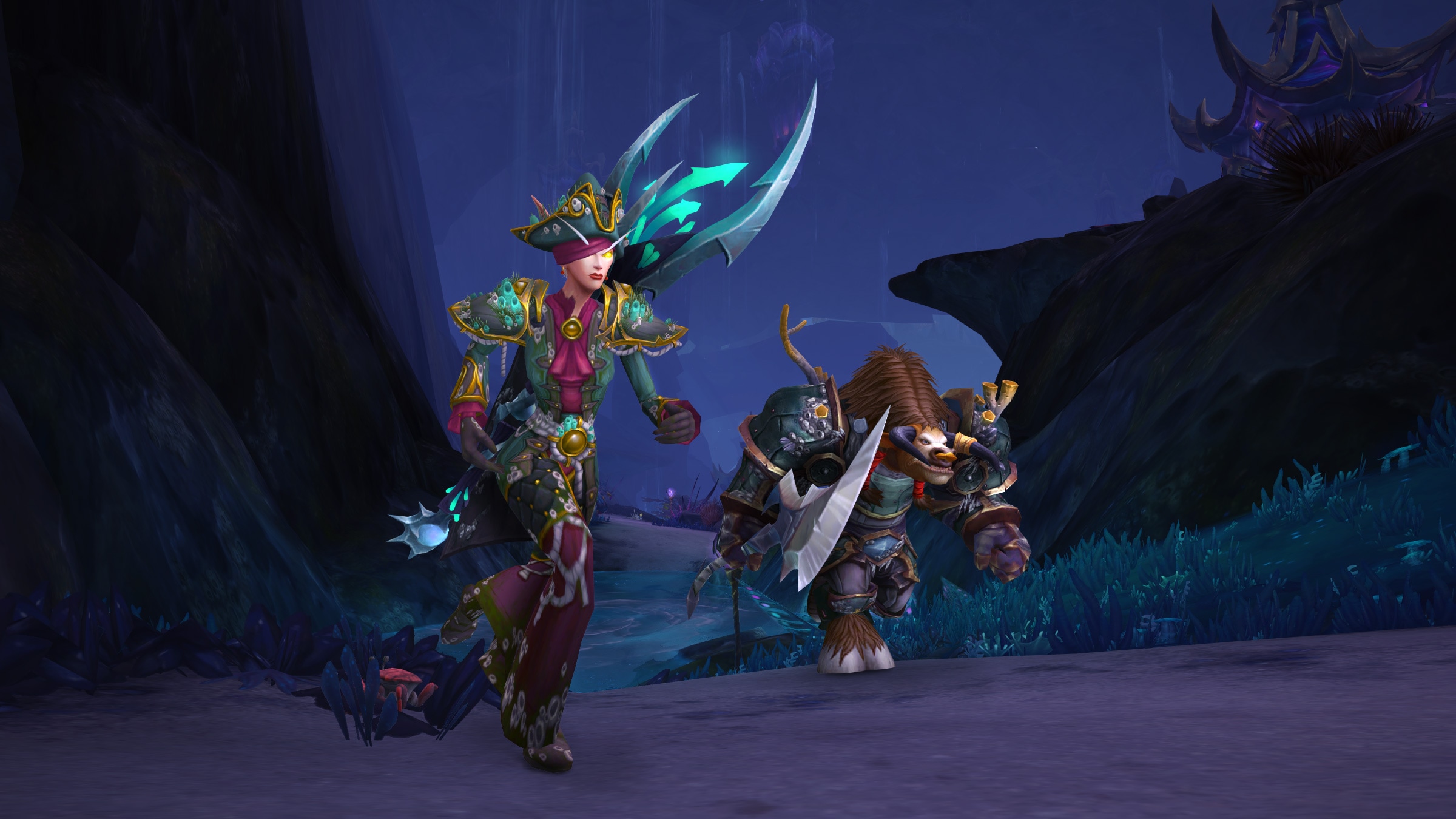 The odds are stacked against you in Queen Azshara’s home territory—but with the right equipment, you can turn the tides in your favor.

In Rise of Azshara, we’re introducing a new type of equipment called Benthic gear, which you’ll earn and collect while adventuring in the naga domain of Nazjatar.

As you explore Nazjatar, you’ll collect Prismatic Manapearls—soulbound currency you can spend to purchase Benthic tokens and upgrades. These bind-to-account tokens can be used to gain a piece of upgradable Benthic gear specific to your armor type (cloth, leather, mail, plate), starting at item level 385. With enough time and effort, players can dedicate their hard-earned Manapearls to upgrade pieces to ilvl 425, just shy of Heroic-level raid gear (ilvl 430).

Besides purchasing Benthic tokens with Manapearls, you’ll also sometimes find them in treasure chests and on enemies throughout the zone.

Each piece of Benthic gear boasts a thematic bonus that applies in Nazjatar and the upcoming Azshara’s Eternal Palace raid. These bonuses might provide effects that boost your damage, slow down your foes, or even increase your mount speed while adventuring through this perilous region. Customize your character with up to six unique bonuses. Put together pieces to create a powerful set for combat, collect a set optimized for exploration, or mix and match to have the best from both worlds. Additionally, each piece has predetermined secondary stats which allow you to have more control over your character’s build.

Benthic gear is currently available for early testing on the Rise of Azshara Public Test Realm, so make sure you jump in to check it out!