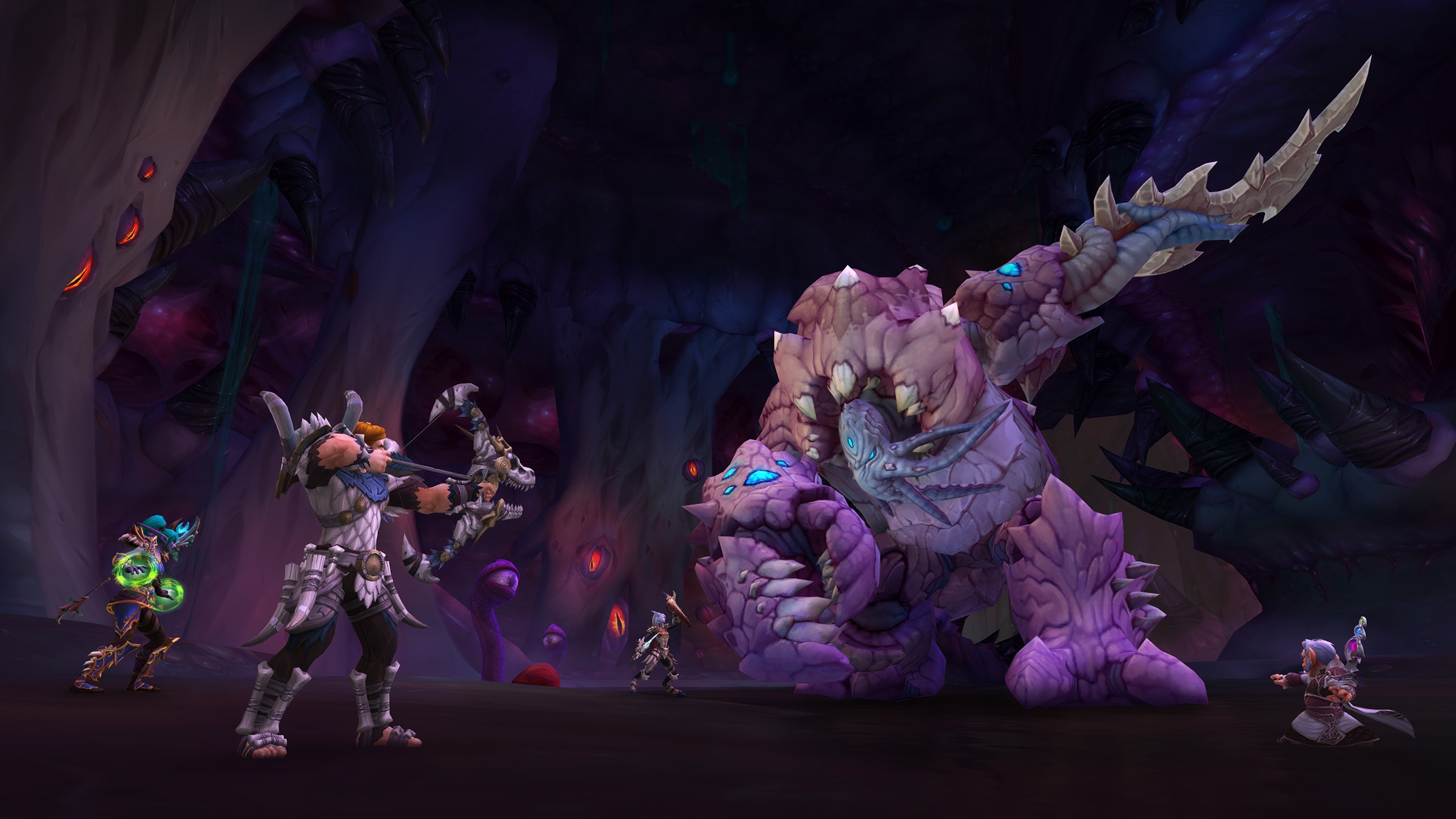 A long-submerged evil stirs beneath the Shrine of the Storm. The whispers that drove Lord Stormsong to madness echo within the depths, a siren song of eldritch power. Those who listen and obey prepare dark rituals to carry out their master’s will. Whatever nightmarish schemes fuel their fanatical devotion, one thing is certain: they must be stopped. 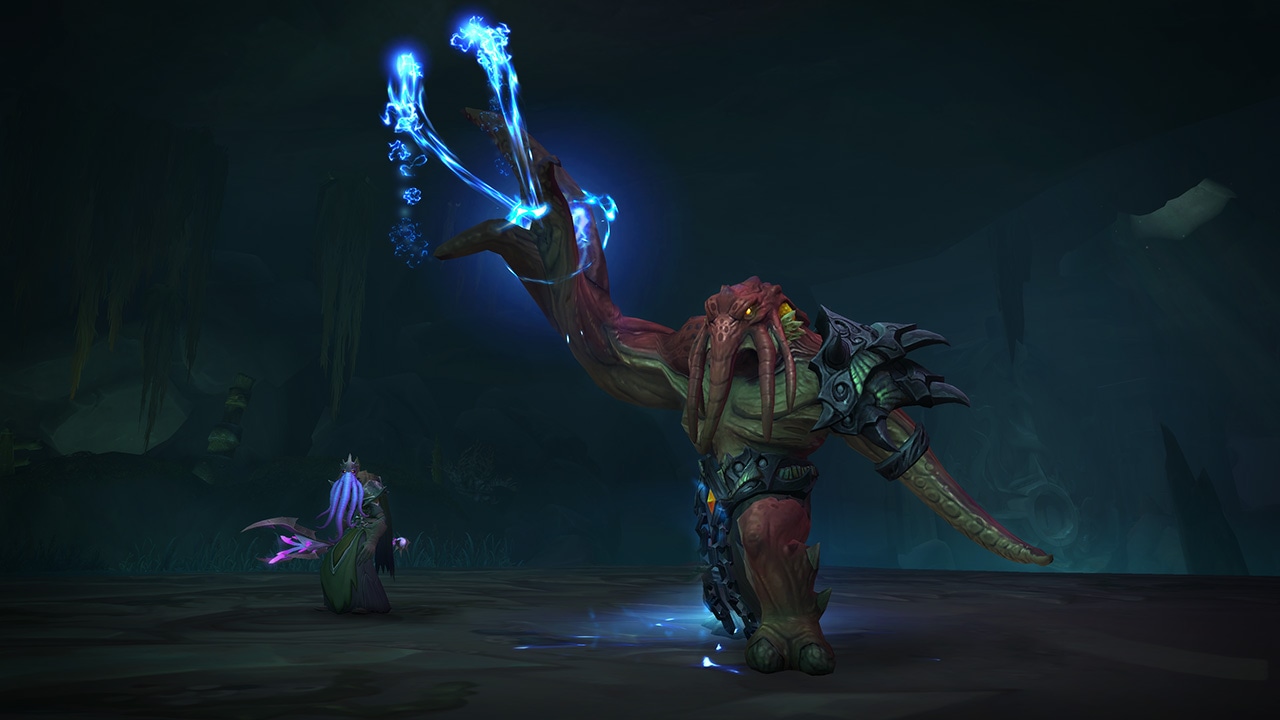 Called from the depths to retrieve three relics of ancient power, the Restless Cabal is bound to serve N’Zoth and attend to his will. Zaxasj speaks of promises and power, while Fa’thuul crushes their opposition with brute force.

Uu’nat, Harbinger of the Void 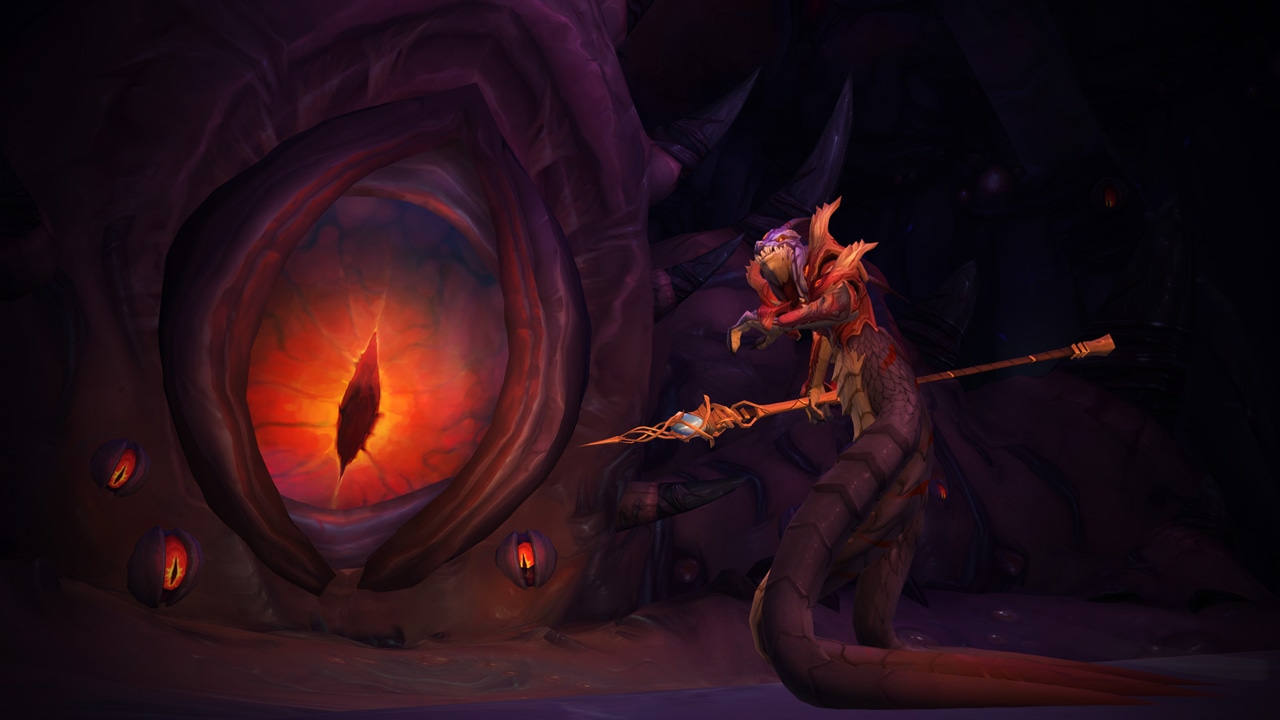 When she struck her bargain with N’zoth ten thousand years ago, Queen Azshara offered one of her most devoted followers into the Old God’s service. Now Uu’nat and the crawling masses he commands herald the coming of their master, as foretold by the stars.